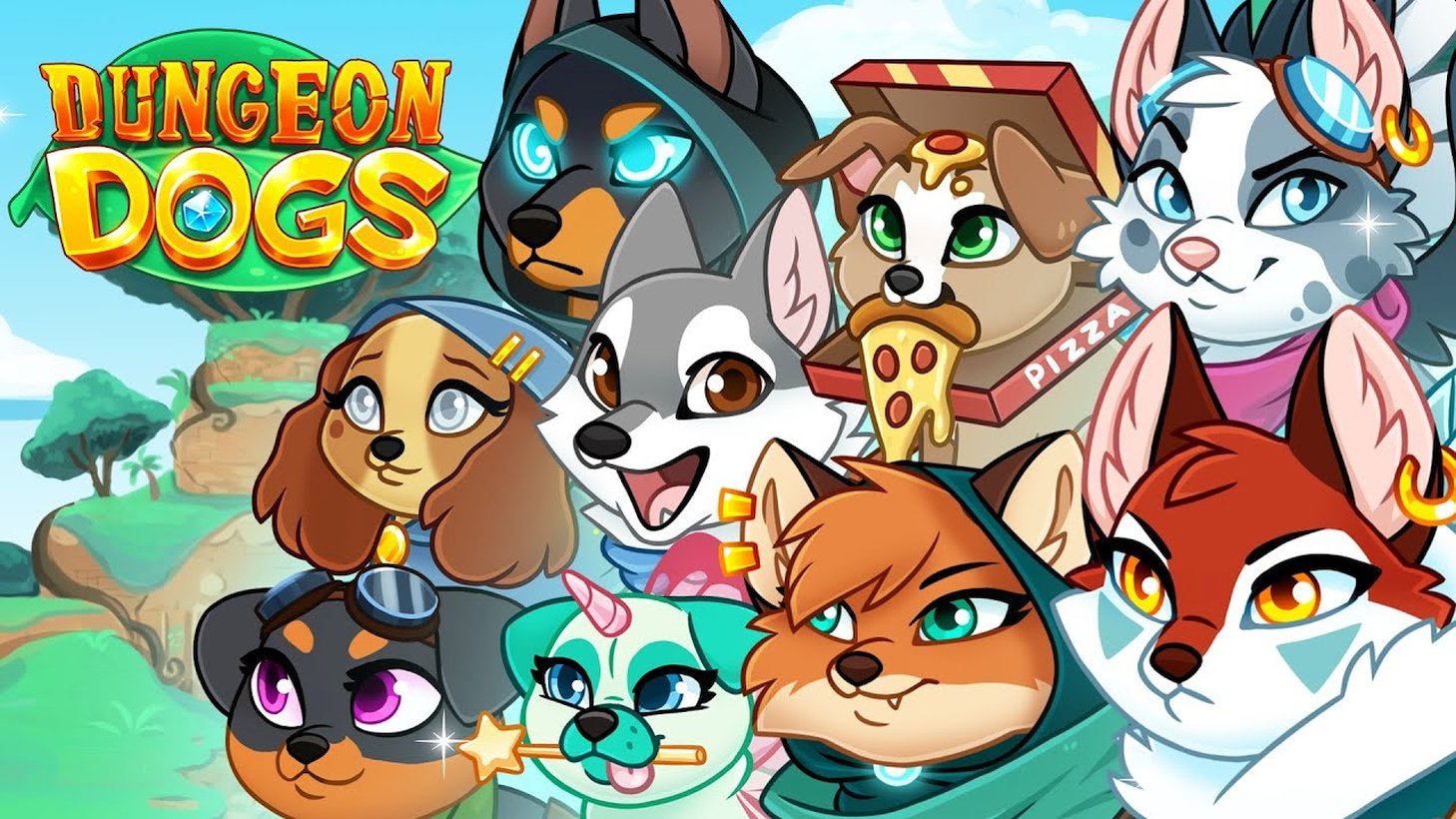 PocApp Studios AB has announced the release date for its upcoming mobile game, Dungeon Dogs. The game has been active on Google Early Access in Sweden and already received a positive reception for its upcoming worldwide release.

Dungeon Dogs follows the successful idle RPG by the same studio called Castle Cats (which has been download over five million times so far). The game stars a cast of lovable dogs instead of cats.

The game stars Lyra, Ken, Poppy in the kingdom of Lupinia. An evil cat king is reigning supreme over everyone and has made dogs second-class citizens. The canine heroes have heard there is a hidden heir to the throne who may be their only hope to take the throne away from the evil cat.

Dungeon Dogs expands upon Castle Cats with new gameplay features but set in the same universe. The game is an idle RPG where players can build, collect, and craft while a player is either actively playing or while inactive.

Dungeon Dogs contains over 85 new narrative-driven quests at launch. More quests are in development. As players complete each quest, they’ll learn more about the hidden heir. Special events are also unlockable through the questline.

Similar to Castle Cats, there are several heroes to collect. Dungeon Dogs has 45 original heroes to collect at launch, but the developer plans on updating the game with even more canines in the future. There are a total of ten exclusive event heroes, with crossover characters from Castle Cats.

The canine heroes can fight in various battles, which players can either participate in or leave idle. When players return to the game, they can collect any rewards. Heroes will also get to unlock additional skills, traits, and outfits. There are over 100 possible customizable combinations.

PocApp Studios AB has only included the first act of the game at launch. The company plans on releasing more content over time. Players can give feedback on social media or through the official Discord server for the game.

Dungeon Dogs is rated for players aged 13 and above. The game is available to wishlist now on iOS and Android but will be free to play. There are additional in-game purchases available.

Castle Cats continues to be popular with players as well. The game not only hosts special celebrity cats as cameo stars but also helped raise over $20,000 for various animal charities.

Dungeon Dogs launches on iOS and Android on August 19.