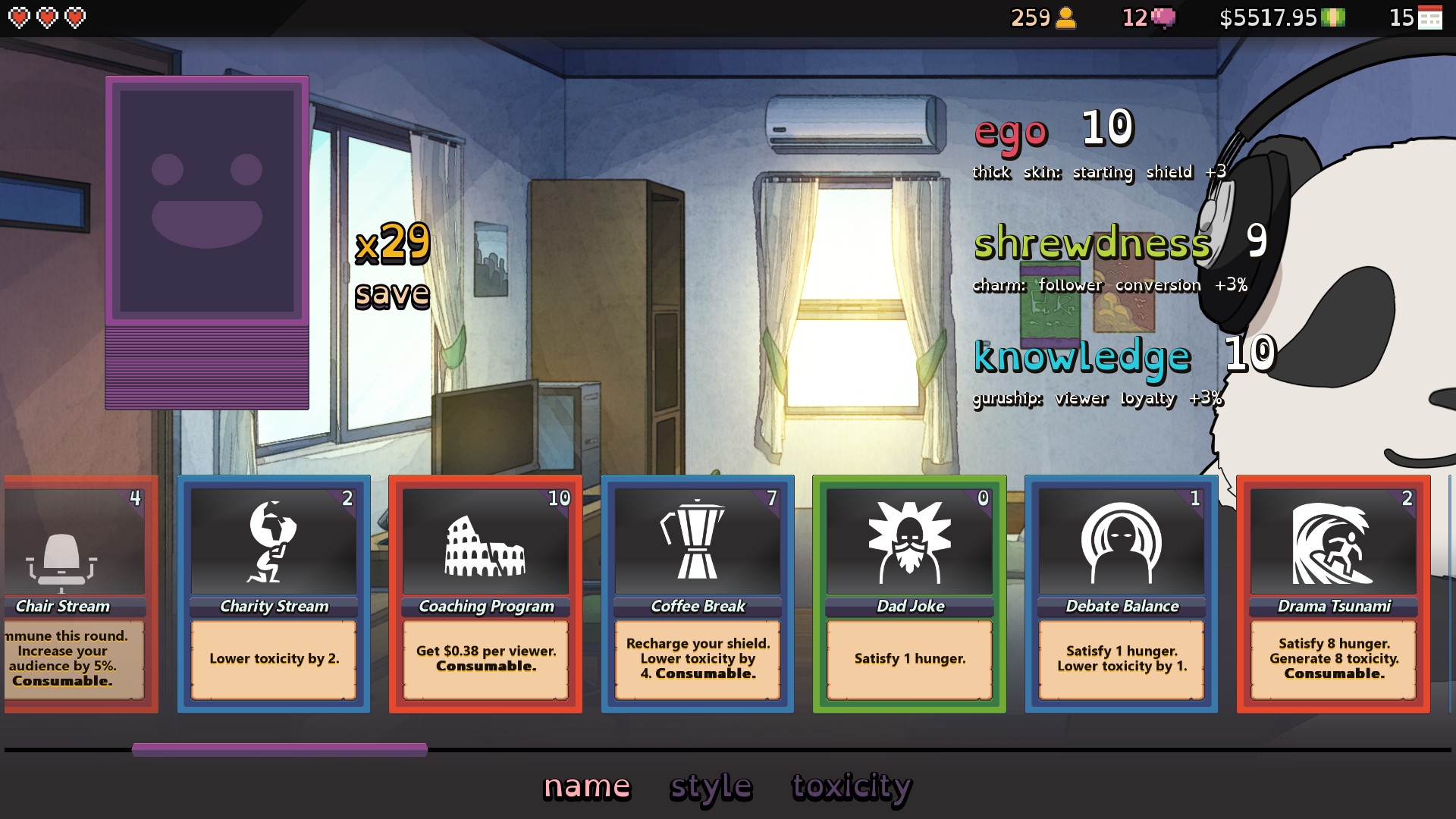 Micro indie development Ultaan Games has announced the release date of its upcoming game Watch Me Stream My Mental Breakdown. The game will only launch on Steam but for Windows, Linux, and Mac.

Watch Me Stream My Mental Breakdown is a story-driven deck builder. The game stars a panda who dreams of steaming video games daily as a career. However, the panda’s friends and family don’t believe that the panda should spend their time on a goal, so few reach it.

RELATED: Blizzard's Removal Of The Original Warcraft III Client Proves They Learned Nothing From Classic

Players will have over 100 “flavorful” cards to strategize with to grow their streaming channel. Similar to running a real streaming channel, there are incredibly slow but realistic audience growth mechanics. Players have to decide if they want to stream every single day at the expense of their health.

The panda doesn’t have many options to choose from. Picking streaming over real-life events will have consequences for the small chance that streaming will pay off. The game is ultimately about a careful balance between mental health, a successful career, and making dreams come true.

RELATED: Some Exciting New Details Will Emerge On Marvel’s Avengers This Year At San Diego Comic-Con

Speaking of which, 'Watch Me Stream My Mental Breakdown' launches on January 19th on Steam!
🧠🗓️#indiedev#indiegame#visualnovel#twitch

The Steam page is available now with more information and previews of the game. Some scenes show how disappointed Panda’s family is. The bear’s parents express their unhappiness with Panda spending so much time streaming instead of studying.

Granny Rin, the Panda’s landlord, will also require monthly rent. If Panda makes the right decisions and has a great stream, it means that they will have money for the necessities. Players can opt to tell Granny they need more time, but the landlord will only accept excuses for a short time before Panda loses their apartment.

While many of the options and previews for the game show negative consequences, Panda can make their streaming adventures pay off. Once Panda is successful, they can happily tell father Panda that playing video games all day in front of an audience is a worthwhile career choice.

Watch Me Stream My Mental Breakdown contains multiple endings. It’s up to players to choose the best path for Panda or watch as their life becomes worse.

A free demo is available on PC now through itch.io and Steam. The playable demo is a small preview into the game before it launches this month and covers the first eight weeks of the story.

Watch Me Stream My Mental Breakdown launches on January 19 for PC via Steam.

WATCH ME STREAM MY MENTAL BREAKDOWN