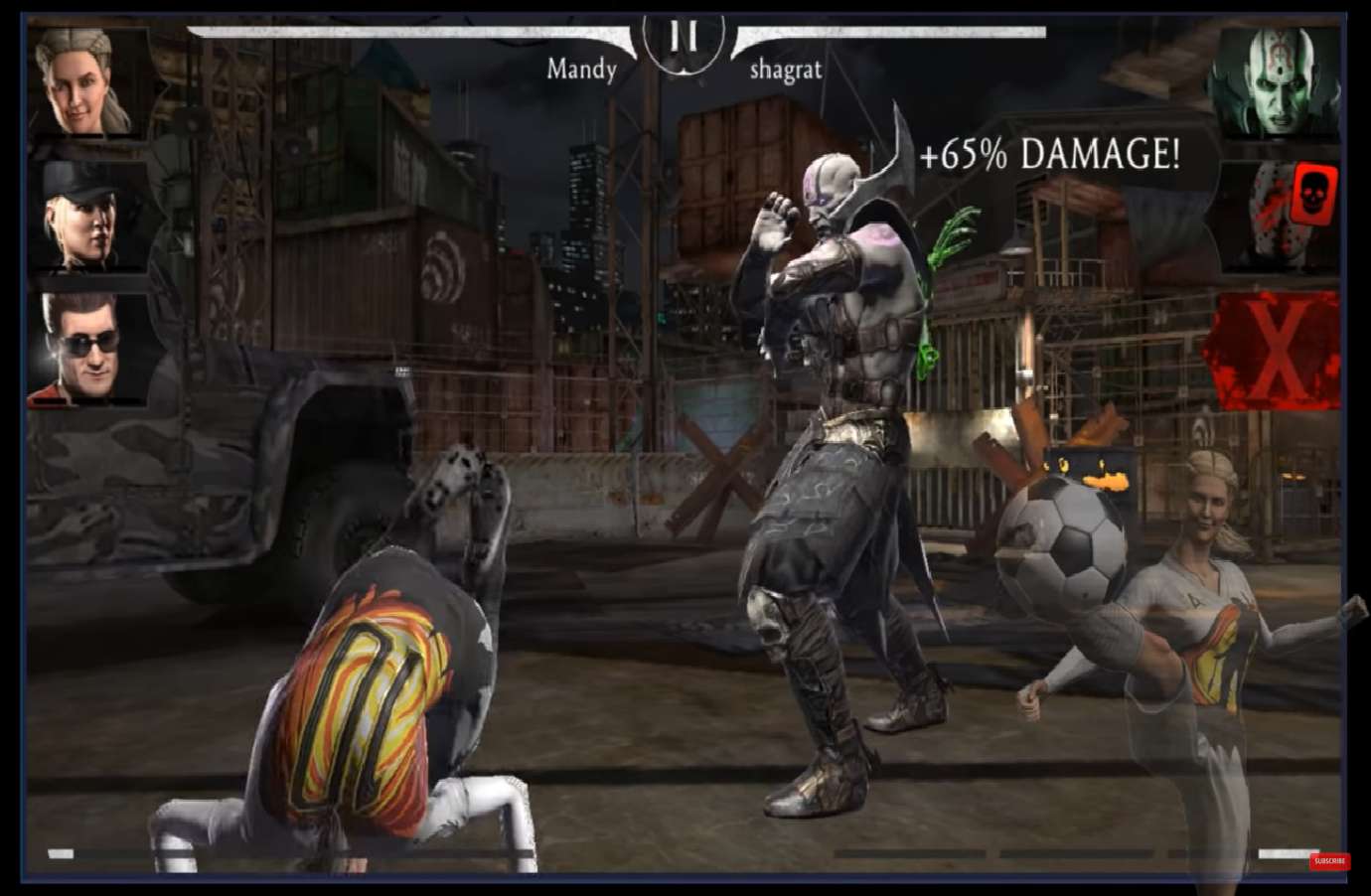 It’s time for the other soccer character in Mortal Kombat Mobile to make her appearance. Kombat Kup Sonya Blade is ready to protect the goal in her weekly tower.

Sonya Blade is one of the oldest characters in the franchise, dating back to the original Mortal Kombat. A Lieutenant in a fictional version of the U.S. Special Forces, Sonya joined in the Mortal Kombat Tournament to pursue the Black Dragon Leader, Kano.  After Liu Kang defeated Shang Tsung and won the critical victory for Earth Realm, Sonya teamed up with Johnny Cage and Kano to defeat Goro as Shang Tsung’s island began to crumble, when she was captured and taken to Outworld.

Sonya was out of commission during the second game, though she was able to send a message to her superior, Jax, while she was captured. She was shown to be in chains and on display on Shao Kahn’s stage.  After Liu Kang defeated Shao Kahn, Sonya was freed by Jax, though Kano managed to escape custody.

Sonya was one of Raiden’s chosen worlds during the Outworld invasion, again facing off against Kano, whom she defeated and assumed was dead. And once again, Liu Kang defeated Shao Kahn and saved Earth Realm.

It was here that Sonya was made a member of the new Outer World Investigation Agency, where she and Jax worked to defend Earth Realm from threads from other Realms. She went after Jarek, the last “surviving” member of the Black Dragon, and was enlisted by Raiden to stop Shinnok when her search led them to Edenia.

Sonya would once again heed Raiden’s call after Shang Tsung and Quan Chi killed Liu Kang during the opening of Deadly Alliance, where she would join in with the efforts to stop the sorcerors. She was killed during this attempt, marking the first of three times Sonya has died in the series.

Sonya was resurrected by the Dragon King Onaga but had her soul restored by Ermac in Deception and returned to her duties in the OWIA.

This led to her in Armageddon, where she tried to interrogate Taven over what happened at the Tekunin base before realizing that he had nothing to do with it and let him go. She was last seen during the opening cinematic alongside the Forces of Light fighting Frost. At some point, she died during this battle, marking her second death.

During the rebooted Netherrealm timeline, she once again shows up during the first tournament chasing Kano, but also trying to free her superior Jax. She succeeds in this task, and like her previous timeline, was captured and taken prisoner in Outworld, only to be freed by Jax.

Her timeline during this era changes slightly during Mortal Kombat 3’s part, where she has no interaction with Kano, but instead is beaten to near-death by Sindel before she is defeated by Nightwolf. From there, she watches Raiden defeat Shao Kahn, ending his threat for good.

Her Mortal Kombat X timeline is different from her MK4 timeline, too. Here, she’s fighting alongside future husband Johnny Cage to stop Shinnok, where she is briefly captured, forcing Johnny Cage to turn on his “green energy” to protect her. The next point in the timeline has her unknowingly pregnant with Cassie Cage but was part of the assault on Quan Chi’s base, where her actions helped free Jax, Sub Zero and Scorpion from Quan Chi’s control.

She’s seen again 20 years later as the no-nonsense General, where she orders Cassie’s team into Outworld to retrieve Shinnok’s amulet, and she briefly fights Kano, whom she attempts to kill before being talked down by Johnny Cage. She shows up in the ending having a tender moment with her family.

Unfortunately, this incarnation of Sonya heads into her 4th death, having to blow her self up after being trapped in Dark Emperor Liu Kang’s fortress. Her death was in vain, as the Titan Kronika undid all her efforts and unintentionally brought back the younger, MK2 era Sonya forward in time.

The MK2 era Sonya worked with her future daughter and still immature future husband, where she finally managed to kill Kano once and for all.

But it is the MKX version of Sonya that Kombat Kup Sonya is based on. Kombat Kup Sonya is unique in that this version does not exist in MKX, and all her attacks are kicks, as befitting of a soccer player. When she tags in, she pulls the current combatant out of the match until all other fighters have been defeated. Her special 2 is also unique, but her special 3 is her MKX Xray move.

Kombat Kup Sonya has quite the pedigree to her name, but she’s a fun character to use. Players won’t want want to miss out on the opportunity to pick her up this week.