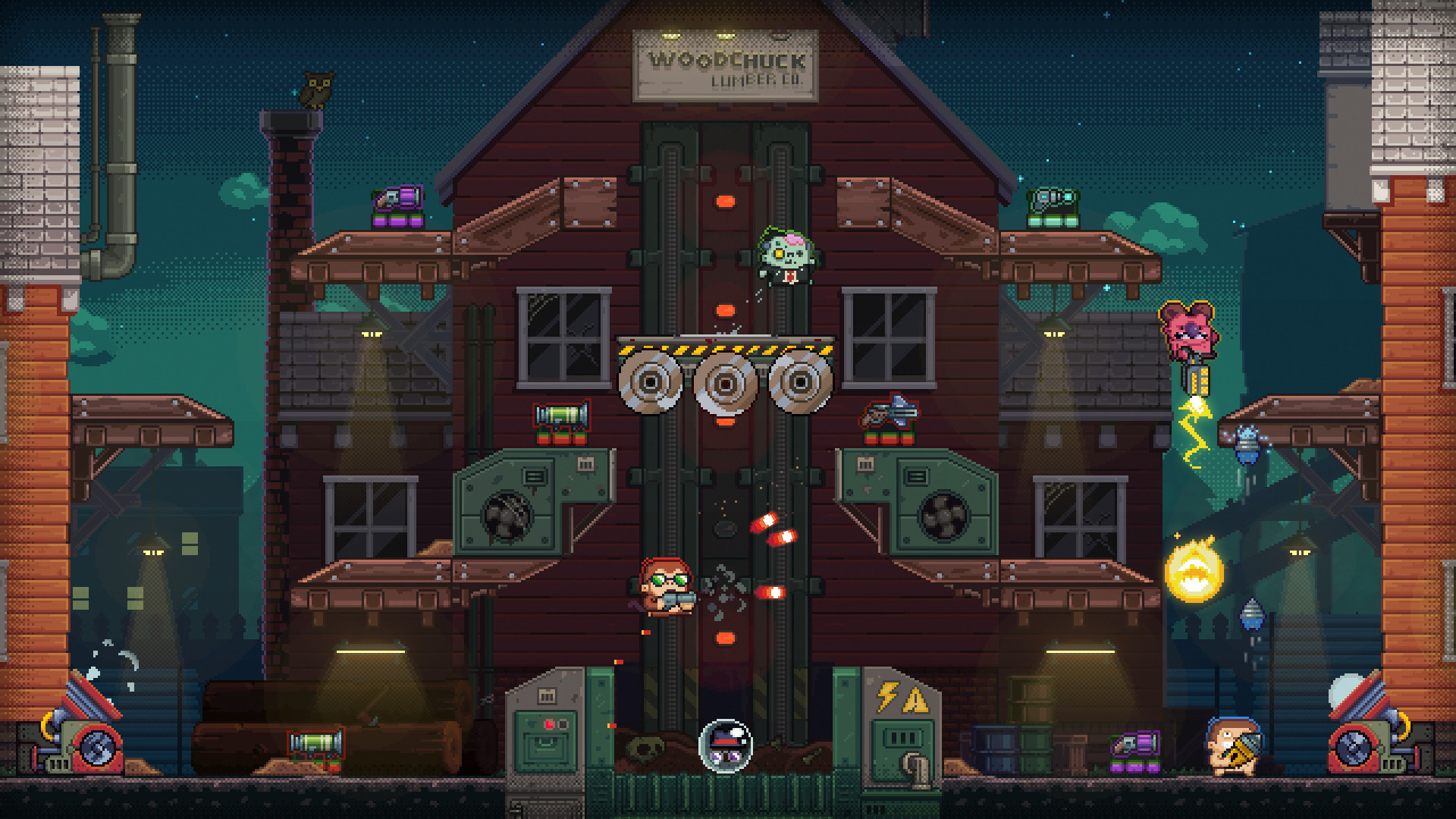 Guntastic is a fast-paced brawler experience that lets players battle it out either locally or online. Take control of several different characters as you try and master the nine unique weapons in the arena. This is a throwback title to 16-bit coin-ops era that runs on modern platforms. The expected release date is December 4th.

This is a great short term brawling experience that would settle most arguments. Enjoy the 1v1 potential as you battle it out in a fun gun filled brawling landscape. So grab a controller, pick a character, and enter the arena of Guntastic.

Enjoy a unique and fast-paced shooting experience with a comically violent battle arena. This is a world of one-shot one-kill battles as players can quickly dispense justice in battles that last less than 25 seconds. Enjoy forcing friends to be forcibly eliminated as you battle through a unique 16-bit title that is a blast from the past.

Although not fully released, this title is available on early access where it has allowed fans t help develop its trajectory. Anyone wanting an early experience can purchase this title on Steam prior to the December 4th release date.

This is another tile that runs on the easy to learn, hard to master mechanic. Players can pick up the controls and enjoy the unique diversity that is present in this title. Due to its fast-paced and lethal combat system, it may take several rounds before anyone truly knows what is going on in this arena.

Players all play on the same screen making this a great title for couch coop and local multiplayer. Battle against players from across the world in several online multiplayer matches as players experience unique situations in every match.

Enjoy the retro visuals, comical action, and fun design as players reminiscent of a different era in gaming. This title is filled with love for the classics and it visibly shows in both the graphics and soundtrack.

Each map is handcrafted to try and give players the most dynamic experience when it comes to fragging and destroying opponents. Enjoy unique and over the top weapons that are scattered across the map.

Guntastic is a great game for players of all ages. Enjoy the fast and frantic arena with family, friends, and anyone else as you become top dog at a new challenging experience.

Guntastic is set to release on Xbox and PC as of December 4th. 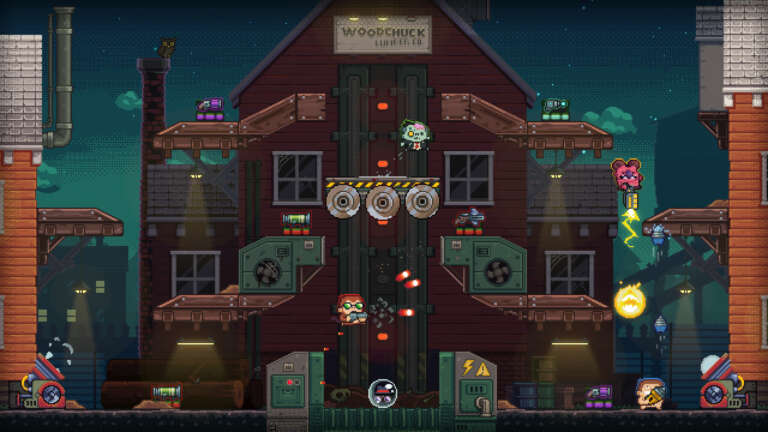 Nov 21, 2020 Joshua Goodpastor 4420
Guntastic is a fast-paced brawler experience that lets players battle it out either locally or online. Take control of several different characters...