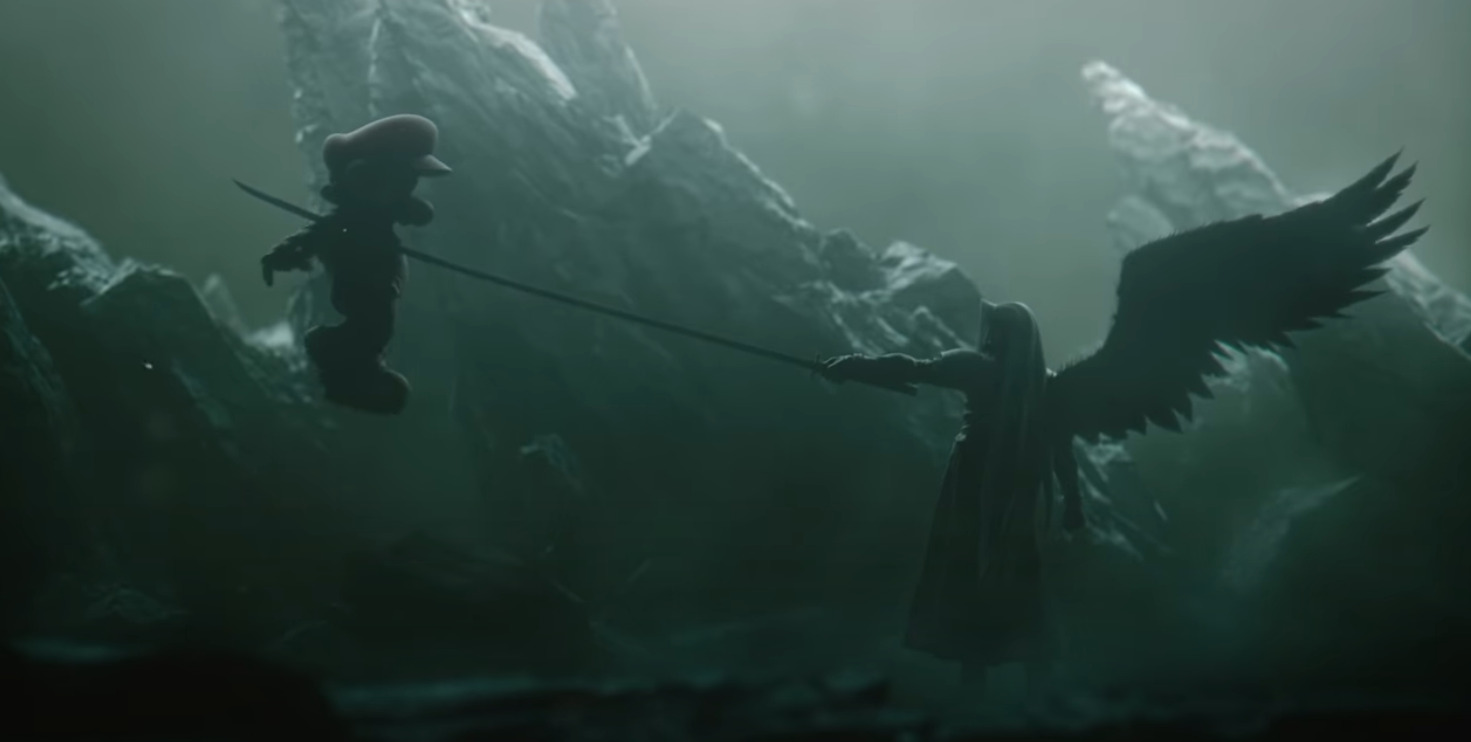 It’s official. One of the greatest villains in the history of video games will be coming to the Super Smash Bros. Ultimate roster.

Last night, during The Game Awards, it was revealed that Final Fantasy VII’s primary antagonist, Sephiroth, will be the next DLC fighter added to what is already the number one selling fighting game of all time.

The trailer that accompanied the announcement was absolutely epic in scale.

We see the majority of the Smash Bros. Roster, mostly devastated by an army of Master Hands. Then, the villains are easily bisected and the familiar opening notes of One Winged Angel begins to blare.

Then we see him. Not only do we see him, but Final Fantasy VII’s main hero, Cloud Strife (who is on the Smash Bros. roster already), also sees his ultimate foe and, in a foreboding line etched with dread, utters the name of Sephiroth.

“Sephiroth Descends to Battle,” it suddenly says on the screen, making this announcement official.

Sephiroth smirks and says, “I have been waiting for this moment. Now, I shall give Smash despair.”

This is a take on a classic line of Sephiroth’s from the movie Final Fantasy VII: Advent Children. When engaged in a brutal battle with Cloud Strife, he says, “I’ve thought of a wonderful present for you. Shall I give you despair?”

We’re then treated to a fast paced trailer showing off Sephiroth’s absolutely insane looking move set. We get to watch him battle the likes of Pitt, Terry Bogard, Mewtwo, Princess Zelda, and more.

We even get a look at a Final Fantasy VII inspired stage, which appears to be the bottom of the Northern Crater, where he is encountered at the end of the game.

Various characters attempt to dive bomb Sephiroth but he shrugs them off with casual indifference. It even appears at one point as though he skewers Mario. (Don’t worry, he’s only hooked the strap of Mario’s overalls with his sword)

Then we get the fated encounter as Cloud swoops in and starts facing off with Sephiroth, before unleashing his Omnislash Version 5 finishing maneuver, which he finished Sephiroth off with in Advent Children.

The trailer ends with Cloud defeating Sephiroth, as they exchange lines in a retelling of their classic Advent Children encounter.

“Stay where you belong,” Cloud says, “in my memories.”

“I will never be a memory,” Sephiroth responds, before rising up in the air, covering himself with his signature wing, and transforming into the form of Safer Sephiroth, one of his terrifying monster forms from the end of Final Fantasy VII.