Ravenscourt and Voxler have announced the tracklist for the upcoming game Let’s Sing 2021. The game will contain several popular songs from the past year along with a brand new mode.

Let’s Sing 2021 is the latest installment in the long-running Let’s Sing franchise. Players can either sing alone or with friends by either sharing two mics with up to eight friends in the “Let’s Party” or “Pop Chicken” mode.

The game will contain 30 new and classic songs to sing to. The international selection includes Billie Eilish with “Bad Guy,” Tones and I with “Dance Monkey,” Jonas Brothers with “Sucker,” Panic! at the Disco with “High Hopes,” Ariana Grande with “Thank U, Next,” Genesis with “I Can’t Dance,” or Seal with “Kiss From A Rose.”

The new Legend Mode is a solo-experience. The avatars will become the player’s opponents, and their skill levels only get better. The mode features 16 challengers, with three basic challenges to test a player’s talents, followed by a final boss battle. This mode was created to help singers feel a sense of progression.

Previously released modes will also return. Classic mode allows players to sing solo or with friends. Feat. mode will bring singers together to find their perfect match. Players will take on the world in World Contest to reach the top of the leaderboard or have fun with friends. This mode will show the performance of the other singer as if both are performing together.

Mix Tape 2.0 mixes different tons together, which is dynamically generated. The music will never play the same song twice. Jukebox plays back relaxing song or players can create a custom Playlist for any of the other game modes.

Let’s Party is the ultimate option for large groups. Eight singers team up in two teams with two mics in a randomly chosen game mode. This mode adds “Pop Chicken” into the mix, where singers perform for mystery boxes with bonus traits.

While the game does require a mic, players don’t have to purchase one to play. They can download the microphone app on their mobile devices to easily join the party.

Let’s Sing 2021 launches on November 13 for Nintendo Switch, PlayStation 4, and the Xbox One family of devices.

The Sims 4: Snowy Escape Livestream Reveals More Information Ahead Of Its Release 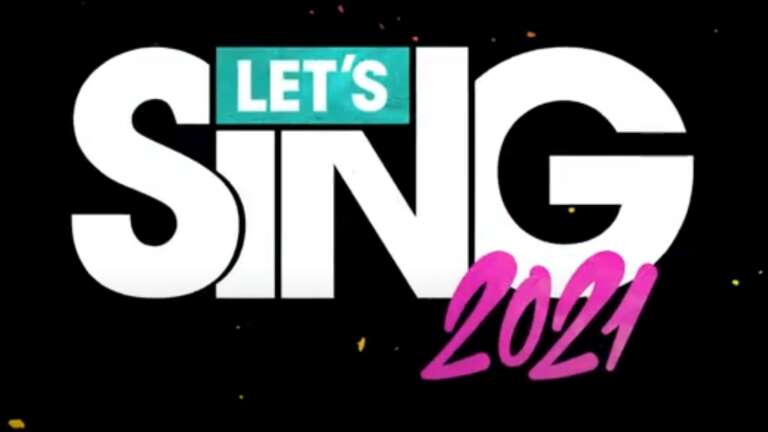 Nov 1, 2020 Lisa Nguyen 8430
Ravenscourt and Voxler have announced the tracklist for the upcoming game Let’s Sing 2021. The game will contain several popular songs from the...

Sep 11, 2020 Lisa Nguyen 29202
Ravenscourt and Voxler have announced Let's Sing 2021 for consoles, including the Xbox One family of devices. The karaoke game will be out later this...