Developer ClaudiaTheDev has launched the Kickstarter campaign for Ova Magica. The title will launch on Steam next year and is currently in development. Top Hat Studios was previously announced to publish the game.

RELATED: The Creatives At Bossa Studios Are Working On A Pigeon Simulator; Unveiled An Official Announcement Trailer

Ova Magica is a colorful farming game with monster raising elements. Players will train cute blob-like creatures, maintain a farm, and make friends with the residents of nearby Clover Town.

The farm contains a variety of crops and fruit trees to care for. While farming may be easy to start, to grow good crops, players will need to produce quality food for their blobs.

RELATED: Valorant's Aesthetics Are Surprisingly Dated; There Is A Good Reason For That

The blobs hatch from eggs and have to be trained. There are a wide variety of blobs within the game. Some may appear like farm animals, but there are also fantasy creatures to discover.

Blobs are used in battle but don’t receive experience after winning. Blobs will only grow stronger by being well-fed, loved, and using specific skills in battle. Blobs can also be trained to help care for crops on the farm.

Battles take place in the wild or with other trainers. The game contains a strategic Active Time Battle system. Attacks throw players back to the ATB bar, and current actions become cancelable. Sometimes it’s better to defend instead of remaining on the defensive. The environments also have an impact on how powerful a skill will be.

Going on adventures in the world will be important. Players can explore dangerous mazes to find rare eggs and other treasures. The dungeons change each time players enter with a strong boss blob waiting at the end.

In Ova Magica, it’s important to get to know the residents of Clover Town. By building relationships and making friends, players can being lifelong companions. Players can increase their relationships by talking, battling, and giving them gifts. This will help unlock new events, locations, and more to experience the full game.

The developer is slowly announcing more of the romanceable characters. The first two to be announced are the twins Jade and Ruby. Jade is a cheerful, hardworking farmer. Meanwhile, Ruby is an energetic blob trainer who is determined to become the best. She even considers the player her “rival.”

The Steam page for Ova Magica is available to view now. The planned release date is currently planned for Early 2022. By following the page, players will receive updates and news about the game as soon as they’re available. Additional platforms include Nintendo Switch, Xbox One, and PlayStation 4.

RELATED: The Extreme Sports Game Steep Is Being Offered For Free On The Epic Games Store Right Now

Ova Magica is now available to fund through Kickstarter. The campaign ends on February 26.

When Does Apex Legends Season 8 Start? Fuse And Changes To King's Canyon On Their Way 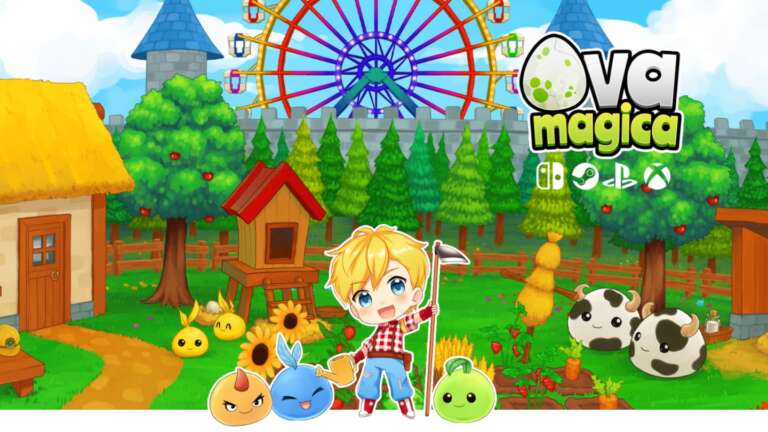 Feb 1, 2021 Lisa Nguyen 10580
Developer ClaudiaTheDev has launched the Kickstarter campaign for Ova Magica. The title will launch on Steam next year and is currently in...