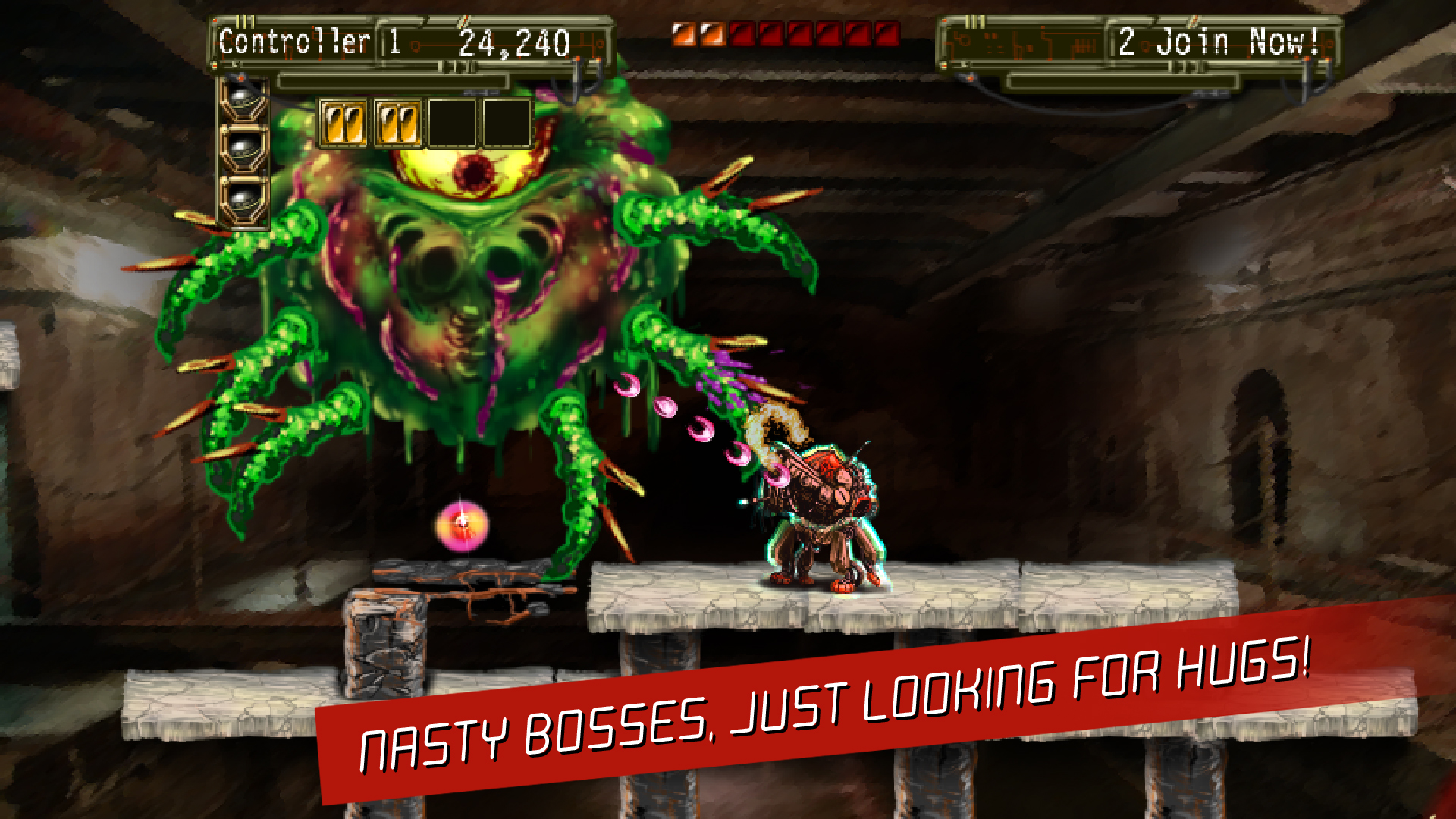 From developer Super Soul and publisher Mommy’s Best Games comes an exciting retro-themed mech action shooter. Explosionade DX is launching onto consoles on March 18th and bringing all of its explosive action to a new audience of fans. This unique twist on 2D mech games will shock and surprise audiences as they blast their way through a unique adventure.

The title is a revised version of the original Explosionade, which was released on Steam. The DX version includes 60 rebalanced levels, online features, 4k art, and more, all with the goal of upgrading this game’s unique blend of insanity. Enjoy 2-play coop action and the revolutionary bouncing bubble shield that appeared in the original title.

The story of Explosionade DX follows the adventures of First Lieutenant Terry Atticus. This screw-up soldier’s friends are storming the Horronym Fortress on a unique mission, but Colonel Bouche places him in charge of guarding the supply depot. Rather than following orders, Terry opens the depot and finds a prototype mech.

RELATED: Mini Motorways Unleashes The Traffic Czar In You And Will Unleash Your Urban Planning Skills

Naturally, Terry decides to give it a spin and takes it into the sewer only to find a secondary invasion coming for the base. Now it is up to Terry to fight off the horde of enemies in the sewer and save his military from a stunning defeat.

Travel across subterranean strongholds and take on bipedal aliens across 60 levels. Players are armed with the recharging MegaNades, which can rip through destructible environments in glorious machine gun action. For defences, the mech comes with the Bubble Shield, which can block attacks and then bounce around the room, smashing enemies.

Bring a second player in for the game’s coop mode and share the glory of this alien killing experience. The title does come loaded with multiple difficulty modes, and gameplay speed controls so that players can adjust as needed to find the best challenge within this title.

The game is completely hand-drawn with smooth animations and amazing pixel effects. Enjoy the remastered 4k resolution with 60 fps action within this 2D adventure.

The Deluxe Edition includes the core game but adds in new enemies, levels, features, and even a leaderboard for some semi-competitive action.

This title is not designed for younger audiences but is great for players ages 15 and up on average. The action is cartoonish, adventure explosive, and the overall theme is comedic as players go on an epic journey of destruction.

Explosionade DX is launching on PS5, PS4, Xbox One, and Nintendo Switch as of March 18th. 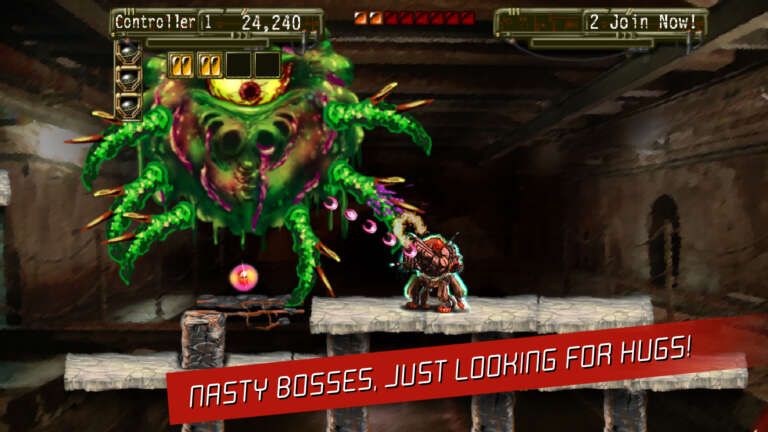