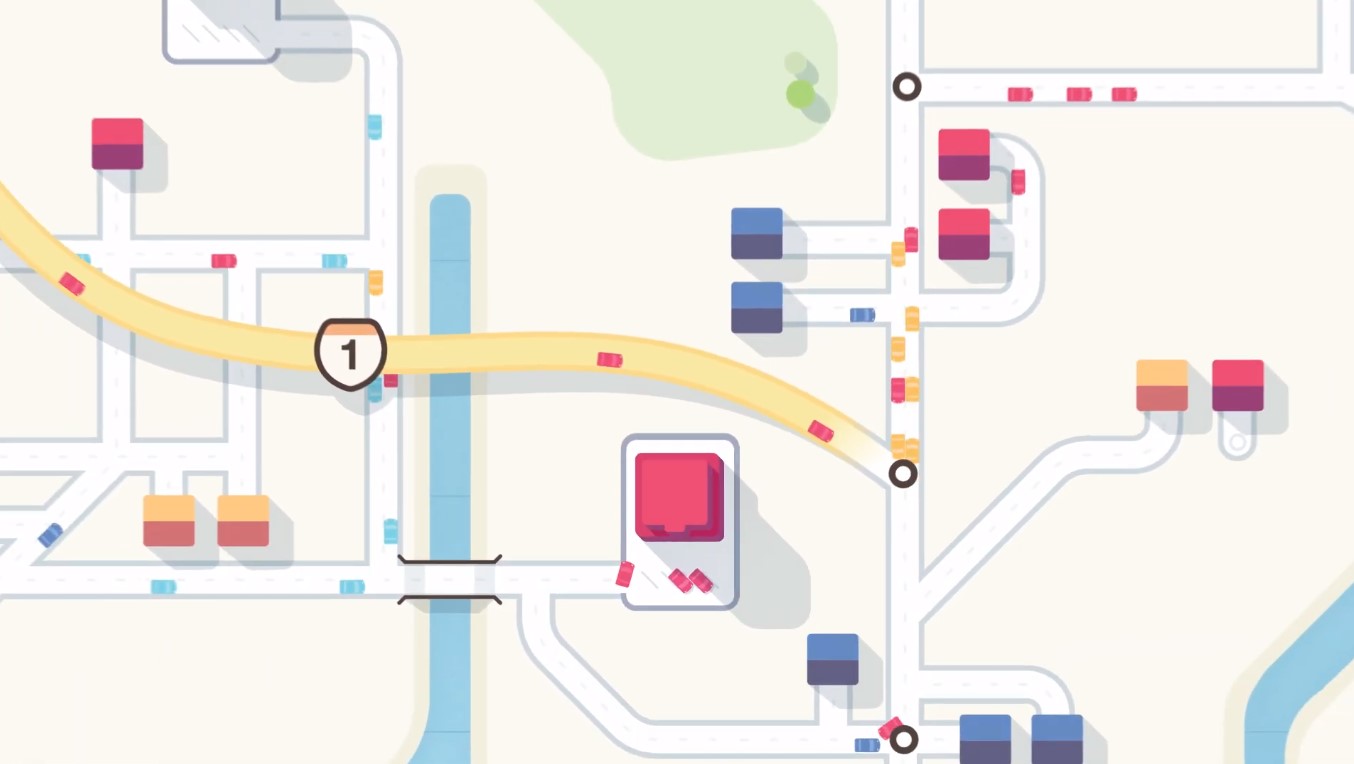 If you are the type who takes the subway instead of a cab, Mini Metro would be up your alley.

In this mobile strategy game by Dinosaur Polo Club, your task is to solve a rapidly expanding city’s traffic woes. To do this, you need to create an efficient railway system.

With the success of Mini Metro, the developer has moved on from railway building to road construction. In Mini Motorways, you are a traffic czar who will have to figure out how to move traffic as smoothly as possible. You are a traffic cop and urban planner rolled into one.

There is no doubt that trains run better than cars. They do not have to contend with traffic jams and stop at every junction. This is why shifting from Mini Metro to Mini Motorways is like driving from a four-lane freeway to a crowded city street. However, this is the challenge and charm of playing Mini Motorways.

In the game, you will have to manage a city’s junctions, parking lots, and highways. If you fail, the consequences could be disastrous.

In Mini Metro, you lay down train lines, and you construct roads with the aid of Google Maps. Instead of train stations, you will see houses and buildings in Mini Motorways which resemble factories. All the structures are linked using a tarmac.

What endeared Mini Metro to gamers was its eye-catching aesthetics. All of the game’s levels seem to have been extracted from a local subway map. Playing the game will thus give you a sense of navigating through an actual map.

Mini Motorways has a similar feel to it, although its creators made an effort to make the colors more lively. You will fall in love with how the cities are designed. However, the settings cannot be tweaked so that the roads will have a more authentic look.

Anotherthrowaway180 said that he likes the art style of Mini Motorways and feels that is an improvement over Mini Metro. He hopes that the developer will continue to improve on the title’s gameplay.

Meanwhile, NathVanDodoEgg noted that a lot of mobile games now are moving to Apple Arcade. He feels that developers must be getting a better deal with Apple as they face the problem of rampant piracy.