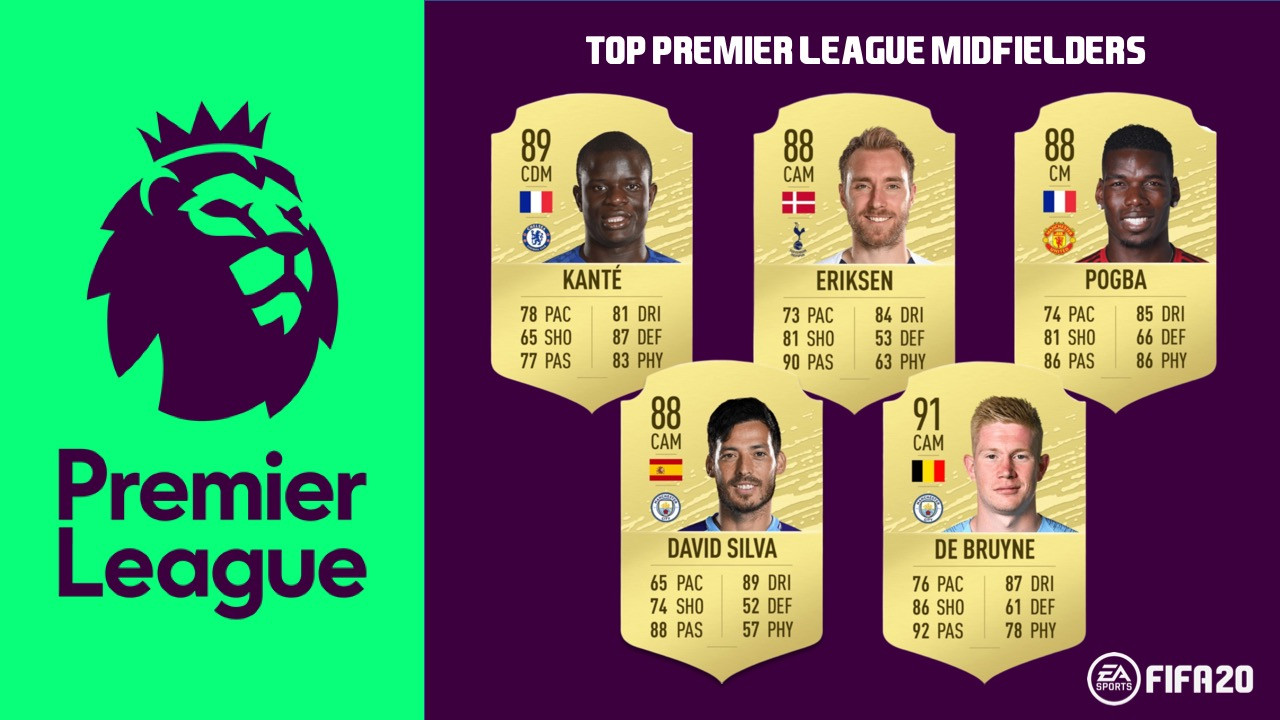 You will agree with me that the team with the best midfield always wins the game. The sheer ability of threading passes, and unlocking the tightest defenses make them instrumental in any team. If you might be wondering who the best midfielders are in FIFA 20, EA Sports has released the list of the top 20 best. Find out who makes it above the cut, and who doesn’t.

The Belgium midfield maestro is the best player in the premier league in FIFA 20, and the best midfielder in the upcoming soccer simulator. Only Lionel Messi can match his 92 passing ability of the 28-year-old midfielder. He is also praised for his technique, athleticism, vision, work-rate off the ball, and powerful long-range shooting ability.

The Real Madrid midfield maestro comes in at second with a passing ability of 89. The Croatian World Cup finalist can play with both feet comfortably and is an accurate passer – both long and short passes. Modrić can change the game with a solo effort, one killer pass or a long-range blockbuster.

The Chelsea defensive midfielder is one of the best in the game and has been likened to fellow countrymate, Claude Makélélé. The World Cup winner may not be the best passer, but he will defend, win balls and even initiate attacks, not to mention scoring goals. His dynamic, diminutive, and hardworking attributes make him an invaluable addition to any team.

While old age is catching up with the Spanish midfielder, Busquets has not lost his positional sense. He will pick up loose balls, intercept those key passes, and break down opposition attacks. His vision, ball control, and passing ability make him a complete central-midfielder. “If you watch the whole game, you won’t see Busquets — but watch Busquets, and you will see the whole game.” That’s what Vicente del Bosque had to say about him.

The German international has had quite some fantastic time at the Santiago Bernabeu emerging as one of the pivotal players in the Los Blancos squad. Kroos is known for his vision, accurate passing, vision, dead balls, and long-range shooting. He’s also a versatile and hardworking player.

New Features Were Just Highlighted For The Beta Of Planet Zoo; Those Who Pre-Ordered Can Play It Next Week