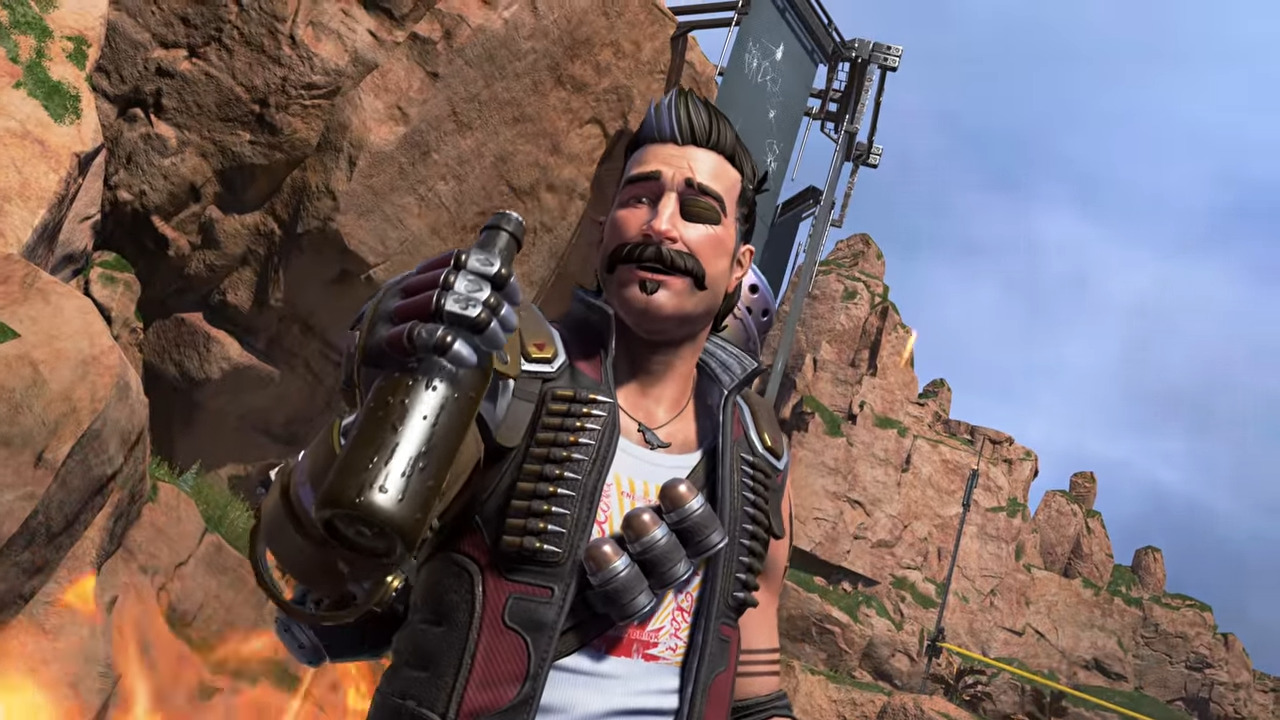 Apex Legends Season 8, Mayhem, arrives early next week. With it comes big changes to King’s Canyon, with a lot of the map transformed/destroyed, a new weapon, the 30-30 Repeater, and one of the most ridiculous changes I’ve seen in Apex since the start of my coverage for the game: a gold weapon magazine that reloads for you.

Now there’s a golden magazine – one that reloads the gun for you, and makes a weapon like the Spitfire even more deadly, and arguably noob-friendly.

RELATED: Naughty Dog Responds To Rumors About The Last Of Us 2 Possibly Coming Out In 2019

The gold magazine doesn’t just reload for you, it’s an auto-loader. That means you can hold down the trigger with the Spitfire and empty out all 400 rounds in a constant volley of bullets. Sounds fun? Yeah, but it’s also probably totally 100% broken.

Combined with the introduction of Fuse – who looks to be an explosive-based character – this season is probably going to be a frustrating one. Fuse can launch grenades extra far/in a straighter angle (?) with his passive ability, which is a grenade launcher on his arm. His ultimate is another AOE blast…just what the game needed.

What’s Fuse’s tactical? He does throw down some sort of decoy in the trailer, which causes bullets to spray up around the enemy team. I’ve tried to steer clear of leakers/dataminers this time around to enjoy the hype of the new season that little bit more, so we’ll have to wait and see for Fuse’s proper explainer!

I’m holding out hope that the new legend is balanced and enjoyable, not only to play but also in terms of the meta, and that the gold magazine isn’t as powerful as I think it might be.

Let’s also hope that King’s Canyon has had some positive changes made. The map certainly looks a bit larger from the scale of some of the areas seen in the trailer. It looks like some of the non-traversable landscape has been blasted apart to make the map larger, great for ranked play.

RELATED: A Physical Release Is Expected For Whispering Willows Later This Month, Release For Both The Nintendo Switch And PlayStation 4

Apex Legends Season 8 arrives on February 2nd. It’s two years since the launch of the game so fans are hoping that there will be something little extra arriving with the season launch, such as an unannounced limited-time mode or collection event.