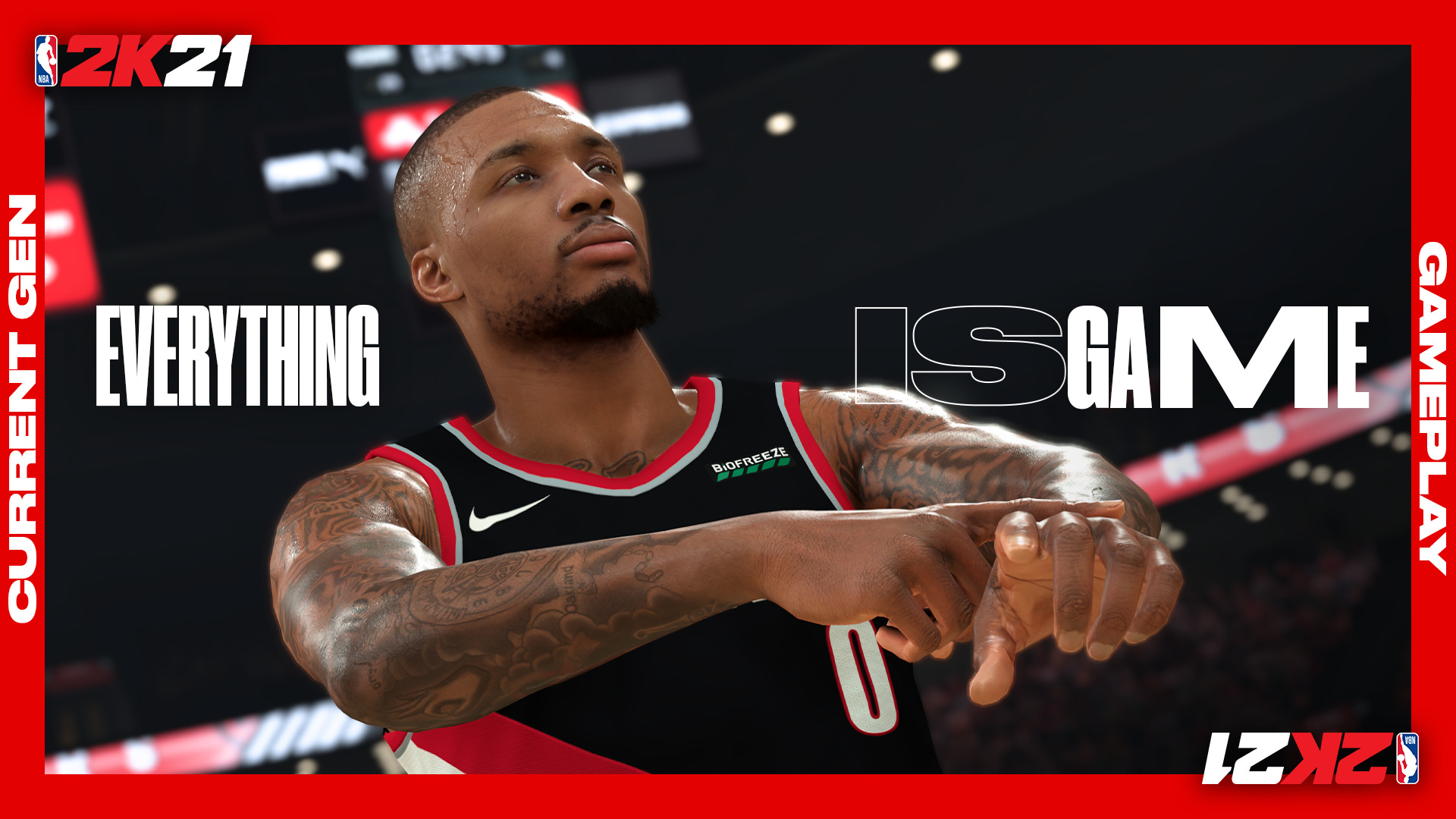 It’s that time of the year where we await NBA 2K21, as Visual Concepts have ramped up the on-court action with various tweaks and motion improvements.

The point is to make NBA 2K21 look as real as possible with a natural feeling attached to the gaming experience accessible to new players, which is the objective the series had been aiming for some years now.

This update focuses on the shoots and Pro Stick system of the game. However, before we see the comprehensive update, let’s check out the first NBA 2K21 trailer, which features gameplay from current-gen consoles.

The Pro Stick
The Pro Stick has been a staple of 2K basketball for years now, and for the most part, has mostly gone unchanged since its inception. For NBA 2K21, we saw this as a significant opportunity to freshen up the game on the offensive end. In past games, you could hold the Pro Stick in any direction to take a jump shot. That was limiting us from utilizing the right stick as a fully-featured dribble stick. So this year, we’re making a pretty significant change to how the Pro Stick works. In a nutshell:

With this change, we’ve been able to significantly expand the dribble move arsenal and give you more steps in a more intuitive control scheme. After a game or two, it will feel second nature and will have you breaking ankles in no time! Along with the remap, the moves themselves have been overhauled to be much more responsive and chain-able. Street moves have been moved to a tap of the left trigger as well, so you won’t be firing them off by accident when you’re breaking down defenders in the Park.

Shooting
Dribble moves weren’t the only thing that benefited from the Pro Stick upgrade. Jump shooting and finishing at the rim were points of emphasis as well. We wanted to make scoring the basketball a skill both from the perimeter and at the edge, so we brainstormed and prototyped several various shooting mechanics for this year’s game. We settled on an idea conceptually similar to something we tried in NBA 2K17… Shot Stick Aiming. Aiming didn’t work that well in NBA 2K17 because it was a bit buried, didn’t have much skill built into it, and didn’t give the user any feedback. We took those learnings and used them to create a better solution this time around.

For NBA 2K21, when you shoot with the Pro Stick, the shot meter changes from a timing bar to a targeting system. Instead of trying to stop the shot meter when you reach the perfect release window, you adjust the Pro Stick in real time to hit the ideal center aim point. The target window resizes dynamically based on player ability, shooting range, and how well the shot is contested.

It can also shift to the left or right based on the shot’s degree of difficulty. If you miss the target too far to the left or right, your shot will miss in that direction. And as I mentioned above with the new slider sets, even the slightest degree might be the difference between a make and an airball on Hall of Fame, while it’s quite a bit more forgiving on the more natural difficulties. You also won’t be penalized for using the entire shooting motion to find the sweet spot. This means you don’t have to time your release when you’re shooting with the Pro Stick. But if you want to take it to the next level and know your release, you can lock in your timing and aim by either centering the Pro Stick or tapping one of the triggers when you reach the apex of the shot. The lock-in will be indicated by a brief flash on the shot meter. If you can time and aim well, you will give yourself the best chances at making the shot.

The aiming concept also applies to finish layups, replicating the idea of having “good touch” around the rim. As you’re driving, you can still hold the Pro Stick in any direction to start a layup, but this year, you’ll want to quickly swing the stick to move the aiming tick to the center of the target. Aiming layups well can help overcome shot contests and help you finish through contact. Personally, it has been hard for me to go back to the Shot Button after getting used to Pro Stick shooting. And because shooting with the stick offers a bit more complexity than just holding and releasing a button, it also carries a higher risk/reward. If you can master shooting with the Pro Stick, you’ll have a higher ceiling for getting greens and making tough shots, so I’m sure it’s going to be the shot method of choice for many competitive 2K players. But since I know some will ask… yes, there is an option to disable Shot Aiming if you really want to go back to last year’s controls. You can expect a plethora of new shot types on the shooting animation side, including Harden’s unique 1-foot running fadeaway. And a quick note for all the Park players… we’ve added over 40 new Park Jump Shot Landings for you to show off with when you hit from outside.

Motion styles
Last year we introduced signature dribble styles, which gave Magic Johnson his unique upcourt waddle, Steve Nash’s finger licks, and much more. This upgrade has now made its way onto the defensive end with signature defensive motion styles. Here’s the list of players you can model your player’s movement after Russell Westbrook, Giannis Antetokounmpo, LeBron James, Kawhi Leonard, Pat Beverly, Andre Iguodala, and Draymond Green. The movement has also undergone several refinements, both with the ball and without, to provide a more consistent and responsive feel on the sticks.

In theory,  Visual Concept’s approach looks promising. Speaking on that, the new approach taken for its shooting is pretty exciting, especially when the usual shooting in NBA 2K games was always finicky.

Having said that, an NBA 2K21 demo will launch on PS4, Xbox One, and Nintendo Switch this August 24 (Monday).

Meanwhile, NBA 2K21 will launch on Xbox One, PC, Stadia, and Nintendo Switch on September 4, 2020. Also, lookout for a port to next-gen consoles shortly. For the records, 2K Games will be offering a ‘free’ next-gen upgrades for those who purchase the ‘$100 Mamba Forever’ version of NBA 2K21. That’s it for now.

Nov 13, 2020 Aaron Hans 13260
Both Microsoft and Sony's next-generation consoles are finally here, and users are just now getting to experience NBA 2K21 on the PlayStation 5 and...