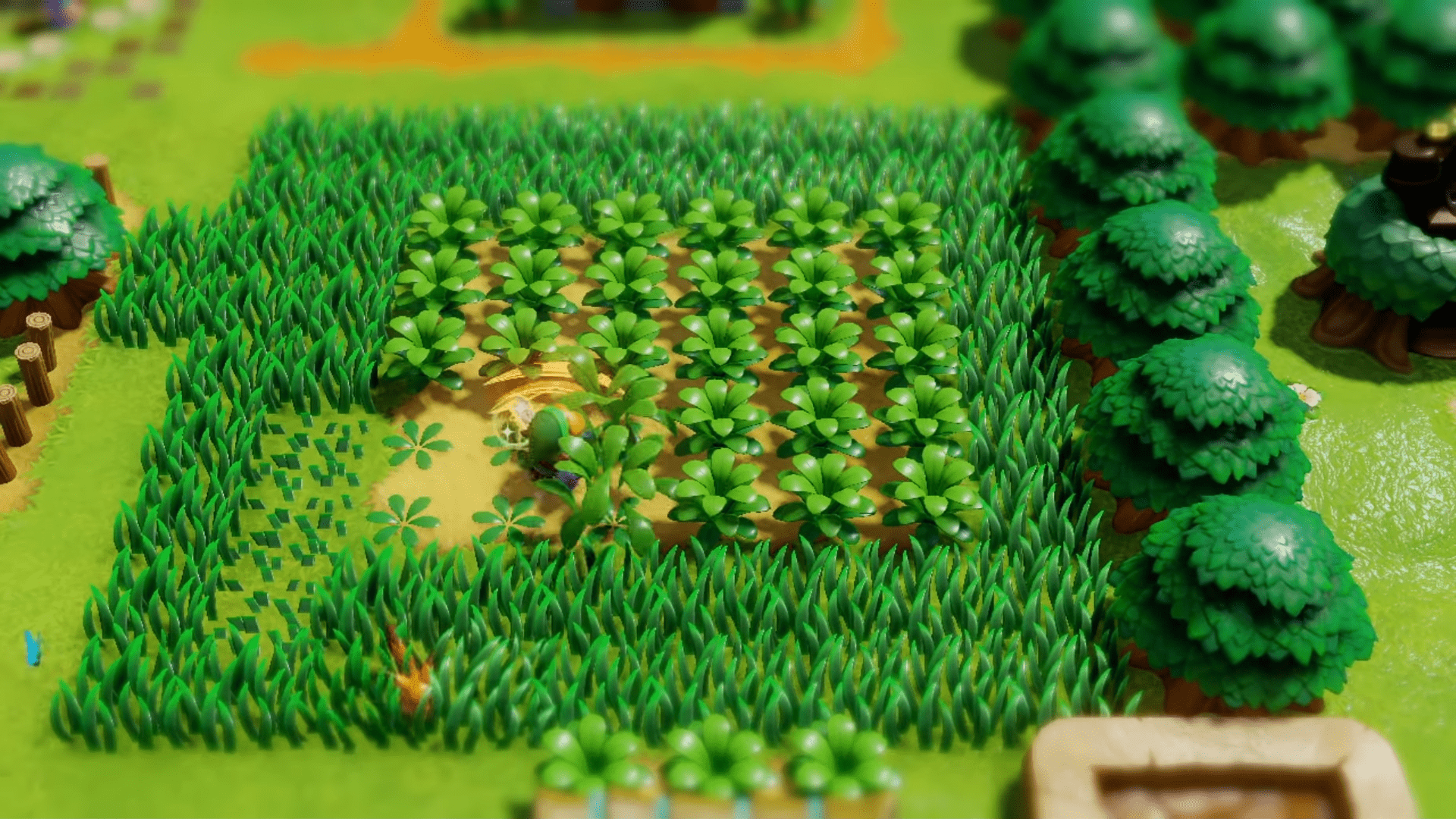 Nintendo is known for polishing their games to a very specific level before release.  This level of polish has been found in Nintendo’s games since the birth of the Nintendo Entertainment System, and originally involved a specific seal for Nintendo-approved video games.  This was a direct response to shovel-ware burying the Atari 2600 in mountains of unplayable trash; notably the Steven Spielbergs Atari game E.T., that they infamously dumped all of the copies of in the dead of night in a landfill.  1983 was the year of the video game crash, and Nintendo took direct action against this effecting their new system coming to market.

Link’s Awakening has recently come to reside on the Switch, a remake of an old Gameboy gem, released originally in 1993.  The universe of the Legend of Zelda series wasn’t too fully crafted yet; some enemies from Super Mario Bros make their appearance in the classic isometric RPG, which is a bit jarring on the Switch, but it was a classic on the Gameboy.

This Seal of Quality was removed from service after the era of the Nintendo Entertainment System (or NES, colloquially).

The game came out to noticeable surprise, as frame-stuttering was rampant across the map and an odd haze around the screen made for a frustrating combination.  The haze is explained later as part of the plot, yet never goes away.  The stuttering was far more concerning, yet the haze was far more annoying.  Add in a tilt-shift effect for the fun of it, and you have people starting to get annoyed with the various aspects of Nintendo’s newest offering.

The adding of both the tilt-shift and the haze make sense, even if it’s annoying gamers; Link’s Awakening was crafted to be a faithful representation to the original Gameboy title.  The Gameboy had far less power than the Switch, obviously, and developers were likely concerned about the relatively bare screen once the port was wrapping up.  Not having many objects in view at once made the game seen barren, so the developers likely jazzed it up with the haze and tilt-shift.

Consumers decided they wanted a less nausea-inducing experience, and so we ended up with mods for Switch titles.  It involves cracking the hardware in your Nintendo Switch, which is against the Terms of Service, and then modifying files on your Switch to alter the ‘.nsp’ file.  Skyrim notably had Switch modding done prior, yet that modding was more ports of previous mods.  This is the first title that has people flocking to hack their Switch to change how a Nintendo game operates.

Two users, known as ‘MelonSpeedRuns’ and ‘Rodrigo’ have released a mod titled ‘No DOF Blur’, where DOF stands for depth-of-field.  The mod is simple to install, with just adding the modified files to your SD card after hacking the Switch.  Other mods contain stuttering fixes, UI fixes, and icon fixes for the title.

It’s interesting to watch and wait for what Nintendo’s reaction will be to this.  They’ve gone after pirates in the past, yet this situation stems from something greater than piracy.  This situation seems to stem from a mediocre title for a flagship IP being shipped, and fans wanting it to work better.

Aug 12, 2022 Michael Gunn 660
Id Software has been discreetly reorganizing its enormous Steam catalog of vintage titles. The firm has started combining the numerous Doom and Quake...