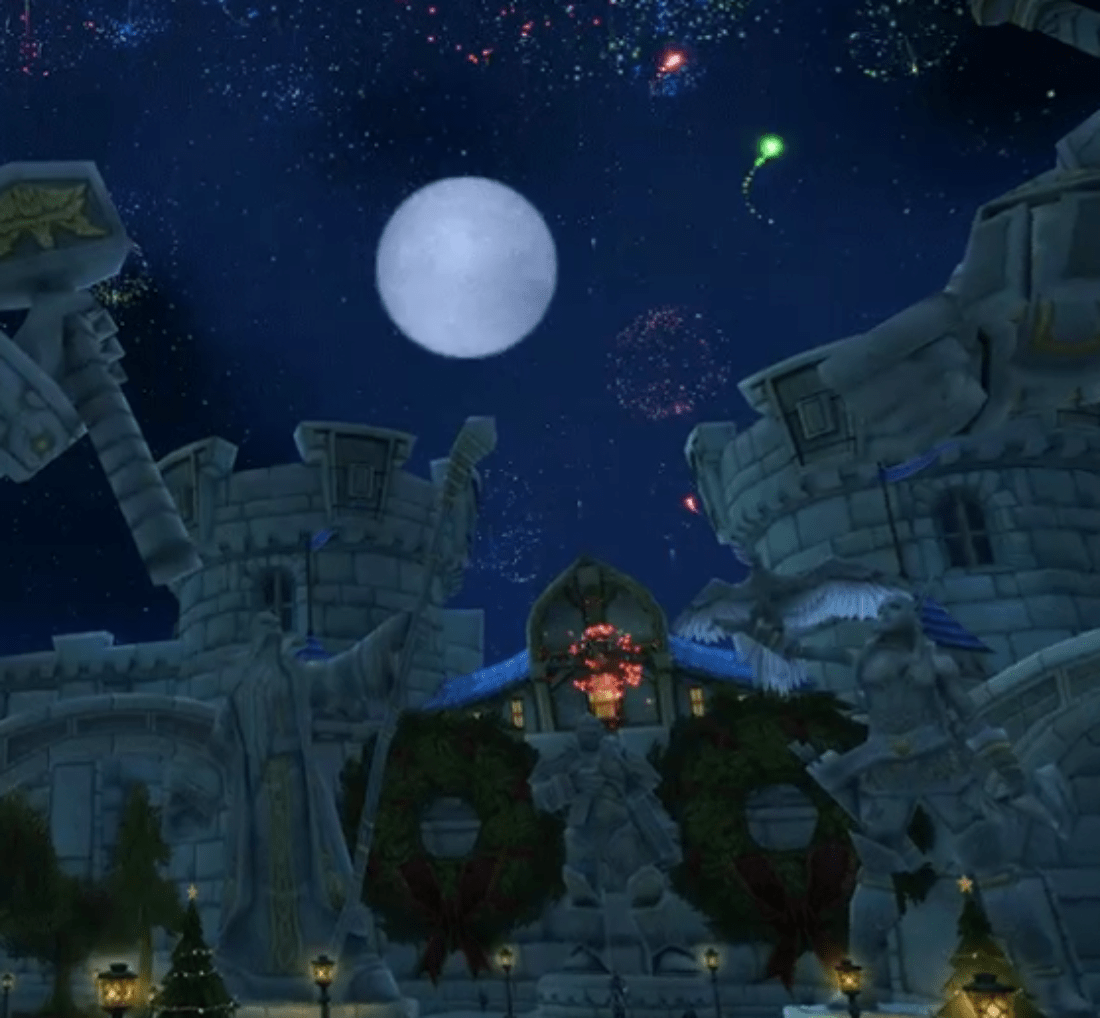 2020 has been one for the books, but then you’ve likely heard that from more than enough commercials by now that you don’t need us to point it out. Suffice to say, it’s been a doozy.

There’s not much of a shortage of people waiting to wave goodbye to a year filled with this much upheaval, and you won’t find a shortage in World of Warcraft: Shadowlands either. As they do every year, Blizzard is celebrating the end of the year in style.

If you’re one of the many, many places under quarantine, or if you’ve opted to stay in for any other number of reasons, you might want to see the fireworks that Blizzard has planned in their MMORPG. It’s a nice way to wave goodbye to the year without having to mask up!

The skies over the capital cities will be filled with a variety of different explosions and fireworks throughout the night. Expect the festivities to start at 6:00 PM server time, going through the rest of the night.

If just watching some fireworks sounds underwhelming to you and you want to spend your time being as productive as possible – no XP waste, of course – you may want to pop into the cities to dance around for a bit. Doing so will provide you with a 10% stat increase for half an hour.

You also can get a slowfall effect by drinking from Filled Festive Mugs around the city. While not extremely useful, and not something that a mage can’t just cast anyway, it’s a neat way to have a bit of fun.

But if all of this revelry and community sounds distasteful to you, you can always sate your murderous desire with a bit of PvP. It seems that the guards in Booty Bay have had a bit too much to drink again.

Usually a neutral city where PvP causes the attacker to be slain by the town’s high-level guards en masse, the guards of Booty Bay are incapacitated by their intoxication this day. This allows players to murder each other as much as they want to be.

Of course, it’s worth saying that Booty Bay isn’t exactly active anymore, as few people are leveling through Stranglethorn Vale and there’s not much else that would bring you there. You might struggle finding people to fight, but if you’re killing in a neutral area, an honorable duel probably isn’t your thing anyway.

Regardless of what you intend to do with your New Year’s Eve, Blizzard is excited to share the time with anyone who wants to enjoy the festivities on offer. Whether it’s fireworks, dancing, drinking, or casual murder, 2020 is being sent out with a good bit of revelry.