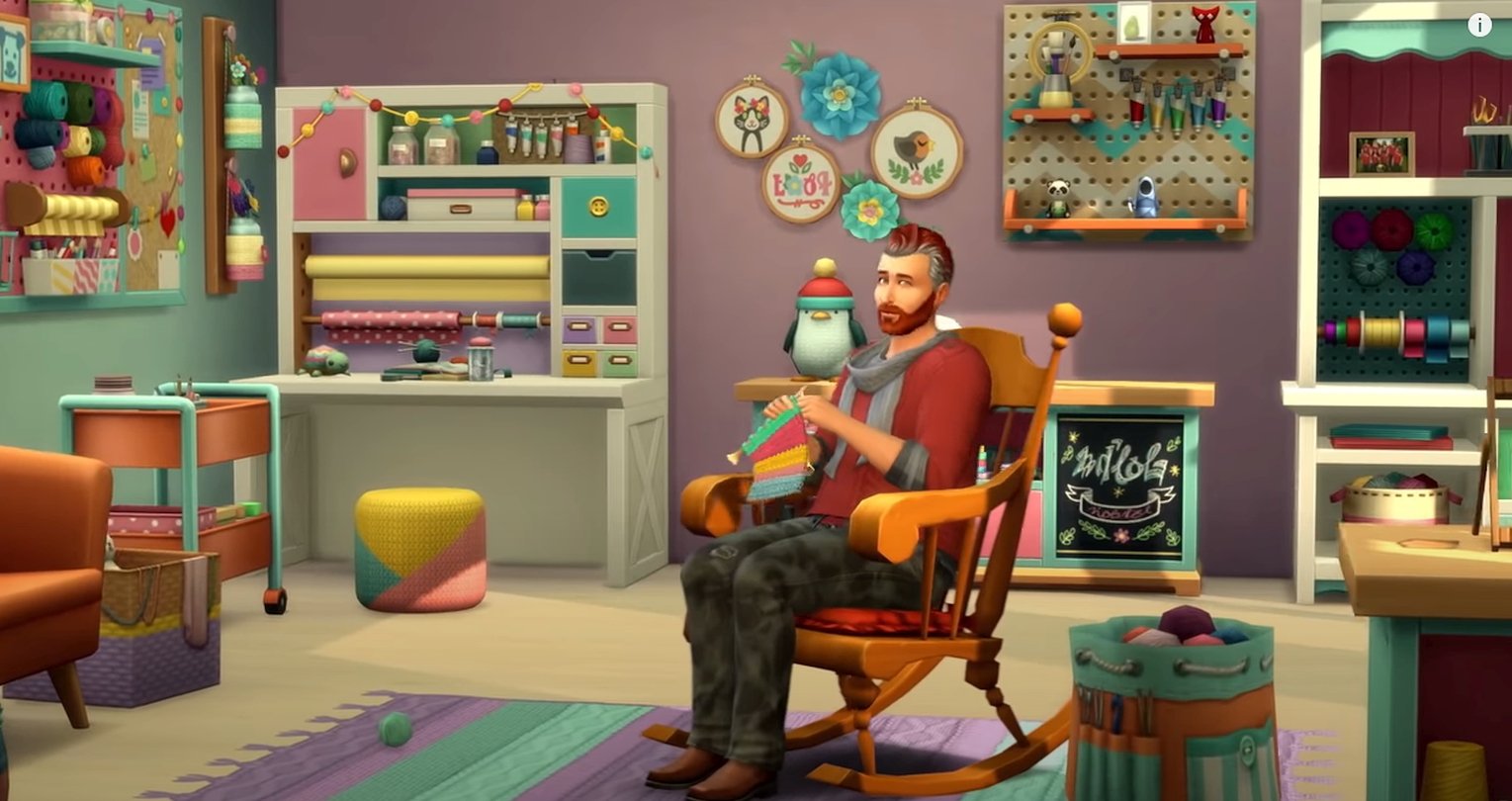 The Sims team has released more information regarding the upcoming The Sims 4 pack Nifty Knitting. In November 2019, the team announced plans to hold a new voting session for the community of Sims players to pick a theme, clothing, objects, and more for a new pack.

For several weeks, The Sims team has collected votes to finalize the theme of knitting. Many players commented that they chose the theme over other enticing selections, such as a Grim Reaper career because it doesn’t have much for children or elders to do. Almost everything included in the new pack was added from community voting. The last Stuff Pack that was released in this manner was Laundry Day in 2018.

Nifty Knitting will focus on creating DIY projects. Sims from children to elders will have a brand new activity to focus on. The stuff pack also introduces the rocking chair, a new animated furniture item.

Older Sims can teach themselves how to knit. Once they’ve improved the skill, they can teach it to children. This interaction opens up another option for older family members to bond with children. Knitting can even craft new onesies for babies, even though the youngest members of the Sims families are still objects lacking gameplay.

After Sims learn how to knit, they can begin making new clothing for themselves, families, or to give as gifts. Sims have to begin by knitting the basic clothing item, then knitting additional color variations. There are other items to knit, such as toys or even mailbox cozies.

Nifty Knitting introduces an Etsy-like online marketplace where Sims can sell their handmade goods. After Sims create an item for sale, they can place it for sale on Plopsy for a small fee. Selling online will also bring in more money than a Yard Sales or weekly Flea Markets, which were introduced in City Living. Sims can also purchase new-to-them homemade goods through Plopsy.

The most recent major The Sims 4 release was Eco Living, an expansion pack that introduced a new world and focused on improving the environment and bringing together the Sim community. Eco Living is available now, and Nifty Knitting will complement the expansion’s theme of recycling and crafting.

The Sims 4: Nifty Knitting launches on July 28 for PC/Mac, PlayStation 4, and Xbox One.