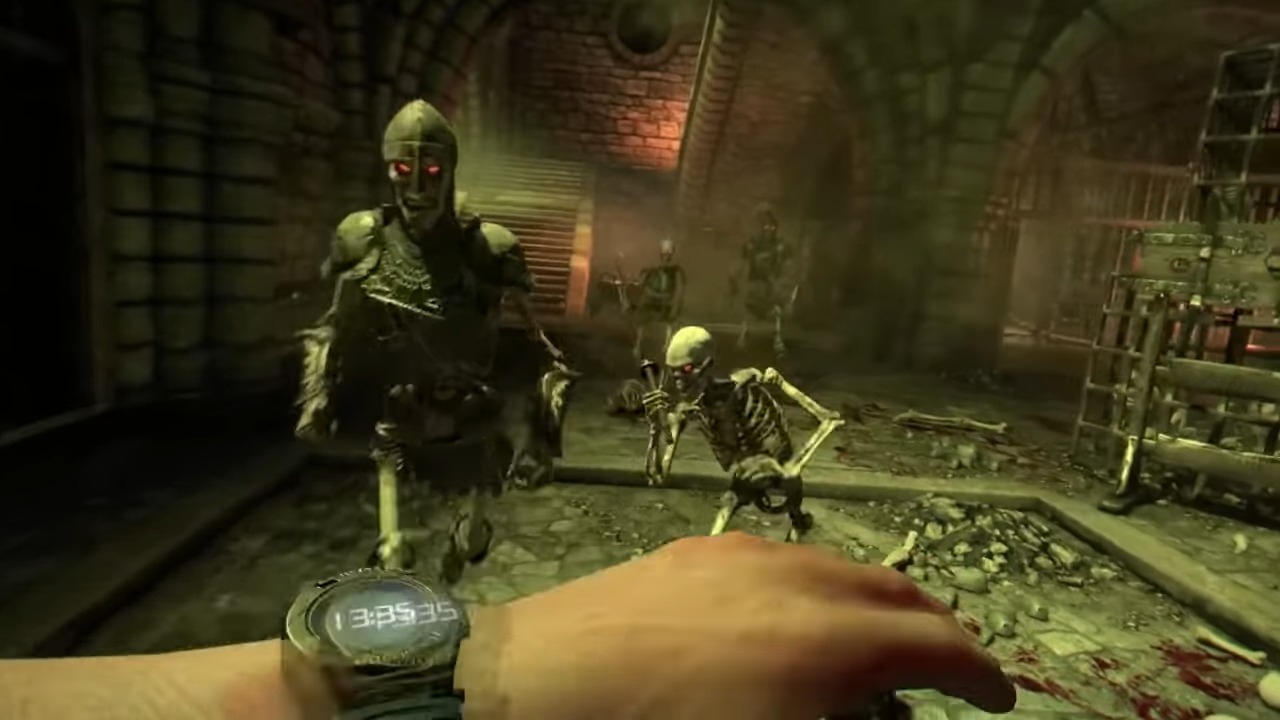 So what if Dying Light removed all of the parkour and bungalow-filled city? That seems to be the underlying mechanic that Techland is asking players to search through as they have finally pulled the curtain back a bit farther on the upcoming Dying Light – Hellraid DLC.

Scheduled to drop on July 23, 2020, we all saw a teaser for the upcoming DLC two months ago, around the time that the delay of Dying Light 2 was announced.

Granted, asking what Dying Light would be like without the experience of parkouring around rooftops and shantytowns is like attempting to play Counter-Strike without using flashbangs or smokes (so every matchmaking game), but the Hellraid DLC looks pretty fantastic.

It has players exploring what appears to be a decrepit castle replete with skeletons that fall apart when they’re stuck by a weapon, and there’s a lot of weaponry to use that appears exclusive to the upcoming DLC. The probability of it making its way over to the standard game, however, is pretty high.

Some elements of parkouring still seem to exist from the trailer as well, such as the ability to drop kick enemies and side-hopping away from projectiles.

Ensconced in an arcade machine, as suddenly adding a massive castle with spells and demons and all would be a bit too unbelievable even for the Dying Light world, and it’s looking like a nice dungeon crawl with an acceptable number of enemies to crush. Hellraid was originally set as a standalone title that Techland was going to work on after end-of-life for Dying Light; it seems that idea has been scrapped in favor of a DLC component for Dying Light.

The new notion of doing a dungeon crawl against set enemies could help to punctuate the arguable monotony that sets in on the base game, after hours of parkouring around the city. Nighttime, when freaks begin to chase you around the city also helps break it up, but the criticism continues to be levied against the title.

Yet Hellraid can be interesting for other reasons as well; recently Techland came under some scrutiny when it was leaked that ‘various staff’ alleged that Dying Light 2 is in dire straits, leading to it being delayed.

It’s currently available for preorder on the major platforms: Steam, Xbox One, and PlayStation 4 for a likely appropriate $10; although that price point will need to be supported by appropriate length.

Nov 10, 2020 Lisa Nguyen 21720
Store listings have begun to appear for Dying Light Anniversary Edition on consoles. Techland and Deep Silver have not yet formally announced the...

Jul 18, 2020 Chris Miller 8440
Interesting: after the open beta for the Dying Light Hellraid, Techland has announced with little fanfare that the DLC is going to be delayed by...