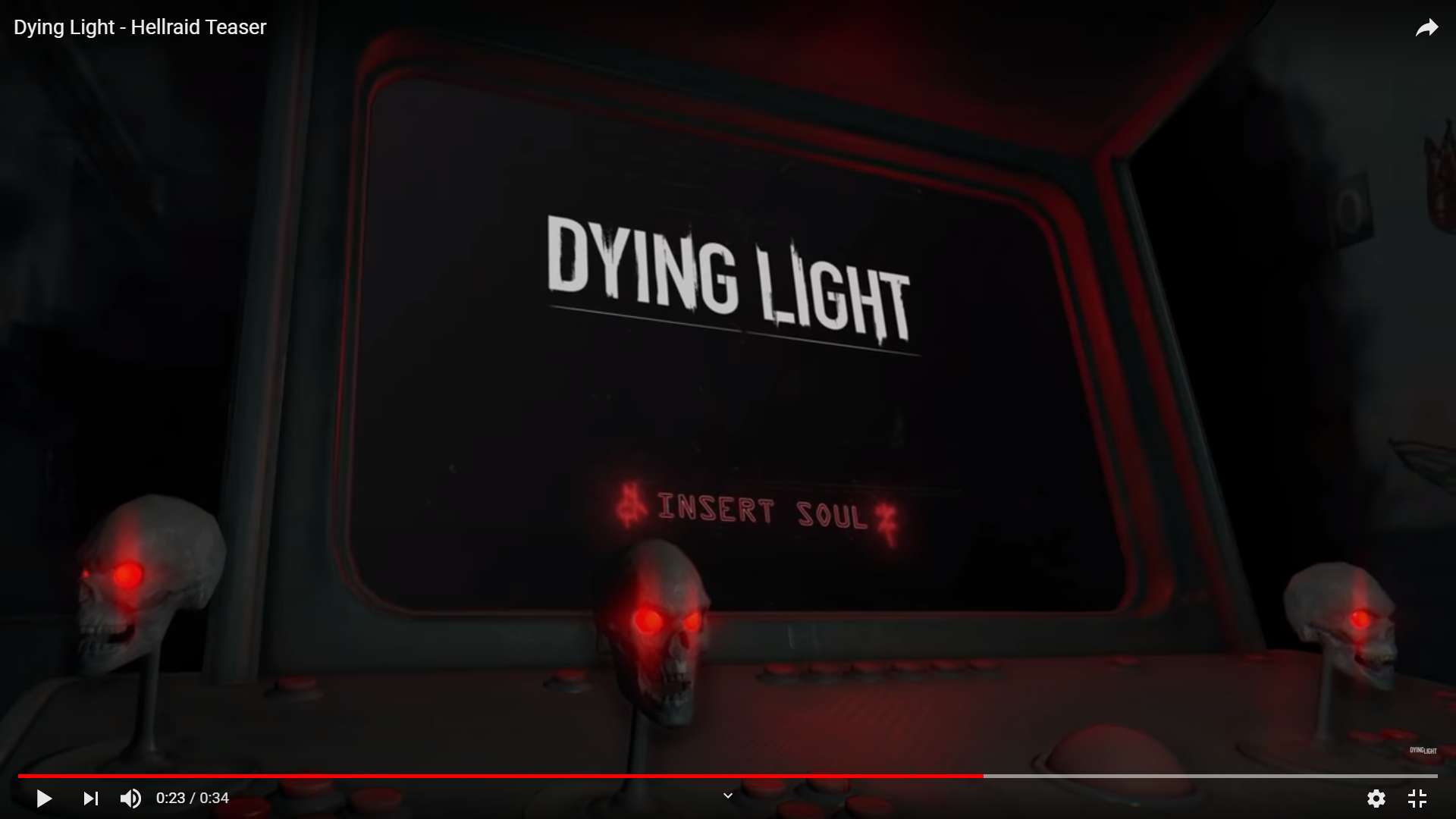 Dying Light has been one of the most popular zombie games to date. Techland nailed down almost every aspect, from the fun progression to the amazing parkour mechanics. You feel like an unstoppable zombie-slayer in this game and that feeling stays with you all the way until the end.

And despite this game being five years old now, it still receives consistent updates. There is thus always something new to look forward to, whether it’s themed missions or new gear to test out against zombies in dramatic fashion.

The game is getting new DLC again this summer called Hellraid. So what exactly is in store for zombie fans in just a couple of months? Well thanks to a teaser trailer, we have a little bit to sink our teeth into.

The trailer starts off in the tower that serves as the primary base in the game. We then enter the basement area where a mysterious and seemingly possessed arcade cabinet appears from the shadows. If this was real life and you used any common sense, you would leave this cabinet locked in the darkness forever. But this is a video game, after all, and that means of course playing the cabinet to see what evils lurk within.

The cabinet reads ‘Insert Soul’ and also ‘Hellraid’. Back in the day, Techland was working on a demon co-op game called Hellraid. It never saw the light of day and it’s definitely nostalgic seeing it on this arcade cabinet. That’s pretty much all of the details we have at the moment for this DLC.

A safe bet here is the arcade cabinet will be sort of like a mini-game. It may even feature original elements that were going to show up in Hellraid when it was supposed to release in 2015. So not only will you get to battle vicious zombies, but demons also will be something you’ll have to account for.

If that’s the case, then this new DLC seems like an incredible addition to an already great zombie game. Having more enemies to bash upside the head always is a recipe for success. There isn’t an official release date other the summer being the targeted window. June is probably the most realistic option and that’s just a couple of months away.

If you’ve been a Dying Light fan since the beginning, this Hellraid teaser seems pretty exciting. All new killing opportunities could be in store for your character, where you’ll have to be on guard for new demonic threats.

T1's Jungler, Cuzz, Had The Highest KDA Of Any Player In The 2020 LCK Spring Playoffs

Nov 10, 2020 Lisa Nguyen 18140
Store listings have begun to appear for Dying Light Anniversary Edition on consoles. Techland and Deep Silver have not yet formally announced the...