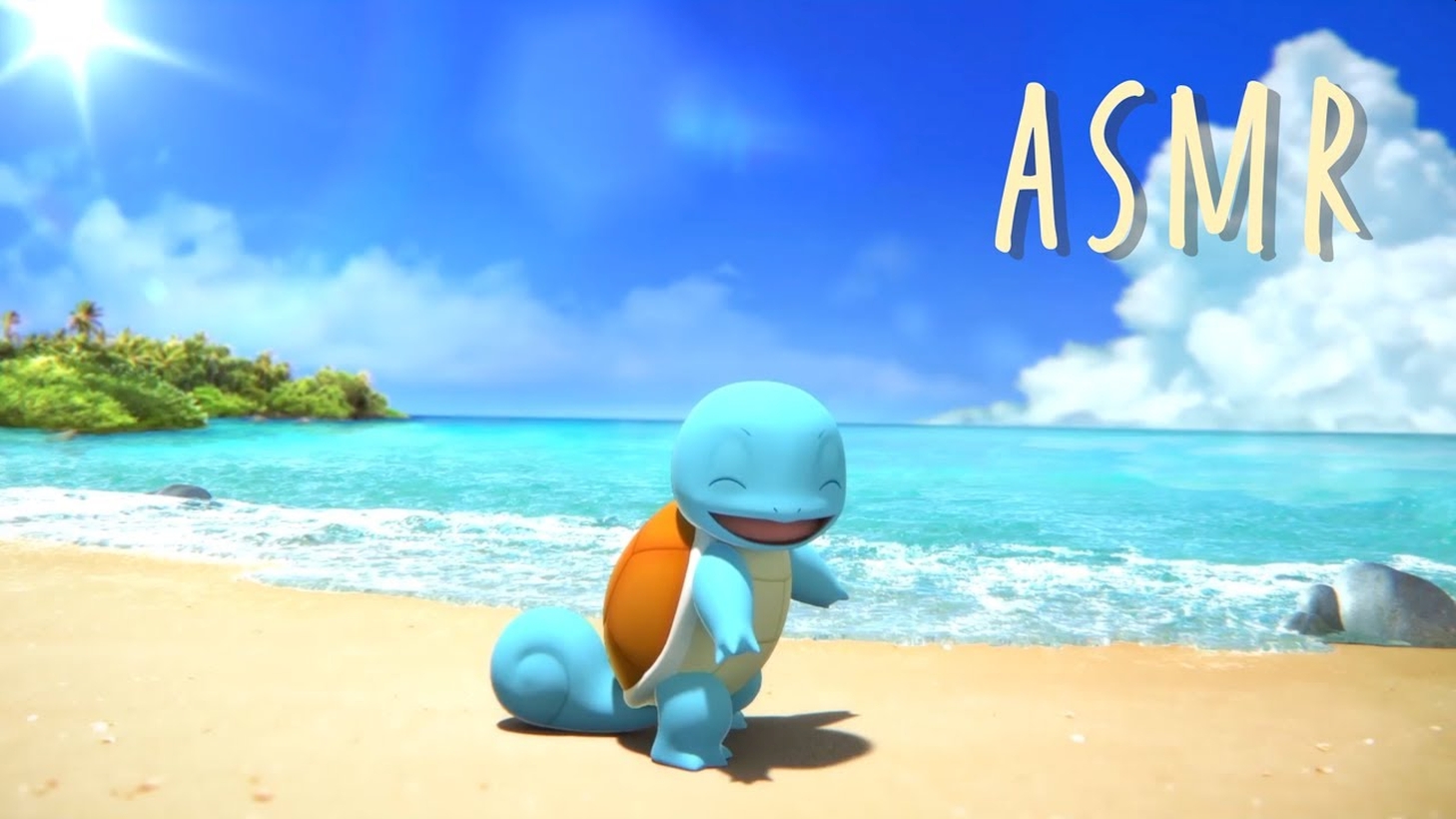 The Pokémon Company is offering a new way for gamers to enjoy their favorite characters and relax. The official Japanese YouTube channel for Pokémon has begun to launch ASMR videos that are over 15 minutes long each.

The first Pokémon ASMR video “Charmander’s Fireside Slumber” was released earlier this year. The video starred Charmander as it slept beside a roaring campfire. While the video doesn’t contain any action except for Charmander lighting a campfire at the beginning of the video. The video is around 30 minutes long.

The newest video is called “Squirtle’s Day at the Beach.” The video begins with only the scenery of a beautiful beach. Waves crash on the sand until around half the video, so players can listen to the water before the Pokémon appears. The video is shorter than the Charmander video at 15 minutes long.

Squirtle eventually makes its way onto the beach. This video has slightly more action than the Charmander ASMR video. Squirtle walks onto the beach and plays in the sand. It finds a sea shell and then walks away from the camera.

There are only around four videos released so far. The fourth video is an ASRM video for those who may have wondered what Grimer sounds like as it moves. The video shows Grimer moving horizontally with an unusual sound. The video is the shortest of the ASRM collection at less than four minutes long.

The Pokémon videos all recommend wearing headphones or earphones for the “optimal effect.” It’s a relaxing way to end a full day of gaming or anything else that may have caused stress throughout the day.

Some of the videos are located on the Japanese channel, but that shouldn’t deter fans from checking out the content if it interests them. The video descriptions also include text in Japanese and English. None of the videos include spoken audio, either from the Pokémon or the environment. The only thing players will hear are sounds from the environment.

The Pokémon ASMR video collection is available now on the Japanese Pokémon channel and Pokémon Kids.

Aug 27, 2020 Lisa Nguyen 6830
The Pokémon Company is offering a new way for gamers to enjoy their favorite characters and relax. The official Japanese YouTube channel for...

May 3, 2020 Seb Bates 36280
Pokémon Sword and Shield released last November, and despite outrage from some of its longtime veterans, sold with high success, selling 16.6...