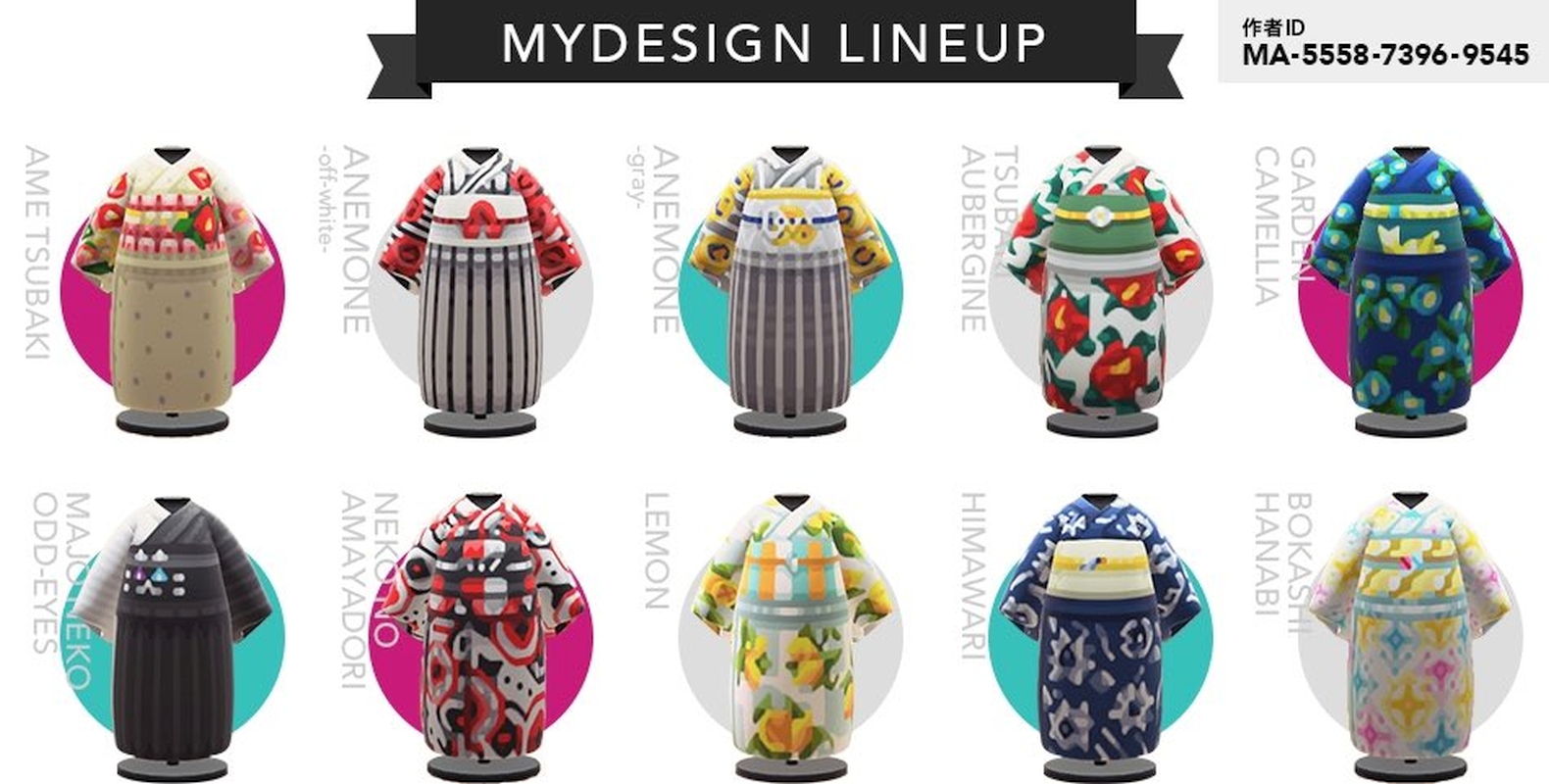 Animal Crossing: New Horizons players now have more designs to choose from. The Mimatsu Group has announced ten yukata designs for the game based on Furifu outfits. The announcement was made on Twitter with images of real-life models wearing the designs, along with characters from the game.

Since many fashion lovers are unable to attend events in-person, fashion brands have been using Animal Crossing: New Horizons to promote their brands. One of the first to release matching real-life and in-game outfits were American fashion brand Marc Jacobs.

Mimatsu also decided to distribute the designs for free in Animal Crossing: New Horizons because of the COVID-19 situation. During the Summer months in Japan, firework display events have been canceled.

Fortunately, Animal Crossing: New Horizons recently released a new update for a fireworks event. The fireworks display will be held every Sunday for the month of August. Players can download the new yukata designs and wear them to the in-game event.

For Japanese players, Mimatsu is holding a special event called the “Magical Summer Photo Contest.” Players are asked to wear one of ten yukata designs and take a photo during the fireworks display. The brand will declare a winner based on the number of likes a photo receives. Awards include a real-life yukata. The contest appears to be limited to Japanese residents only at this time, especially since international shipments from the country have been temporarily suspended due to the COVID-19 situation.

Anyone can download the designs into their game now. The official Furifu Twitter account has a clothing ID code for each design, along with some outfit suggestions. The outfits can be worn at any time of the year and aren’t limited to the Summer months.

Players will need the Able Sisters building on their island and an active Nintendo Switch Online account. Available design spots are recommended, but players can overwrite existing patterns. Players have to access the kiosk in the back of the Able Sisters store, input the design code of their choice, and download. After the design is download, players can immediately wear the design.

The Mimatsu company was first founded 88 years ago and produced high-quality fashion, including kimonos and yukata. Furifu specializes in unique designs targeted towards women.

New Details Have Been Revealed About Netflix's Upcoming Resident Evil Series, Including Characters And Setting