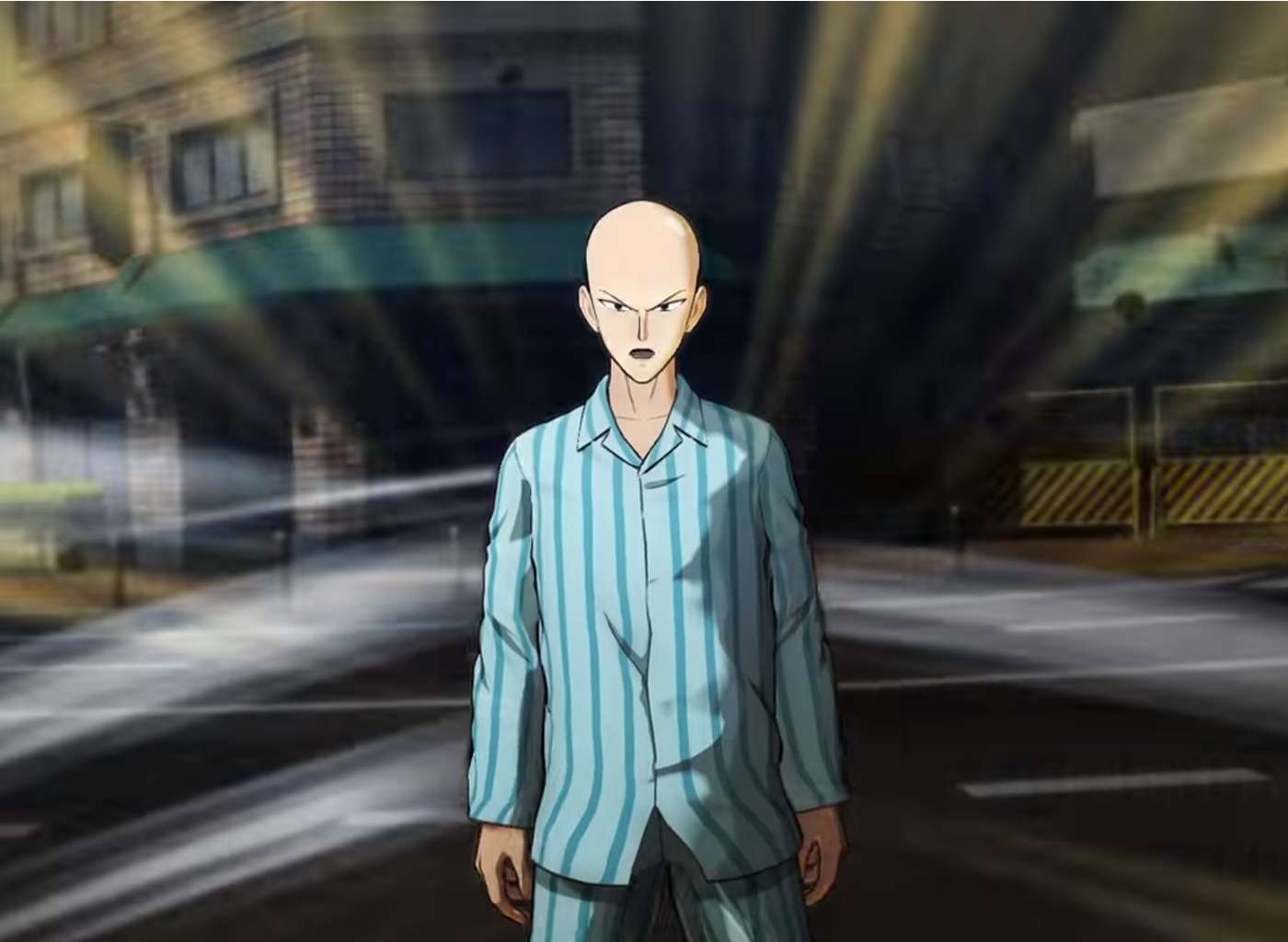 When One Punch Man: A Hero Nobody Knows was first announced, it prompted a very good question from fans of the series: how do you construct a fighting game around a character known for defeating his opponents with a single punch? After all, it’s sort of his defining characteristic. His name is even One Punch Man.

A solution discussed early on was a pretty clever one. In 3v3 tag matches, if a player selects Saitama (One Punch Man) as one of their fighters, he won’t be available immediately. He’ll come into the match later, putting that player at a disadvantage and forcing them to survive the 2v3 combat until the titular hero makes his triumphant appearance.

The developer even suggested that he may never show up at all. Yikes!

This is definitely a fun idea, but it still leaves something to be desired for fans who are looking forward to playing as Saitama. A creative problem requires a creative solution, and developer Spike Chunsoft has met the challenge. How do you make Saitama a playable character who isn’t wildly overpowered? The answer, shown in the trailer above, is simple: pajamas.

The solution is Dream Version Saitama, a version of the character who just rolled out of bed and isn’t yet at his full power. We’ve all been there. It’s way too early, your eyelids are way too heavy, and you need several punches to defeat your enemies. It’s a real case of the Mondays if there ever was one.

Spike Chunsoft deserves some kudos for finding a fun way around an unavoidable problem. If Saitama was a lesser character, it would be much easier to explain away his power and make him work in the game. Seeing as how he’s the main character, and his power is right there in the title, it becomes a much bigger stumbling block.

Will there be fans who are disappointed with this take on the character? Sure. When adapting an existing franchise, especially into a new medium, fans always have their own ideas of what to expect. The old adage “you can’t please everyone” certainly rings true, and that goes double when the property you’re adapting doesn’t translate perfectly into its new medium.

What’s important is whether the spirit of the manga and the anime is successfully captured in One Punch Man: A Hero Nobody Knows. Fans will be able to decide for themselves when the game hits PC, Playstation 4, and Xbox One on February 28. Unless you’re at the NYC Anime convention because then you’ll be able to play a demo of the game.