Bandai Namco is heading to the Anime NYC convention this weekend. This is the city’s biggest anime convention and takes place from 15-17th. Over 40,000 visitors from all over the world are expected to attend the event.

While anime is the main focus, it’s also a great event to pick up limited-edition merchandise, watch new shows, or play video games.

Video game publisher and developer Bandai Namco have announced they’ll be at the event all weekend. Besides from video game demos, Bandai Namco is offering free activities and prizes to those who share their booth on social media.

Players can try out five different game demos: My Hero’s One Justice 2, One Punch Man: A Hero Nobody Knows, One Piece Pirate Warriors 4, TOKYO GHOUL: re CALL to EXIST, and SWORD ART ONLINE: Alicization Lycoris.

My Hero’s One Justice 2 is based on the popular anime series My Hero Academia. Players can utilize a huge cast of characters to create three-person teams. The battles are available both on and offline. The game was recently confirmed for PlayStation 4, Xbox One, Nintendo Switch, and PC.

One Punch Man: A Hero Nobody Knows is also based on a popular series. Gamers can control a variety of the series’ most popular characters in three-character team battles. The first confirmed characters are the protagonist Saitama, his student Genos, Fubuki the Hellish Blizzard, Mumen Rider, and Speed-o’-Sound Sonic.

One Piece Pirate Warriors 4 is the fourth installment in the musou-action series developed by Koei Tecmo. Players can control their favorite characters on their quest for the One Piece treasure.

Tokyo Ghoul: re CALL to EXIST, which will be released this week, is based on the Tokyo Ghoul franchise. Gamers can choose between being a Ghoul who preys on humans or an investigator who fights the Ghoul threat.

The final game players can test out is Sword Art Online: Alicization Lycoris. This title specifically features the Underworld of the Alicization arc. Gamers will control Kirito and reunite with fan-favorites like Alice, Eugeo, and Administrator.

These five games based on anime series are sure to be popular with fans at Anime NYC. Gamers who hope to play the demos will have to arrive early before the long lines begin.

MY HERO'S ONE JUSTICE 2ONE PIECE PIRATE WARRIORS 4ONE PUNCH MAN: A HERO NOBODY KNOWSTOKYO GHOUL: RE CALL TO EXISTANIMENYC 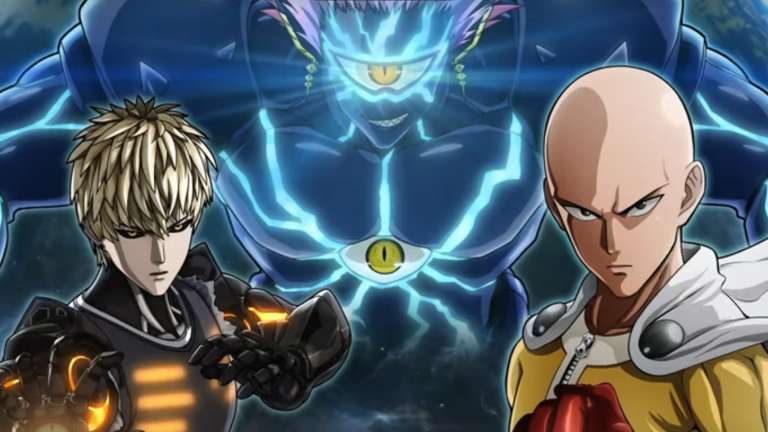 Nov 15, 2019 Lisa Nguyen 3800
Bandai Namco is heading to the Anime NYC convention this weekend. This is the city's biggest anime convention and takes place from 15-17th. Over...