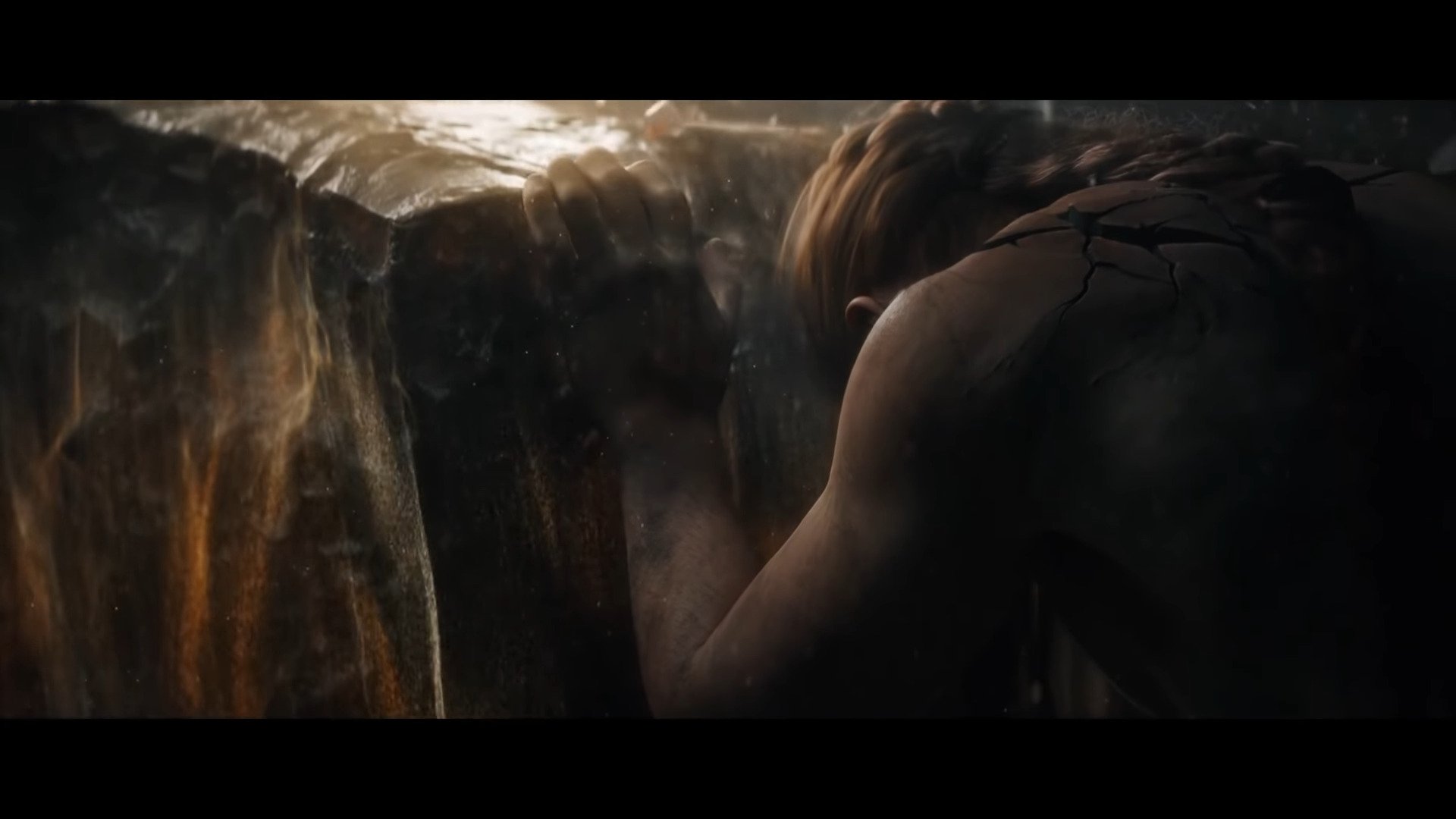 At last, some gritty details about Elden Ring. Sure, the trailer is low resolution, angled, and blurry, but it’s still the first glimpse of From Software’s upcoming RPG to be seen online. Spoiler below – skip the trailer if you want to wait for the full trailer to be released in all its glory.

Skepticism is rife, many thinking that “blurry and angled” is a good cover for a fan-made rumor, but Jason Scheirer, industry insider, confirms that the trailer is real, and only shows a part of an upcoming full trailer to be released soon. Here it is.

RELATED: Marvel's Avengers' Cosmetics Were Just Discussed In Detail By Developer And Publisher

It shows footage of horseback combat and some large monsters. Although the resolution is pretty awful, you can get an idea of some of the environments, including an impressive-looking formation in the sky.

As I said, both Jason Schreier and Video Game Chronicles have confirmed this trailer to be the real deal. It’s only a small 7-second glimpse of some in-game footage, but it’s the first look at one of the most anticipated RPG releases for 2021.

This comes with the news that Bandai Namco has just trademarked “Bandai Namco NEXT” which could be a presentation similar to Nintendo Directs that highlights new releases and game info.

A leaked trailer like this does scream guerilla marketing, with a tiny snippet being released by someone to begin teasing the game in the smallest way possible. Well, it has certainly got people talking about Elden Ring, so it seems to have worked.

If Bandai Namco is hosting an event soon, it’s likely the trailer for Elden Ring will be released then, as well as potentially some more information on Tales of Arise. This Tales series Action RPG was originally meant to release in 2020 but was delayed due to the pandemic.

The leaked Elden Ring footage I've seen is blurry, angled, and only part of the trailer, so I don't think it'd be a terrible idea to just wait for the real thing

RELATED: The Silent Tombs Is Heading To Kickstarter Next Month, Prepare For Exploration Of Ancient Tombs

Because it has been confirmed that there will be no live event for E3 in 2021, game publishers and studios will have to take matters into their own hands. This staggered release of info direct from the publishers is likely to become the norm this year.

Elden Ring is one of those games that has been in and out of the news for a while now. After a lack of any news really at all in 2020, some were worried that the project had been canned. This leaked footage – and all the speculation surrounding it – confirms the game is real, alive, and on its way in 2021.

Jan 11, 2021 Jeremy Green 4500
We are well into January and that's good news if you hold an Xbox Live Gold membership. In just a couple of days, the second batch of freebies will...

Jan 8, 2021 Lisa Nguyen 7260
Tales of the Abyss will soon celebrate its 15th anniversary. Bandai Namco has announced the launch of Luke and Ash figures on the Kotobukiya Japanese...