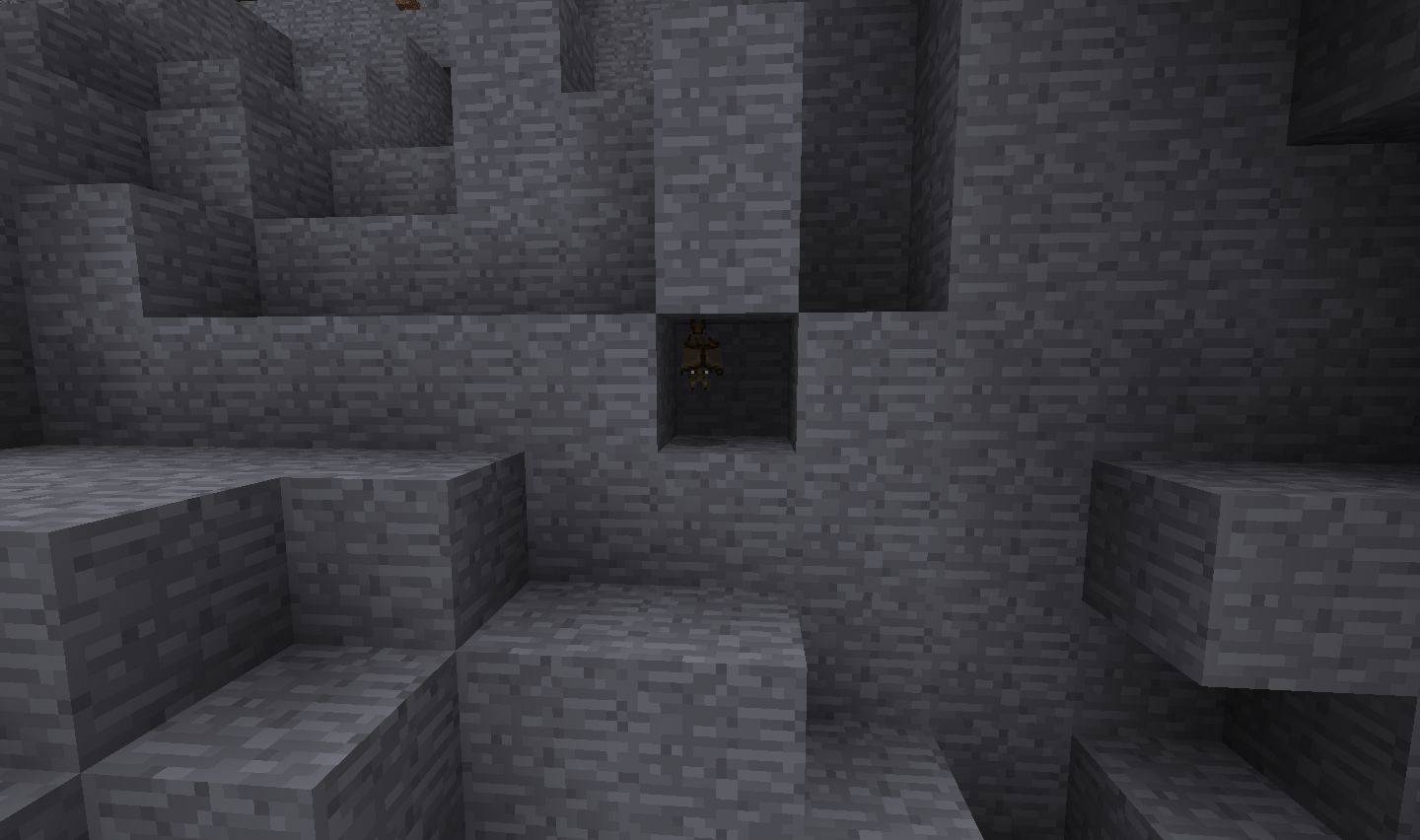 Minecraft has a large number of mobs ranging from the Wandering Trader, a new way to trade with a villager that doesn’t have a village, to even Vex and Polar Bears. This wide range of mobs means that players won’t be bored when traveling through their Minecraft world! This article will focus on the Bat, which has been in Minecraft for quite some time but has a minimal function in the game itself.

The Minecraft bat can spawn in groups from eight for the Java edition and two for the Bedrock edition. In the Overworld dimension, Bats are able to spawn at a light level of three or less on opaque blocks that are below the Y height of sixty-three.

Bat’s animation is incredibly simple having just two modes, either hanging upside down from a block sleeping the day away or flying with the wings flapping.

This means that players shouldn’t see the bats flying around at surface level, instead, they are located within caves and ravines where there is little to no light.  Bats also require at least two air blocks to ensure that they can move around without immediately dying.

One interesting fact about Bats is that in the Java Edition, between October 20th and November 3rd, they require a light level of six or less to spawn. This is in celebration of Halloween giving the Minecraft world a much eerie tone overall, this is to fit with the tone that occurs around Halloween.

The bat has a total of six health points or a total of three hearts, making them incredibly easy to kill but since this mob is completely Passive and doesn’t offer any kind of advantage to the player. Players are unable to attach a lead or breed bats at all, in addition to the fact that when they are killed, bats don’t drop any items or even any experience.

Bats are widely thought of as the most useless mob that has been introduced and continues to receive updates to Minecraft.