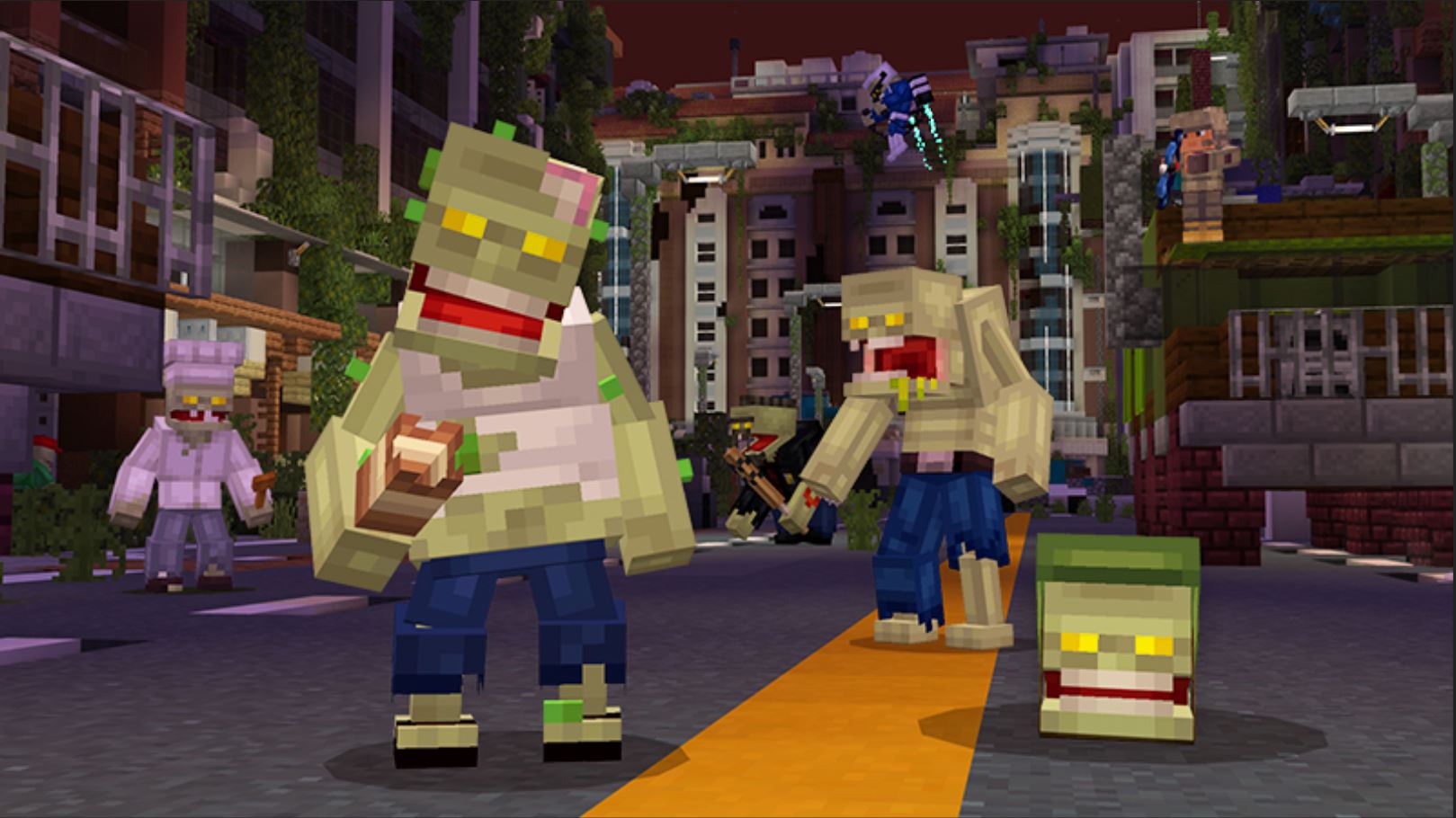 Minecraft Marketplace has an extensive range of different content which is readily available for players to enjoy, Minecraft’s Marketplace uses its own form of currency which is called Minecoin. Each Marketplace item ranges in Minecoin prices ranging from hundreds of Minecoins to over a thousand Minecoin. One fantastic Marketplace item is Zombies by Spark Squared.

Minecraft’s Marketplace recently released DLC, which allows players to experience the Jurassic World for themselves! This DLC allows players to play with a variety of different Dinosaurs ranging from underwater Dinosaurs to even the flying pterodactyls. 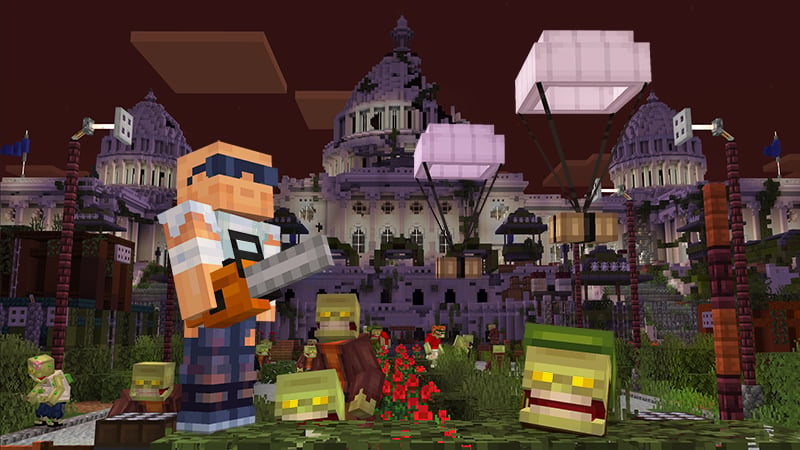 Zombies change Minecraft in a variety of ways, gone is the standard zombie that is littered throughout the Minecraft world and has now been replaced by thirty-five different types. These types range from clown zombies, which look horrifying to Mutated Zombies that have four arms or may have a jetpack to fly towards the players to attack them easily.

The weapons in this fantastic addition range from grenades to bows that can be used to shoot down the flying zombies with ease and up to 11 other custom weapons that can be used as either a gun, bow or melee form of combat! 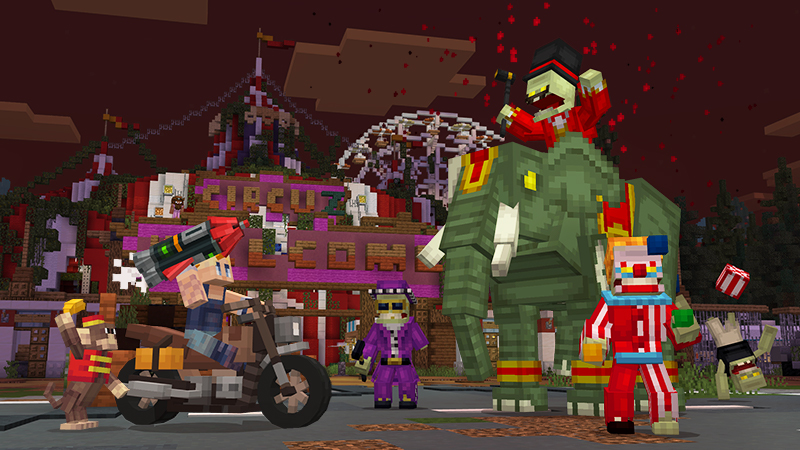 These weapons are different from standard Minecraft weapons in the way that they are 3D rather than being just 2D. This sets this pack apart from other Minecraft Marketplace items which

Another fantastic feature of this Marketplace item is that it has both Animated Cutscenes and Zombie Boss fights. Meaning players will have to stock up the heavy-hitting weapons for the large bosses after watching an animated cutscene in Minecraft!

This large number of possible zombies to face means that players should be able to be easily entertained for even longer gaming sessions. The Boss Fights keeps the player having to strategize which weapons to use and which ones to save for a potential boss fight that may be coming up.

Zombies are currently available on the Minecraft Marketplace for the low price of 1,690 Minecoin. The ability to play with friends as you hunt zombies is a perfect way to spend your quarantine!

Pokemon In Dnd? Pokemon5e Is A Fanmade Conversion That Is Still Receiving Updates Today!