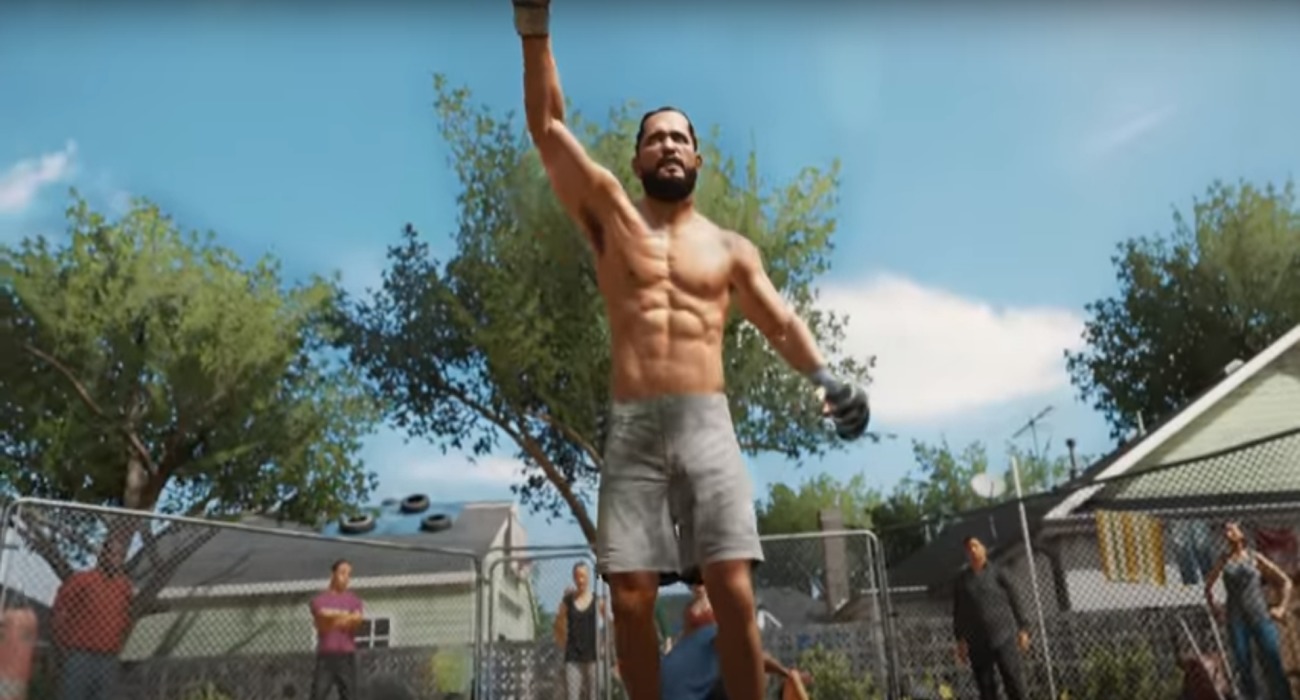 It’s pretty amazing to see how far the sport of mixed martial arts has come. It has gradually evolved into one of the most popular sports around, featuring elite fighters that put their bodies on the line to come out victorious.

The sport has grown so much that it has crossed over into video games. EA Sports has already created several UFC games, which have gradually gotten better and better. Many have been expecting an announcement for UFC 4 and thankfully, it’s finally here.

EA Sports UFC 4 was just officially teased in an adrenaline-pumping trailer featuring Jorge Masvidal and Israel Adesanya. They will be the official fighters on the cover, which is quite the accomplishment. In years past, we’ve seen such greats as Jon Jones, Ronda Rousey, and Conor McGregor.

These fighters have done so much for the sport of MMA, going on to become undisputed champions. Masvidal and Adesanya are in good company and they deserve all of the recognition they’re getting. You can bet the cover will boost their stock in many ways moving forward.

As far as the trailer itself, there are many takeaways worth talking about. One that stands out the most is the backyard fighting. Back when MMA was in its infancy stage, fighters would compete head to head in makeshift arenas out in the middle of nowhere.

We see Jorge Masvidal doing this exact thing in the trailer. It’s where his fighting career started, backyard-brawling with the likes of Kimbo Slice.

Being able to fight in these more rugged environments is a great change of pace for this series overall. Who knows what other venues will be available when you take your created fighter up through the ranks?

We also see Israel Adesanya in some sort of underground kickboxing arena. He and his opponent are dressed in conventional thai attire, showing where it all began for Adesanya. It’s a great way of promoting this latest installment.

The visuals look pretty fantastic. That has always been a staple of this UFC video game series. Not much is known about the different mechanics, but it’s pretty safe to assume that they’ve changed. We should get more of a breakdown of the new systems as we get further into 2020.

It was a pretty outstanding reveal for UFC 4 overall and just goes to show that EA is committed to making improvements that take this MMA gaming series to new heights.