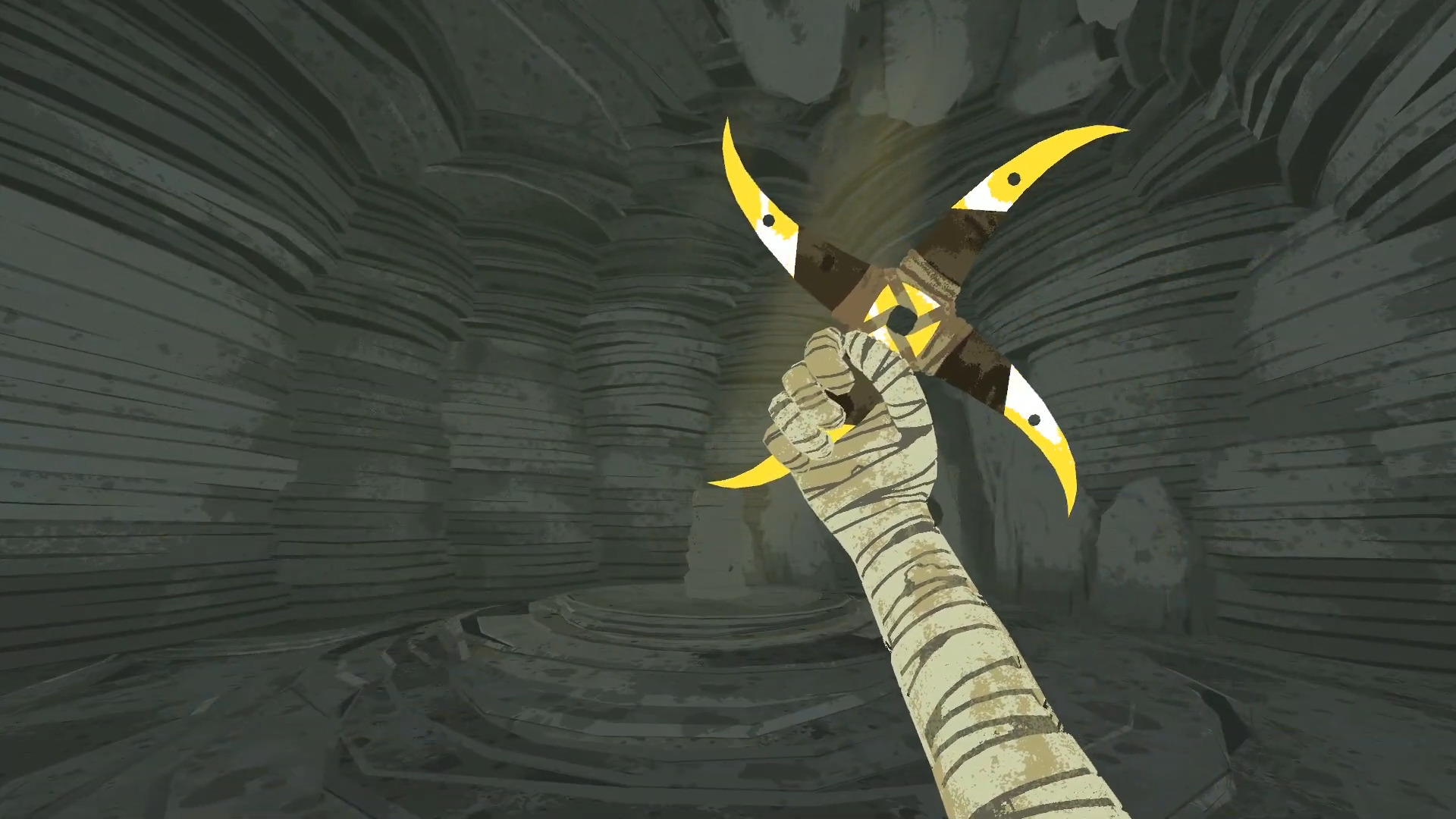 It’s been a busy year for Devolver Digital, pushing some fantastic indie hits throughout 2020. Boomerang X from studio DANG! looks to continue this fine form into 2021.

The incredibly stylish arena shooter looks slick and a lot of fun, with this detailed cell-shaded art style and a bizarre mish-mash of environments and enemies to slice through.

RELATED: StarCraft 2's Season 2 Maps Are Announced, Complete With Notes From The Creators Themselves

we are delighted to announce that Boomerang X is being published by the fine freaks at @devolverdigital!

for those new to Boomerang X, welcome! check out our Steam page (https://t.co/D0o7tXvBCK) or say hi on Discord (https://t.co/qTducuy1MM)! Kaspidae beckons. pic.twitter.com/mmeXYWB9HV

RELATED: Minecraft VR, Which Is Only On PCs, Was Running On The Oculus Quest Stated John Carmack

The teasers have been brief so far, although what has been revealed about the game – in Twitter posts, mostly – show-off a fast-paced arena shooter with acrobatic movement.

You can dash, spin, fly, and dive through various environments, each plagued with a host of wacky-looking monsters. Your main weapon is your trust Boomerang, cut with a razor-edge.

Boomerang X does have a story, too. An ancient and murky power is looking to emerge from the depths, oozing through the cracks of derelict cities and through the roots of primordial forests.

Here’s a little clip of the slick gameplay from the @videogang Twitter page.

As you might expect from a game with movement and an art-style like this, you’ll be able to slow down time to pull off impressive combos. Collect the lifeblood of the monsters dotted around the levels and build up a power-well of this time-control power.

The game was first revealed at the end of 2019 and it was announced this week that Devolver Digital would pick up the game’s publication for an early 2021 release.

Here’s a little look at some of the best screenshots to give you an idea of what Boomerang X looks like so far: 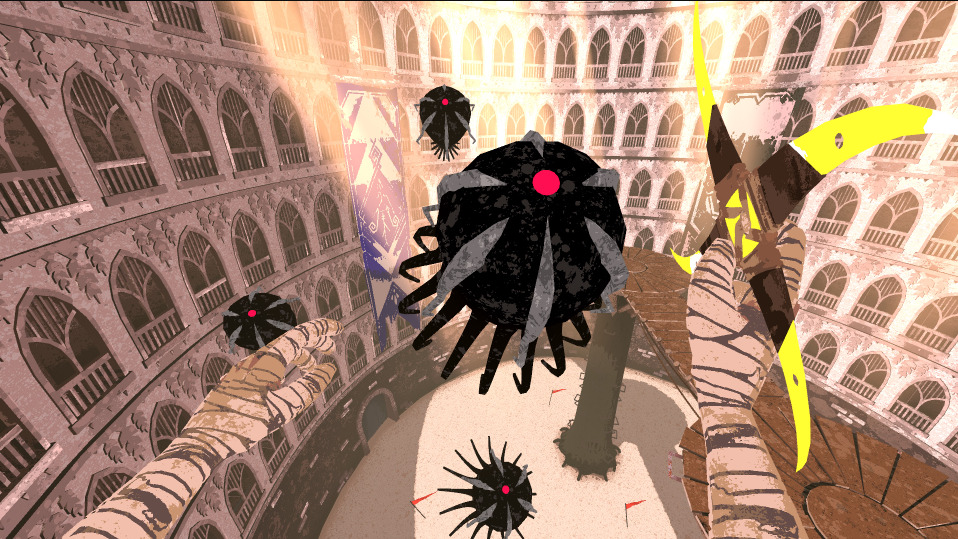 There are a lot of these jellyfish-like enemies, a group of which is called a “smack”. There’ll be a lot of smacking going on, I think – though I took this joke from the developer’s Twitter page. 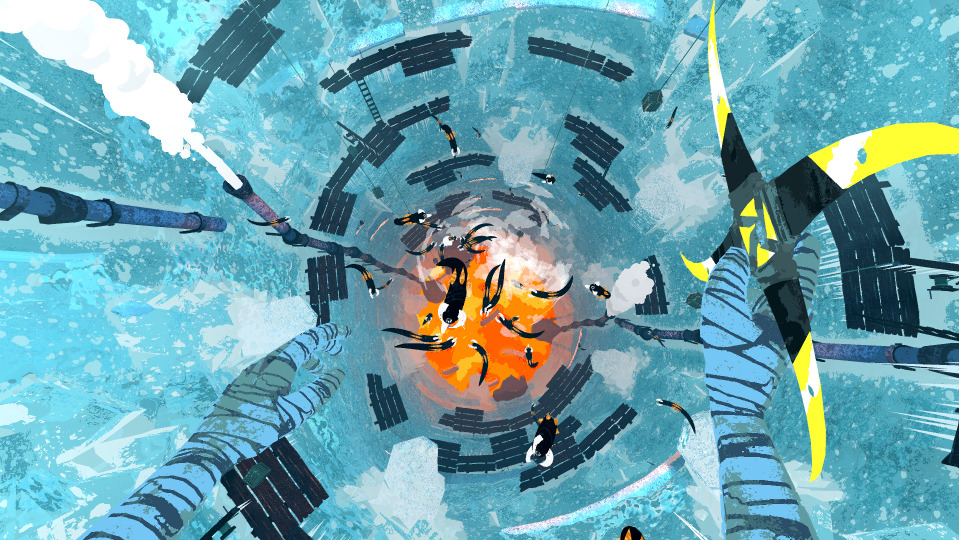 This screenshot gives you a glimpse of just how stylish Boomerang X is, and a look at that deadly weapon.

It’s a game that fits Devolver Digital’s style and slips into the roster of indie games on offer from the studio. You can follow development progress and more details about Boomerang X on DANGs! official Twitter page.

Likewise, you can visit the game’s Steam page and stick it on your Wishlist if this stylish game looks like something you’d enjoy at the start of 2021. Here’s the trailer from back in 2019. 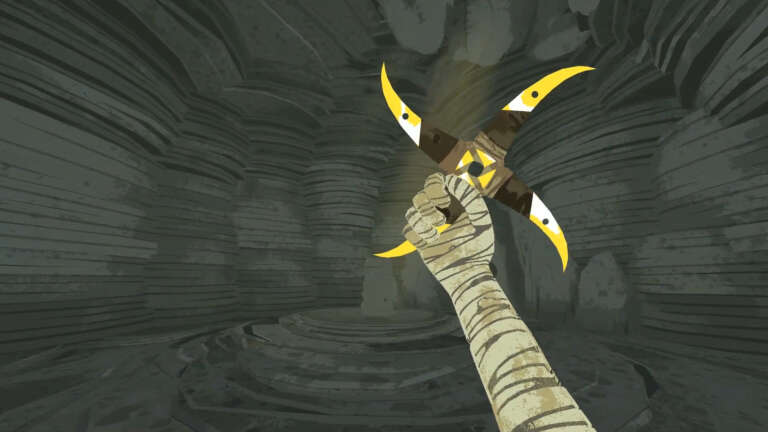 Dec 5, 2020 Harry Alston 7920
It's been a busy year for Devolver Digital, pushing some fantastic indie hits throughout 2020. Boomerang X from studio DANG! looks to continue this...