PLAYISM is publishing the game for North American audiences.

Giraffe & Annika stars Annika, a cat-eared heroine who has adventures on the mysterious island Spica with her bluebird friend Pipi. Unfortunately, Annika has lost her memories, but she remains carefree and gentle.

Along with Annika’s adventures, she meets a young boy named Giraffe, who claims he knows her, but she doesn’t remember him. She assists Giraffe to collect pieces of the three stars and solve mysteries on the island. Only after she collects the stars can she discover the secrets of the island.

The Witch of the Forest, Lily, is the primary antagonist. She’s loud and bossy, but this is why other characters in the game love her. Lily causes trouble for Annika on the island, but it may be because she is somehow linked to the heroine’s past.

The game isn’t the typical RPG adventure. Enemies are defeated by using rhythm games. Attacks have to be synchronized to overcome various challenges on the island.

There are five unique dungeons across the island. These dungeons are where the star fragments are held and hold the key to unlocking Annika’s memories.

THere’s a cute bonus factor to the adventure game as well. Players can hunt for cat paintings and combine them to unlock adorable artwork. As the gallery grows, players can unlock prizes.

Giraffe & Annika was created by Atushi Saito, who was the Director & Program Character Design under his development studio atelier mimina. In charge of the soundtrack is TOMZUIN H, who previously worked on the GitarooMan series. The game was built using the Unreal Engine.

Giraffe & Annika was released on the Nintendo Switch and PlayStation 4, but now players on PC will be able to play the game sooner than expected.

Cyberpunk 2077 Is Getting A Multiplayer, Although It Won't Be Available At Launch According To Developer 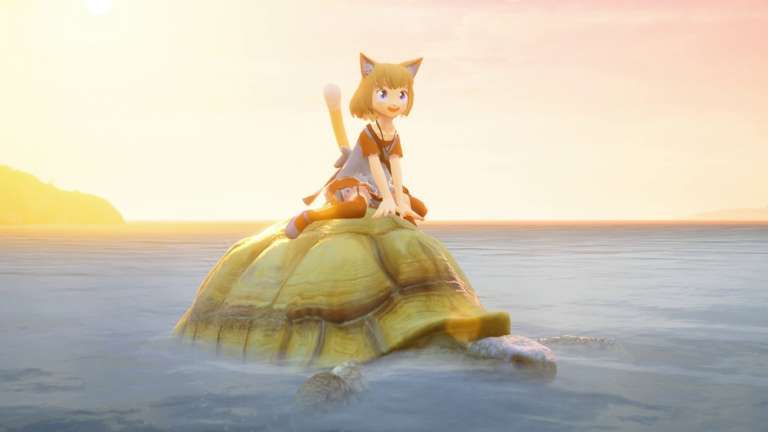