The 2D Stealth Game Wildfire Is Now Available On The PS4 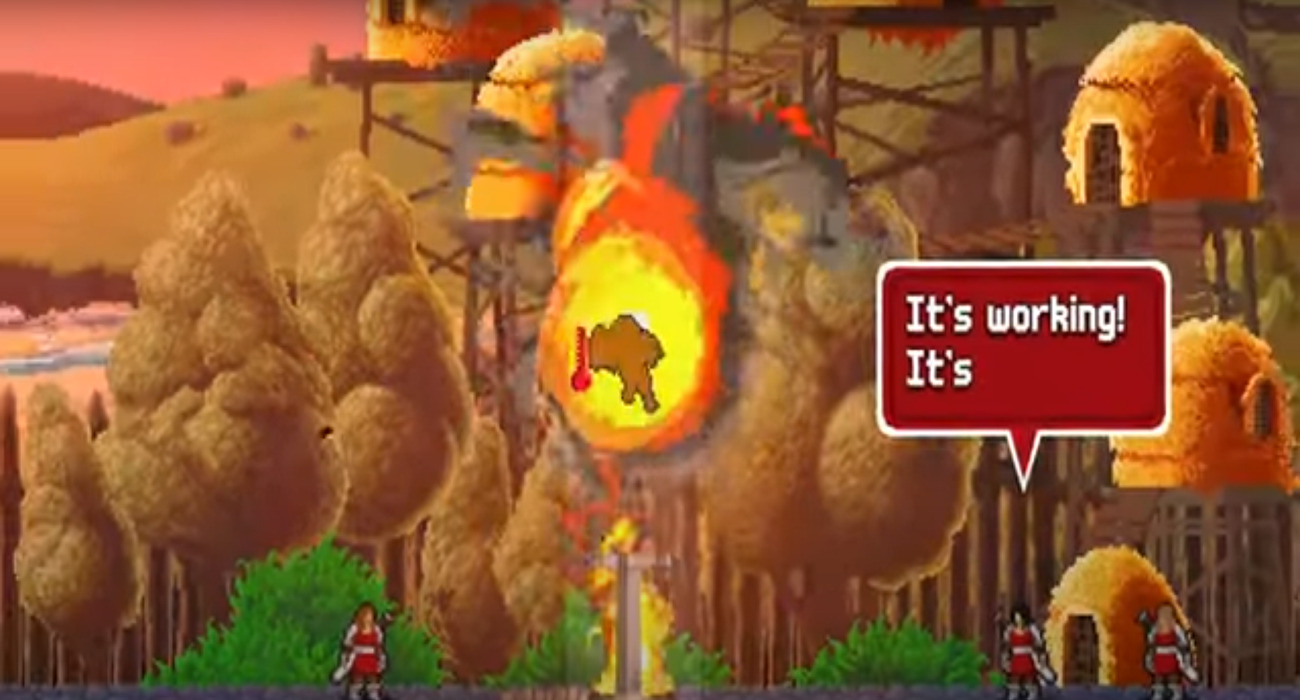 Wildfire is a 2D stealth game that originally debuted on PC back in May. Since launch, it has gone on to receive rave reviews for its pixel art, elemental-based powers, and competent stealth mechanics.

Now, the game is officially available on PS4 and that means many more can experience this unique and addicting game about a taking back a homeland that has been plagued by an evil force.

Throughout your time in Wildfire, you’ll battle smart enemies that have the ability to work together to take you down. The developer has fortunately given you many ways to approach combat and traversal thanks to the different elements you’ll come to master with time.

RELATED: Red Wings: Aces Of The Sky Is Now Available On PC And Consoles

The fire element stands out right away and that’s appropriate considering this platformer’s title. You can use it to burn enemies ablaze, but you can’t be too careless because the environments you set on fire could come back to burn you up as well.

There are other elements you’ll get to work with as well, including ice and earth-shaping abilities. You can freeze enemies or use this element to freeze water, where you can then walk across it to the next area you need to get to.

As far as your earth-shifting abilities, there are plenty of mechanics to master as well. For example, you can make vines appear that you’ll use to elevate your character up.

These are just some of the unique abilities featured in Wildfire. As you progress, you’ll get to unlock more and that keeps gameplay from becoming stale. There are always new mechanics to master and new ways to approach gameplay.

Wildfire isn’t a game you have to play solo either. Co-op is supported for those that like having a teammate to lend a helping hand when enemies get to be too much. There are certainly some cases where you’ll be thankful you took a collaborative approach.

You’ll also have the chance to bond as both you and the other player figure out more layers to these elemental powers. The game has a lot of heart and it’s easy to see why so many have enjoyed it since launch. These retro platformers have plenty nostalgia and Wildfire has this in spades as well, especially if you grew up playing this genre back in the day.

It’s great to see such a beloved platformer that maybe doesn’t get as much attention as it deserves end up on another platform. It lets more gamers appreciate the developer’s hard work.

Jul 5, 2022 Stephen West 100
Several images from Modern Warfare 2 have surfaced online, having been found in Warzone Mobile files. The images were originally posted by a...

Jul 5, 2022 Stephen West 1160
In the video, Leon wanders through the gloomy locations of a Spanish village. The first gameplay teaser for Capcom's Resident Evil 4 remake has...