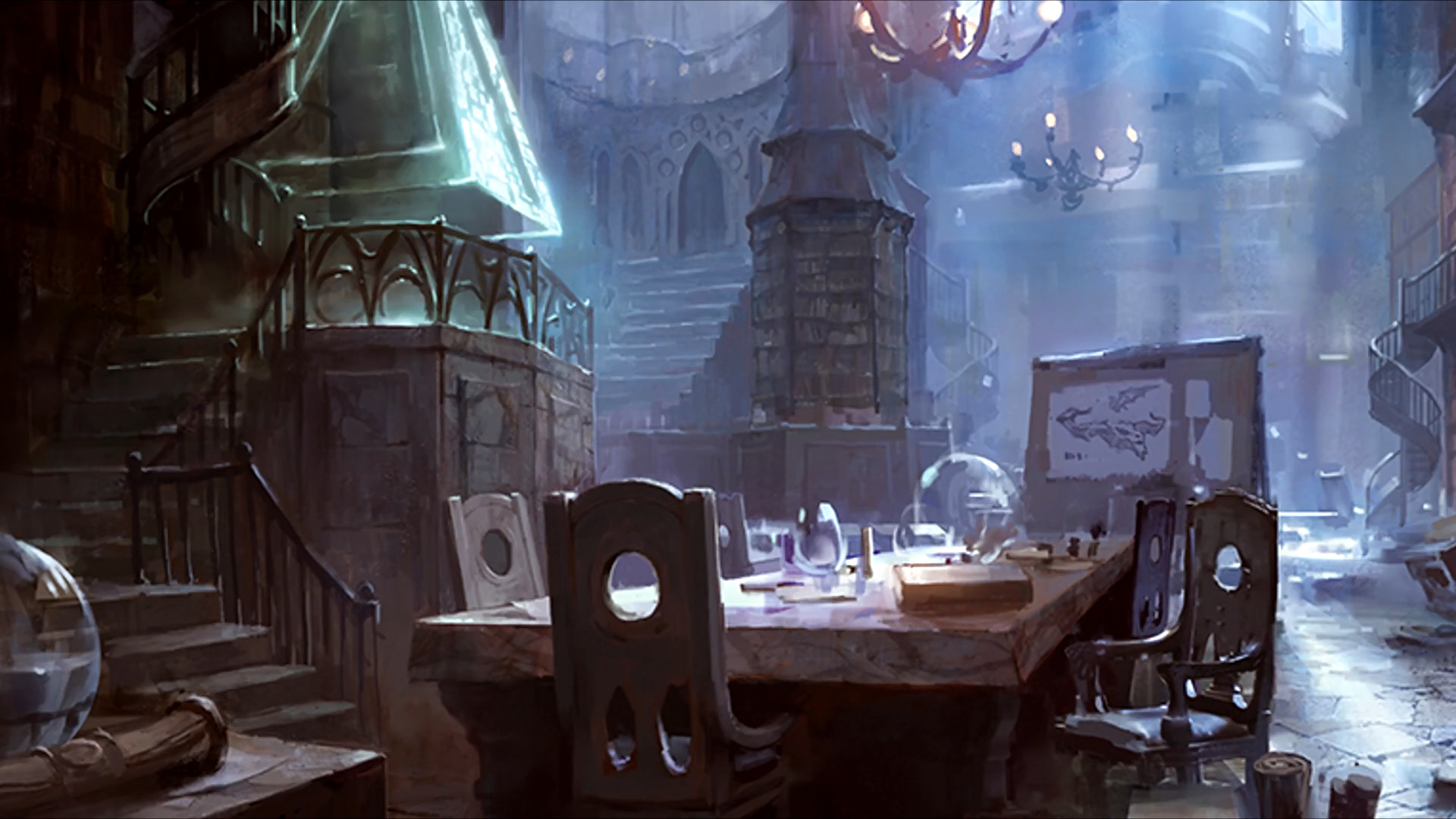 Amongst the plethora of features added in with Tasha’s Cauldron of Everything, including subclasses, feats, and magic items comes a new feature as well: Group Patrons. Group Patrons can be collections of people, such as guilds and academies, or they can be some sort of ancient being, like Cthulhu, Asmodeus, or Bahamut.

Tasha’s Cauldron of Everything describes 8 different example Group Patrons, the first of which, Academy, will be covered in the article below.

RELATED: Leak: Assassin's Creed Ragnarok Seems To Be A Cross-Gen Title, Along With Released Details Of Its Game Mechanics

An Academy can be any collection of people working in the shared pursuit of some kind of knowledge. Academies can be on any subject you like, from magic to cooking to the military. The book lists monasteries, boarding schools, and institutes all as potential routes to explore.

RELATED: After Delays, The Outer Worlds Is Coming To Nintendo Switch On June 5th

A large motivator for many players is the perks and rewards gained through membership to an academy, and it definitely doesn’t disappoint. Potential perks for joining an academy are as follows:

Compensation – The academy pays for the work you do on its behalf. The nature of your employment influences your compensation. On average, the academy pays each member of your group 1 gp per day, or enough to sustain a modest lifestyle. Alternatively, you receive a bounty (at least 250 gp) for each artifact or relevant discovery you bring back from your adventures and donate to the academy.

Documentation – Each member of your group has identification denoting your affiliation with the academy. This association carries clout in scholarly or artistic circles. The academy also secures documentation, letters of introduction, and traveling papers if your work requires them. Such documents grant you special status, such as access to forbidden regions or neutral standing in embattled areas. Such identification isn’t always a boon, though. In a land frequently plundered by foreigners, your documents could mark you as nothing more than aggrandized looters to some.

Research – Research is part of your group’s job, but your patron also has abundant resources to facilitate such efforts. You can call in a favor to delegate the work of researching lore (a downtime activity described in the Player’s Handbook and Xanathar’s Guide to Everything) to a colleague, contact, librarian, or research assistant. You’re responsible for covering expenses incurred as part of this research, and the DM determines its success or failure.

Resources – Academies host libraries, museums, record repositories, and training facilities, and you can use them to further your work. You can call in a favor from faculty members to access resources not available to the public-dangerous relics or magic items, spellbooks, gear, and the like. Additionally, you can consult with the faculty of your academy as the experts in various fields.

Training – Because you’re associated with the academy, you receive a discount on any education you wish to pursue. When you undergo training as a downtime activity (as described in the Player’s Handbook or Xanathar’s Guide to Everything), you pay half the normal cost, assuming the academy teaches that subject. Training in languages, musical instruments, and other tools is also available, at the DM’s discretion.

You can also gain proficiency in the Arcana, History, Nature, or Religion skills by this method as if you were learning a language. A character can learn only one of these skills in this way.

In addition to these fine perks, an adventuring group also needs some sort of contact with the Academy that manages their relationship to the college. This can be the dean of a college keeping up with comings and goings of their students, or perhaps a rushed secretary.

Finally, you’ll want to keep the players coming back with quests. These quests should pertain to the work or coursework your adventuring group or character is performing. Examples include locating rare zoological specimens, studying crypto-geography, or finding the origins of divinity.

RELATED: Minecraft And Fortnite Are Some Of YouTube's Most Watched Video Games In 2019

If you like this content and would like to see more, it’s recommended to visit the Unearthed Arcana portion of the D&D website for more information. As always, stay tuned for future coverage on Tasha’s Cauldron of Everything!