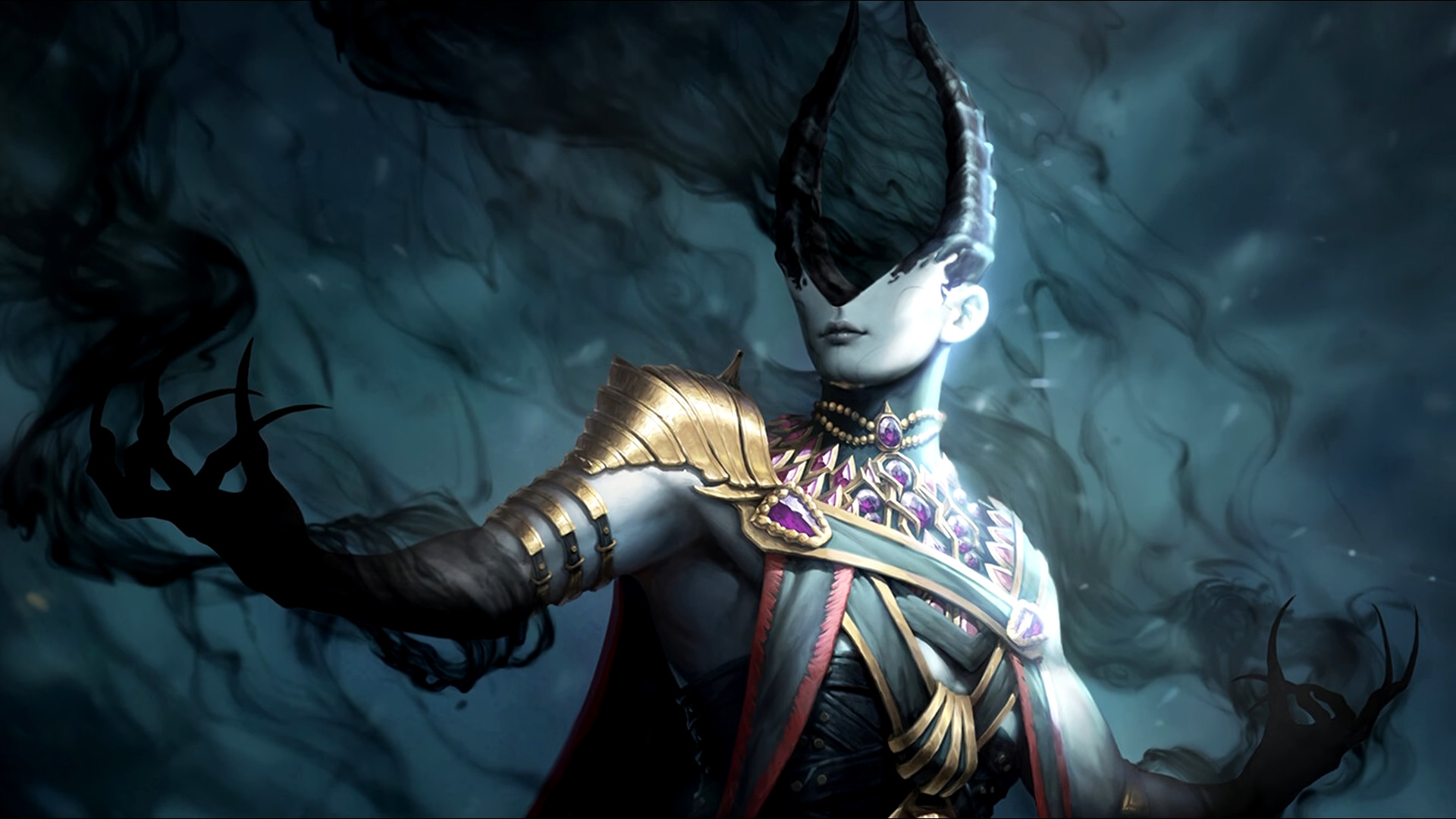 Tasha’s Cauldron of Everything is well into its global release, and DnD adventures across the world have been dying to take a peek at the contents. WOTC’s newest expansion offers players new subclasses, feats, magic items, spells, and more!

The previous article covered the Demonomicon of Iggwilv, and the one below will cover Luba’s Tarokka of Souls.

Not all lingering spirits are tragic souls, lost on their way to the hereafter. Some languish as prisoners, souls so wicked mortals dare not free them upon an unsuspecting afterlife. Created by a figure of Vistani legend, Luba’s Tarokka of Souls shaped the destiny of countless heroes. The prophecies of this deck of cards also revealed great evils and guided its creator into the path of nefarious forces. Untold times the deck’s creator, Mother Luba, narrowly escaped doom, spared only by her keen insights. But even for her not all wickedness could be escaped. In the most dire cases, Mother Luba managed to ensnare beings of pure evil amid the strands of fate, imprisoning them within her tarroka deck. There these foul spirits dwell still, trapped within a nether-realm hidden amid shuffling cards, waiting for fate to turn foul – as it inevitably will.

RELATED: Cyberpunk Will Be Getting Its Own Card Game Spin-Off Called Cyberpunk 2077: Afterlife

Like all tarokka decks, the Tarokka of Souls is a lavishly illustrated collection of fifty-four cards, comprising the fourteen cards of the high deck and forty other cards divided into four suits: coins, glyphs, stars, and swords.

Random Properties – The artifact has the following random properties, which you can determine by rolling on the tables in the “Artifacts” section of the Dungeon Master’s Guide:

Spells – While holding the deck, you can use an action to cast one of the following spells (save DC 18) from it: comprehend languages, detect evil and good, detect magic, detect poison and disease, locate object, or scrying. Once you use the deck to cast a spell, you can’t cast that spell again from it until the next dawn.

Enduring Vision – While holding the deck, you automatically succeed on Constitution saving throws made to maintain your concentration on divination spells.

Twist of Fate – As an action, you can draw a card from the deck and twist the fortune of another creature you can see within 15 feet of you. Choose one of the following effects:

Weal – The creature has advantage on attack rolls, ability checks, and saving throws for the next hour.

Woe – The creature has disadvantage on attack rolls, ability checks, and saving throws for the next hour. The deck can be used in this way twice, and you regain all expended uses at the next dawn.

Prisoners of Fate – Whenever you use the Twist of Fate property, there is a chance that one of the souls trapped in the deck escapes. Roll a d100 and consult the Souls of the Tarokka table. If you roll one of the high cards, the soul associated with it escapes. You can find its statistics in the Monster Manual. If you roll a soul that has already escaped, roll again.

Destroying the Deck – Luba’s Tarokka of Souls can be destroyed only if all fourteen souls within are released and destroyed. This reveals a fifteenth soul, a lich, that inhabits the Nether card, which appears only when the fourteen souls are defeated. If this ancient entity is destroyed, the Nether card vanishes and the deck becomes a normal tarokka deck, with no special properties, but it includes a new card of the DM’s design.

If you like this content and would like to see more, it’s recommended to visit the Unearthed Arcana portion of the DnD website for more information. As always, stay tuned for more coverage on Tasha’s Cauldron of Everything!