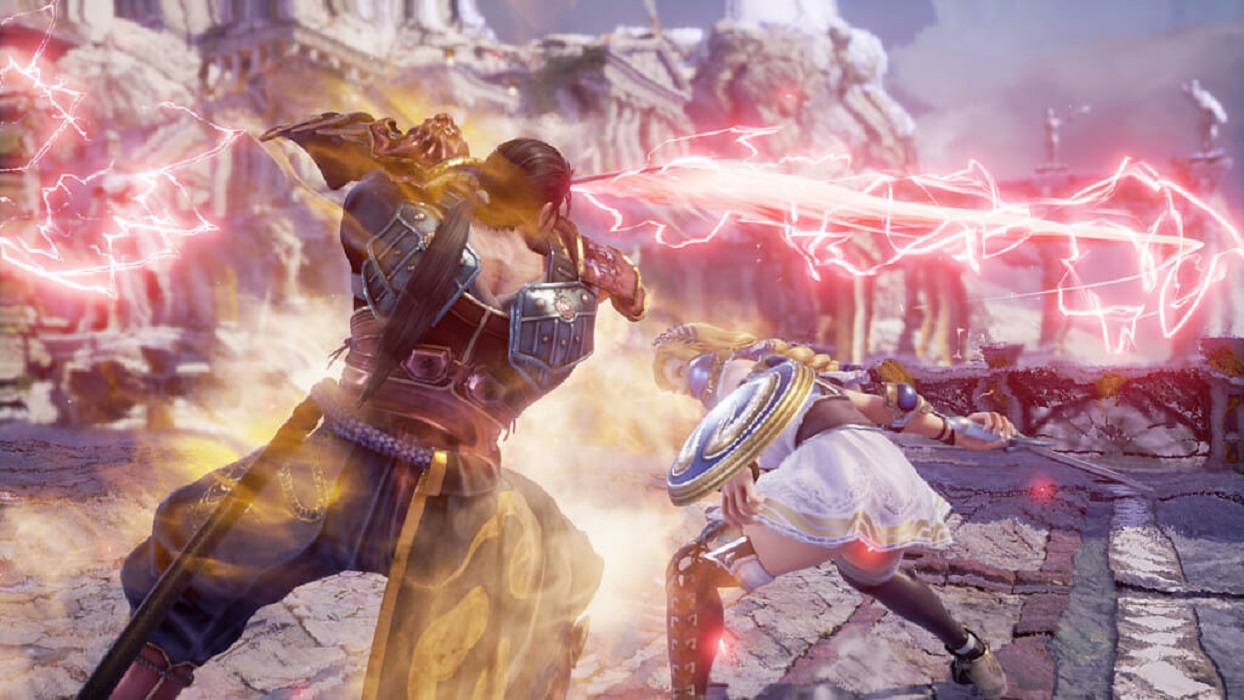 If you’re a fan of fighting games, you’ve probably got your hands on a Soulcalibur game at some point. This series is known for its awesome fighting mechanics and lethal weapons. Every installment improves upon the one before and the series is one of the most beloved in the fighting game genre.

Soulcalibur 6 elevates this classic series even more, and now, it is available for only $15. All gamers have to do is visit Newegg.com and enter the following promo code: EMCTATE28. It gives you 50% off on this amazing arcade fighter. This is quite a deal for such an addicting and fun fighting game.

If you’ve never had the chance to play Soulcalibur 6, you’re missing out on some great combat action. Developed by Bandai Namco, this sixth installment stays true to weapon-based combat. It’s the weapons that make this series so beloved by many.

However, Bandai Namco didn’t rest on their laurels. They evolved the game just enough to keep the series fresh and current with modern gaming trends. The mechanics have been adjusted somewhat, but not so much to where you won’t feel at home. Even if you’ve never played a Soulcalibur game, the controls are easier to master after several sessions.

The weapons have always been so fun to use in this fighting series. Each character in this new version has different attributes and weapons for you to master. They’re satisfying to see slashing through opponents.

An interesting addition worth mentioning is Reversal Edge. It essentially allows you to absorb several blows before unloading a brutal attack of your own. It’s like a game of rock, paper, scissors. Winning this mini-game within a match gives you the next turn. It’s an interesting concept that really balances out the skill discrepancy that may be present between players.

Another noteworthy feature of this game’s combat is Soul Charge. Every player has one and it allows players to build up towards a Soul Charge meter with every hit. Once this meter gets full, players can unload a special attack that deals quite a bit of damage.

For only $15, Soulcalibur 6 is a steal. It’s one of the better fighting games you can find on the market and it does the series justice. It’s great to see Newegg offer such great savings, giving all gamers the chance to experience something that they might not have been able to before this major discount. It probably won’t last long, so now’s the time to act.