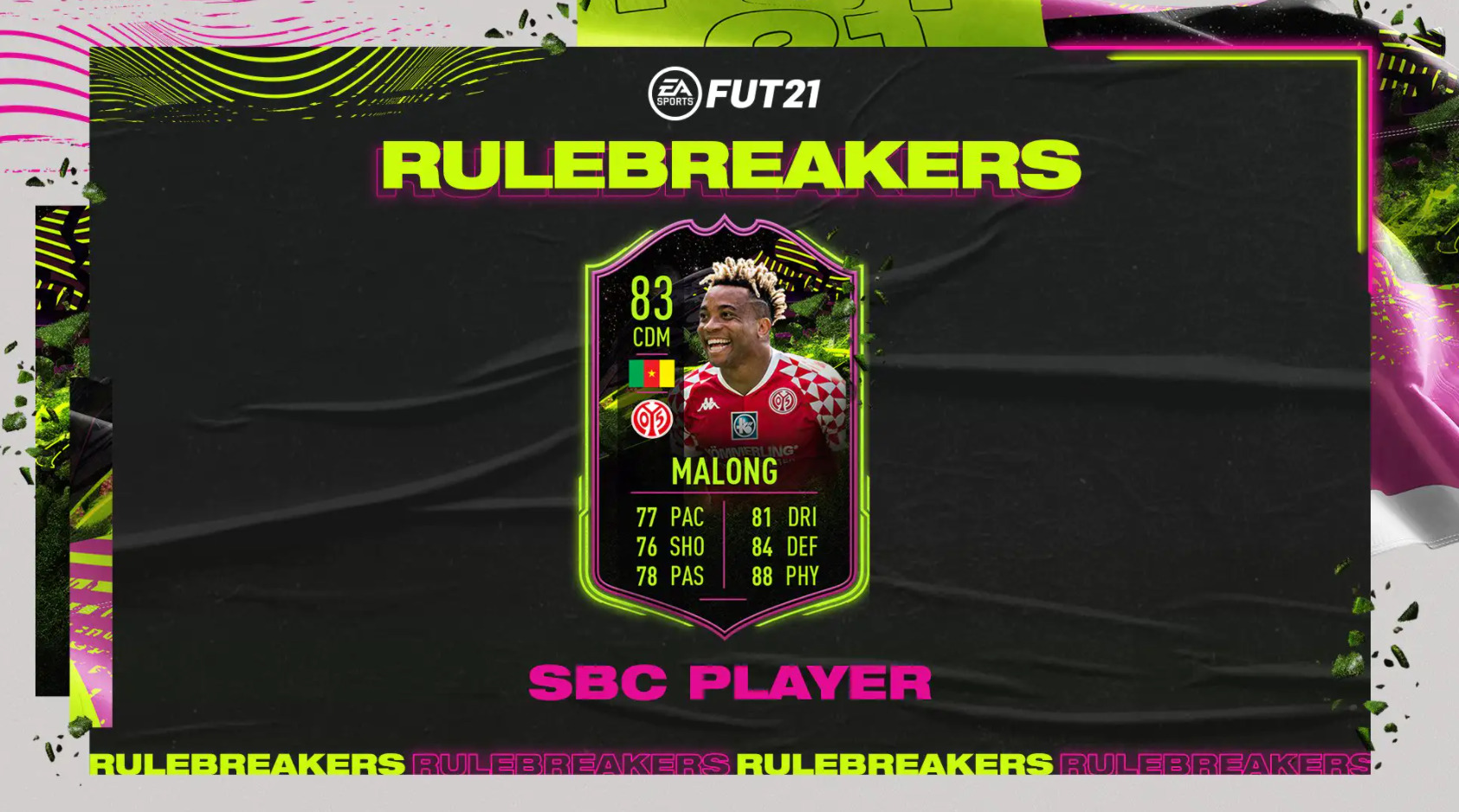 The new promo in FIFA 21 is all about promoting less-used cards and introduced big stat boosts to weaker areas of certain players. Kunde Malong, CDM for Mainz in the Bundesliga, is one of those cards now available in an SBC.

Coming in at around 80k, this card is actually quite expensive for what you’re getting. Sure, Malong’s card is pretty strong, but compared to a 3k player like Zakaria? The difference isn’t that great, especially for an 83-rated and an 84-rated squad.

It’s usually not advisable to put too many coins or cards into these types of SBCs. A card like this will likely only give you a return for a couple of weeks but you inevitably find an upgrade. The Bundesliga is full of decent midfielders that can play at CDM, including Zakaria and Emre Can.

Here’s a look at Malong’s stats and it might give you a clearer reason as to why you should steer away from this SBC: 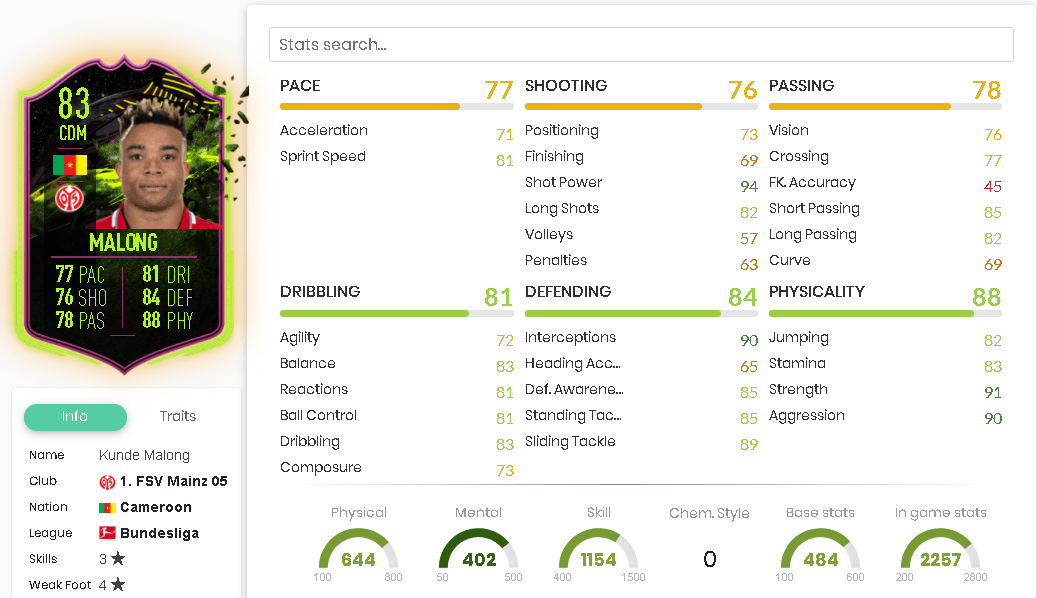 Thanks to FUTBIN again for this clear layout of stats. So, the card. There’s no doubt that this is a solid card, with great defensive stats and decent pace. Even his dribbling is respectable for a defensive player. With the right in-game tactics, you could easily play him at centreback.

With a Shadow chemstyle he’s boosted up to an 88 CDM with rapid pace and pretty intense defensive stats. You could also play him with a Catalyst or Anchor, although I’d recommend a Shadow.

However, compared to other popular Bundesliga midfielders, Malong doesn’t quite stack up. If this card was a base gold card in-game, I reckon it would come in at 4k at a push, definitely nowhere close to 80k+.

RELATED: The Sci-Sport Title Steel Circus Is Set To Hit Early Access On Steam In August

Denis Zakaria, another CDM from the Bundesliga and a popular card at the start of FUT21, comes in at just 4k. The cards are very closely comparable, although Malong does have a better weak foot and does get a better defensive boost with a Shadow.

Overall, this is another SBC that you should probably steer away from unless you’re a fan of the player or stuck for a boost in your defensive Bundesliga midfield. Even with a bunch of untradeable cards, it’s probably worth saving those cards for a future SBC that is better value or a little more meta…