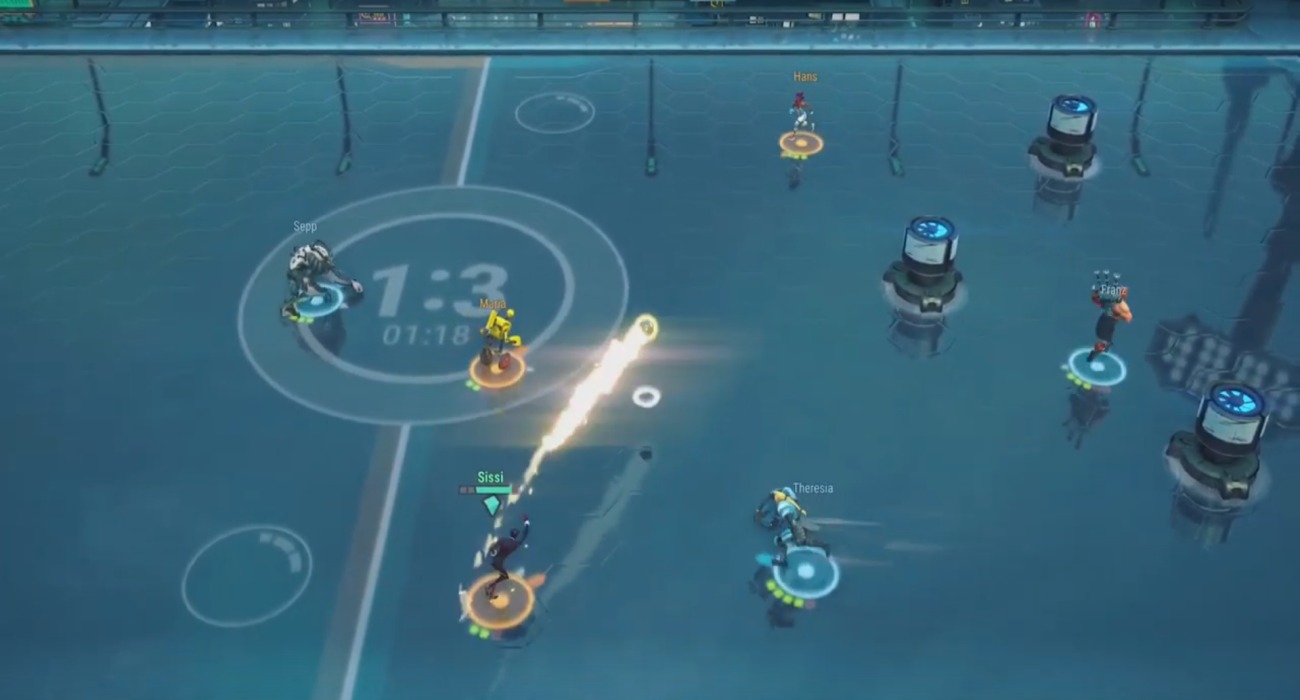 It’s fun to think about the future landscape of sports. We’ve seen some pretty interesting interpretations over the years in both movies and video games. The original Tron — for instance — gave us a sneak peek of what could be waiting in the future. Now, Steel Circus has its own take on sci-fi sports.

This online game is being developed by Iron Mountain Interactive and is set to hit Steam Early Access in August. It has an interesting take on future sports. Players control various forms of Champions, who battle it out with an opposing team while trying to score goals simultaneously. It’s like rugby, but way more violent and futuristic.

Players will be able to pass and dodge to score goals. Conversely, those on the defensive side can tackle opponents to gain back possession. This isn’t just a mindless sports game, either. To score goals, players will have to use a lot of strategy and teamwork. Already, this game looks like a fun time.

Some gameplay footage has been shown here and there, and for the most part, Steel Circus looks to be elevating the sports gaming genre. Let’s start with the setting. It’s the year 2350. War and conflict have been the norm, fragmenting the entire solar system.

To retain some sort of peace, factions have created a game where Champions compete at the Steel Circus. The plot is reminiscent of the era of the gladiator. Instead of fighting for freedom, though, your faction fights for peace.  There are roaring crowds in the background. They want to see action, and it’s up to your Champion to deliver it and save the entire solar system in the process.

Going back to the gameplay, Steel Circus seems to be a fast-paced game. The visuals show players moving some sort of ball/disc at rapid speeds. It appears quick decision-making will be necessary to throw opponents off and set up your team for success.

It’s important to note that this online multiplayer will be completely free. That’s right. For no money at all, you’ll be able to experience this epic sports game. It’s always nice to see developers pour their hearts and souls into games and then make them free. It shows they’re primarily interested in creating fun experiences that everyone can enjoy.

If you’re looking for a fun spin on classic sports games like football or basketball, Steel Circus seems like just the online multiplayer for you.

Head Of Stadia At Google Confirms: There Will Not Be Any Beta Testing For Google Stadia