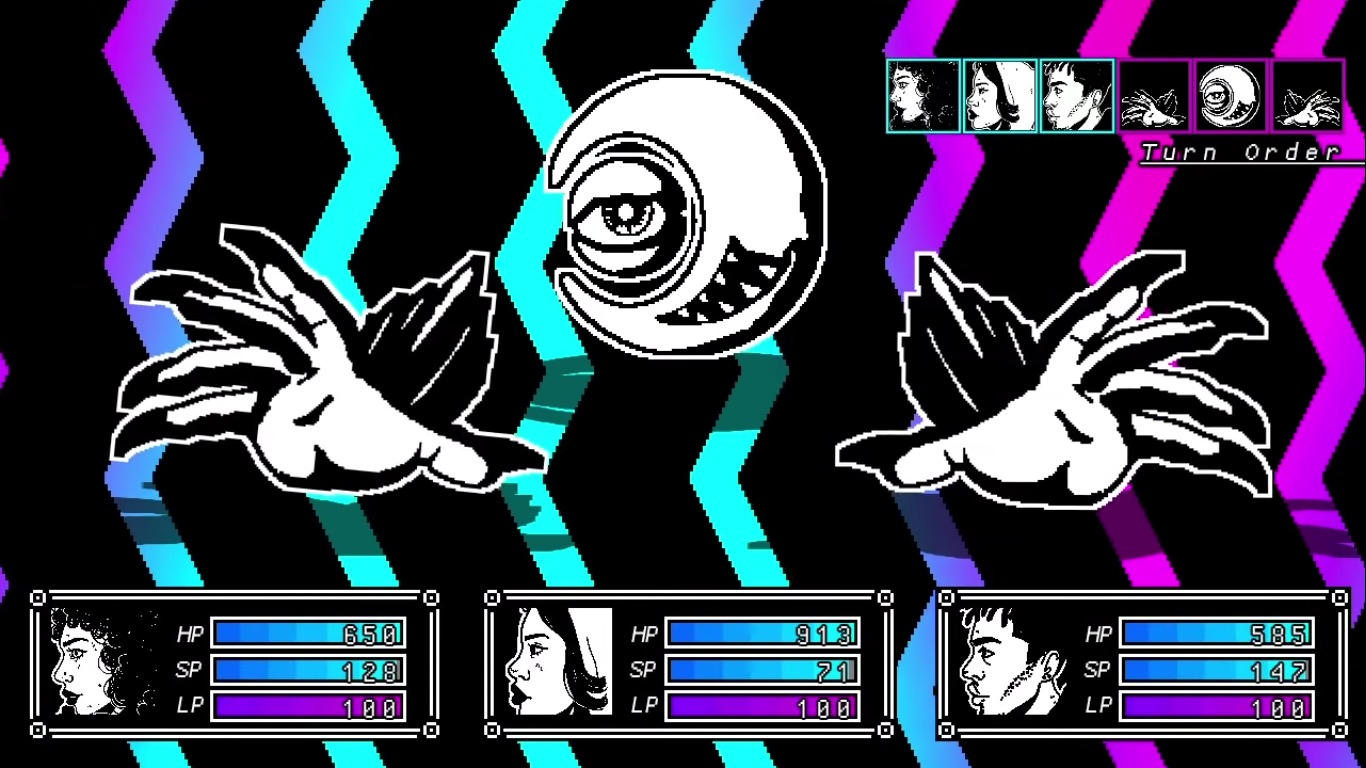 Enter a unique world inspired by classic games. In a dreamlike state, players will get the chance to wander across She Dreams Elsewhere on a whole new adventure. Thalia finds herself lost in life in a moment that things seem to be going badly. She is at a party she doesn’t want to be at, with debt she didn’t expect to have, and her dreams are no escape either. That is when she finds her dog outside the apartment, and chases him into Oblivion.

This light puzzle experience is a mix between finding treasure, JRPG standards, and unique battles. Explore a strange yet dreamlike world as you stumble through a reality filled with trouble.

Enter a surreal adventure where players must explore an ethereal dreamscape. Confront your nightmares, and try to make it out of a never-ending coma. This is a strange and disturbing reality shown in a classic style that players will never forget.

Take the role of Thalia, an anxiety-filled comatose woman on a journey to confront her nightmares. Buried inside the dreams is the truth of how Thalia ended up in this place and the secret of how she can finally escape.

This is a deep and personal story that is themed to emotions, mental health, and self-identity. Explore Thalia beyond the conforms of base understanding and learn the truth of who Thalia is inside.

This game’s world is visually striking. Although it is simple in design, the world contains an odd air of mystery mixed in subtle detail hidden in the background. Explore every detail and embrace the bizarre world around you.

The combat system is easy to learn but will take tons of time to master. As you face nightmarish beings, only be careful selection of moves can players hope to conquer the realm.

By customizing characters with the unique “Charm” system players can adapt their character to a wide variety of different strategies and playstyles. Build bonds with a charming cast of characters and explore the intimate narratives hidden inside the “Connection” system.

Explore an ethereal soundtrack composed by Mimi Page. There are tons of different up-and-coming indie artists that have contributed the game. Explore unique music in this strange world.

She Dreams Elsewhere is an imaginative adventure into the world of dreams. Explore a coma-based world and discover truths about Thalia and yourself that would never have surfaced. The game is planned for release sometime in 2020. There is already a Steam page active for those who want to wishlist this title.

Sep 15, 2020 Harry Alston 25490
Unpacking is a little gem I've had my eye on for a while, and with a recent trailer, it looks like the game is nearing completion for release in...