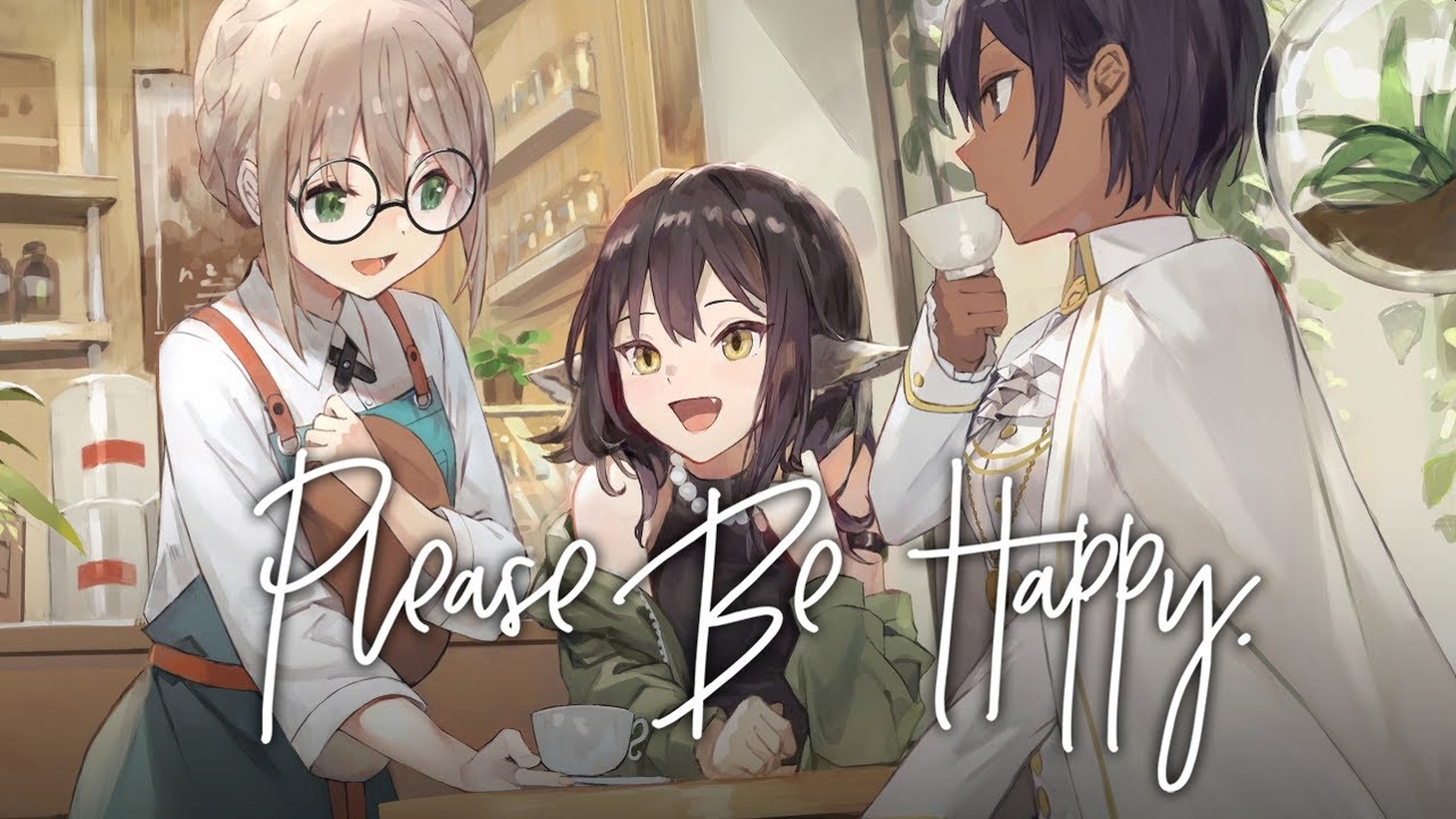 Publisher Sekai Project and developer Studio Élan recently announced their newest project Please Be Happy. The game was announced during the online event KuroCon, which welcomed fans of anime, manga, and gaming.

The upcoming slice-of-life visual novel game is set in a fictional version of Wellington, New Zealand. The player takes control of Miho, a humanoid fox, who has been searching for a kind human she met before she transformed into the creature today.

While Miho has spent years observing humans, she doesn’t have much experience interacting with them. She still has a lot to learn about how humans live together and their customs. Miho has survived so far as a thief and has mostly seen the worst humans.

After meeting the owner of a small library named Juliet, along with the aspiring novelist Aspen, Miho learns more about the kindness of humans.

Please Be Happy contains two heroine story routes, each with two happy endings. The game has additional accessibility options for those facing vision and hearing impairment.

The character design and CG illustrations were created by Kobuta. Additional art for the game are provided by Minute and Adirosa. The soundtrack contains original music composed by Sarah “Esselfortium” Mancuso.

The game contains no audio, only an English interface. This may change as the game continues into development.

The game is a casual look into life through the eyes of someone unfamiliar with the human world. While other games may provide action and excitement, Please Be Happy allows players to sit back and enjoy the best parts of humankind through the eyes of a young humanoid fox girl. Since the game has two-story routes and endings, players can replay the game a few times to get the full experience from the story.

The developer, Studio Élan, has created many visual novels. Players interested in learning more can check out the previews on their official website. Its previous titles include Summer at the Edge of the Universe, Lock and Key, Heart of the Woods, and Highway Blossoms.

Sekai Project is one of the largest publishers of visual novels. Their library includes the Nekopara series, Mahou Arms, and Pacaplus.

Please Be Happy is scheduled to launch on PC via Steam and Nintendo Switch sometime in 2020 at the earliest.

Fall Guys: Ultimate Knockout Ships An Incredible Two Million Copies Of The Game On Steam In One Week