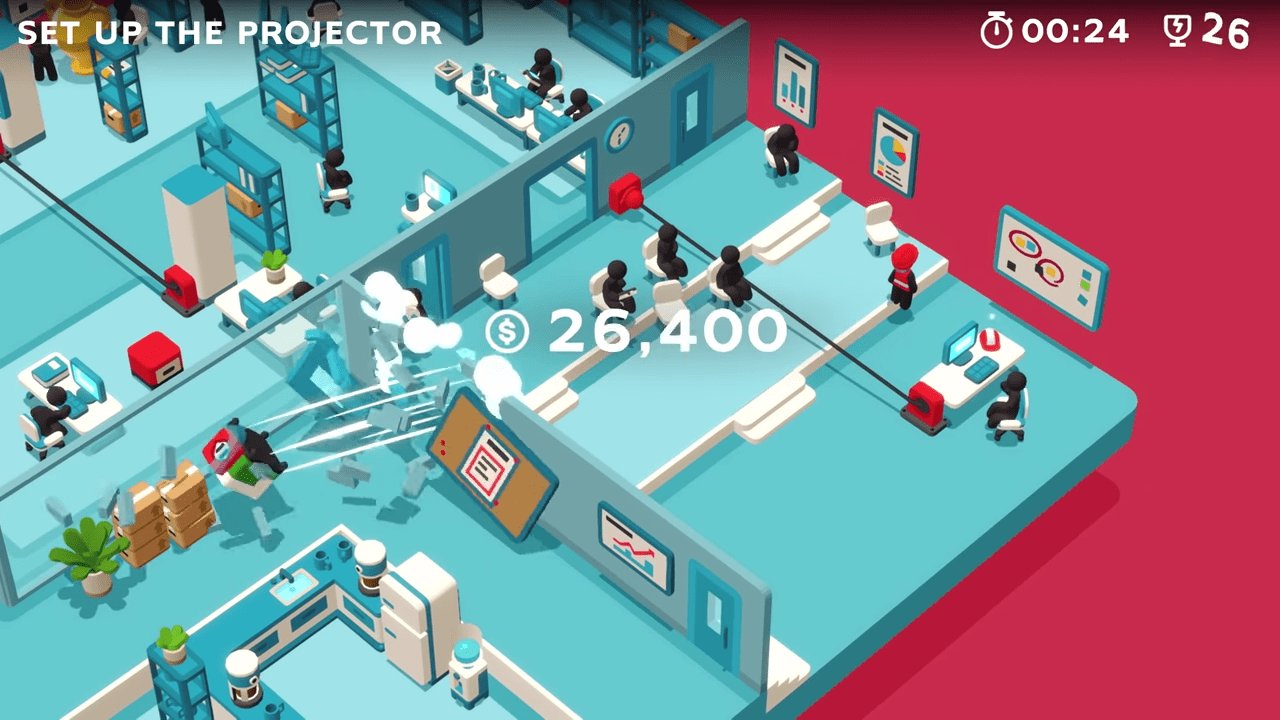 Some games are all about gameplay. Others are all about the sandbox. Good Job! does a good job (literally) of combining both of these aspects in a way that is not only fun but truly engaging. And none of this really speaks to how awesome it is to experience the game’s really funny and hilarious storyline, which gets to the heart of the modern capitalist system today.

So what are all of these hullabaloos about anyway? Well, for starters, the game begins with you being the son of the CEO of some big dog company. That’s right. You are the boss’s kid and you can do no wrong. At least according to big boy rules out here in the actual universe. So from there, as it turns out, you get a job at the lowest level of the company and try to work your way up to the top. And along the way, you end up breaking a bunch of stuff, and nobody cares! Keep reading below to find out more.

The way the whole game dynamic works is that for every level, the kid is given a certain set task. Usually, this task is pretty simple. It is about trying to move the printer to another room or move a box in a dockyard. For everyone else, these tasks are incredibly simple. But for the son of a CEO, these are monumentally difficult tasks.

So, the kid ends up getting a whole range of very strange options to use to get the job done. All of these options are crazy. Like a bunch of little slingshot tension wire, and all of the rest. You gotta use them to get crazy while keeping office damages down to a minimum, but as the trailer shows us, this is not a very easy task.

Anyway, you get out there and get it all done and be careful at the same time. The game was released early today for Nintendo Switch under a stealth release scenario, which is pretty great for those few indie kids out there who are trying to keep everything on the down-low. That’s absolutely incredible.

So, as it turns out if you happen to be quarantined at home, and you have a hankering for some of that delicious office life, then go hop on your magnificent Nintendo Switch and give a Good Job! game a download. You will like it for sure because it is truly a behemoth. Good luck!