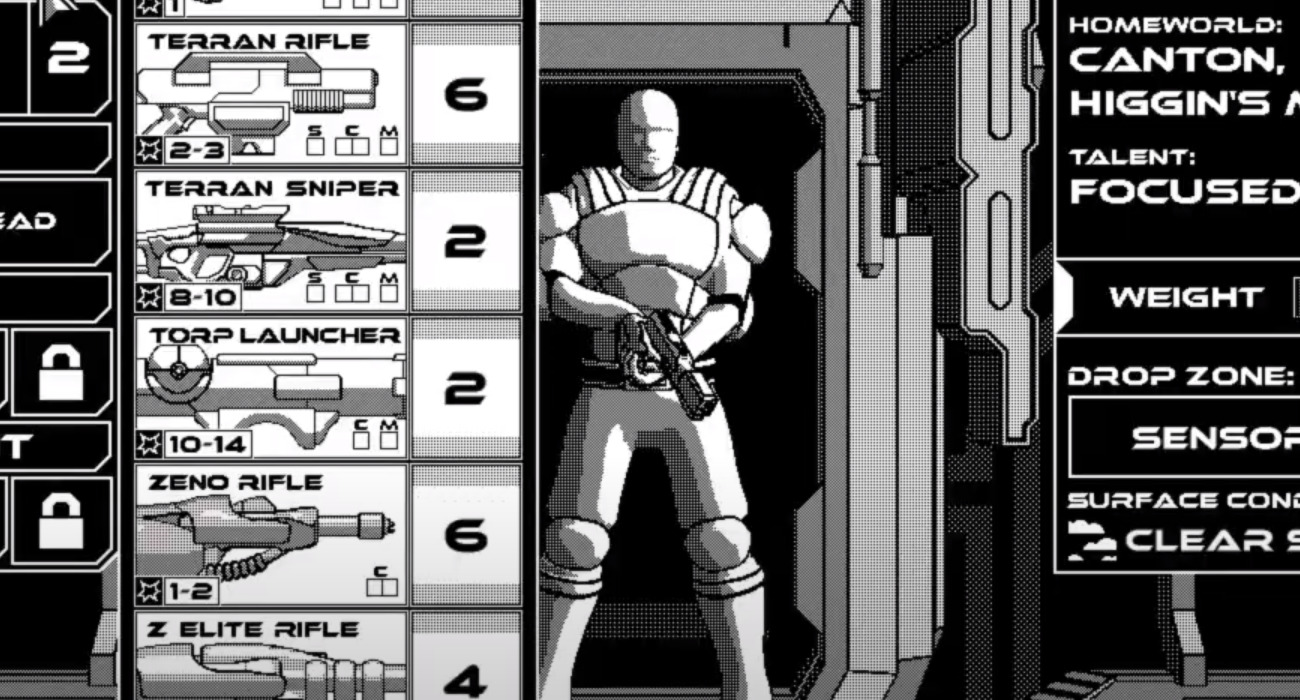 If you’re a fan of roguelite shooters, then Rogue Invader might be worth looking into. It’s being developed by Squishy Games and just received an official release date: February 21st.

It has a one-bit design with black and white colors, which look simple on the surface, but really do give this game a unique identify that invites you in. They’re complimented perfectly by the HD graphics.

It’s the best of both old-school and new-school touches that you just have to see to truly appreciate the artistic direction the developer took this game in.

Players in Rogue Invader act as invaders to an alien horde known as the Zenos. They’ve grown quite powerful over the years and it’s up to you and your invading army — the Terrans — to put a stop to this war once and for all. It’s a tall task, but if you push forward, light is at the end of this struggle.

As you move throughout different environments taking out alien threats, you’ll get to upgrade various weapons. The One Pistol is chief among them and was really the only weapon left with your fleet. You’ll have to upgrade it over time, learning its special abilities so that you gain the upper hand on the alien horde.

You also have things like the Terran Rifle, the Terran Heavy, and some grenades. When you’re not upgrading these weapons, you can collect armor resources and equipment.

The game’s simplistic nature doesn’t take away from its fun and memorable elements. There are plenty of ways to customize your loadout screen before every battle and endless opportunities to improve your invading fleet over the course of this game.

Rogue Invader also makes it a requirement to always be aware of your surroundings to dodge enemy attacks as you plan your own. You can slip out of the way and even roll underneath them, which both require timing and skill.

For a one-bit roguelite shooter, Rogue Invader looks like a pretty decent offering all around that should get classic shooter fans ecstatic about what’s to come when it officially releases in February. Not too long now fortunately.

RELATED: The Train Simulator 'Railway Empire' Is Pulling Up To Nintendo Switch Consoles This February

And if you’re looking for something to hold you over in the meantime, you can check out trailers that have come out over the last few months. They give you a pretty good idea of how this isometric shooter plays and the progression you can look forward to.