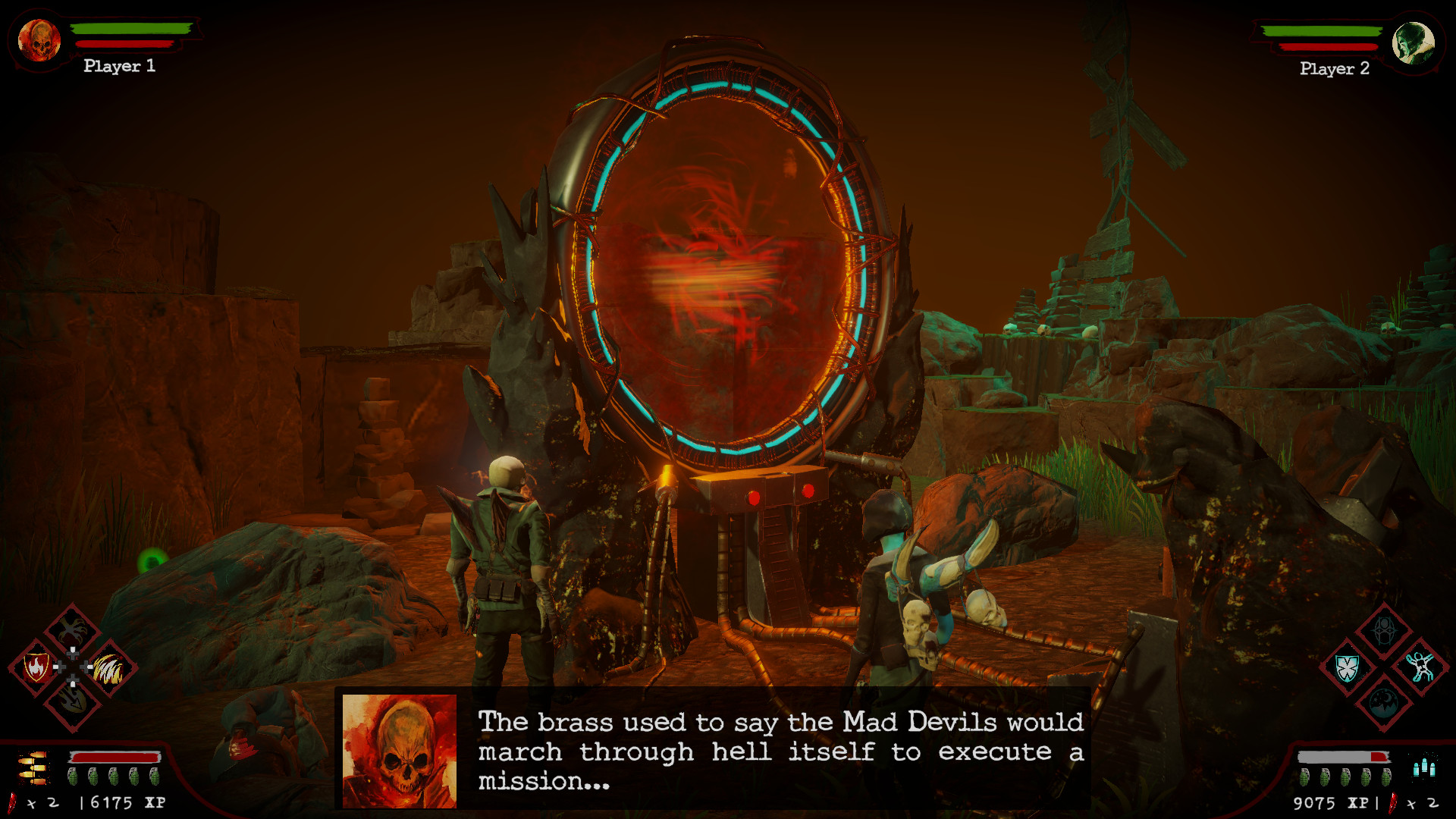 From Canadian developer, Itzy Interactive comes a hellish WW2 twin-stick shooting experience. Mad Devils introduces players to a co-op experience that dives into the depths of hell on the battlefield of one of the most recognizable wars in history. Lead a squad of elite troops on a mission to stop the enemy from summoning an army of demons against the Allies.

This is a unique title that brings a new definition to a bullet-hell experience. Fight through waves of enemies, close the demon portal from the other side, and save the entire world. This title is a strong war theme mixed with a religious aspect that will show the brutality of war through a unique lens.

Simply put, Mad Devils is an arcade shooter set in a WW2 setting that follows the travels of an allied special forces unit. This special group of soldiers hunts Nazi occultists, but then they get betrayed and instead are resurrected as demons on the other side. With hell all around them, these soldiers do the only thing they know how: their job.

This title explores a unique and artistic world full of fire, flames, brimstone, and evil. Stuck in the underworld, the Mad Devils regroup and decide the only way to save their allies is to close the gateway to hell from the other side.

With a mission-driven in their minds, these six special forces troops must explore the afterlife and find their missing comrades. Once the squad is assembled, they must use their new demonic abilities to fight fire with fire and bring down the nazi scheme saving the world once and for all.

While traveling through hell, you can find new weapons, abilities, and more creating an unbreakable army that even the Nazi army can not withstand. Collect demonic crystals across the land and learn to use your powers to cause incredible levels of violence and mayhem.

Explore the many areas of hell that show imagination into the world of the afterlife. While some areas are always on fire, others are covered with plants, frozen by winter, or simply locked in a prison of their own mind. The diverse landscape gives a new look into the pits of damnation.

Explore a legion of hell filled with undead, demons, and Nazis. Kill everything, enjoy the rich story, and explore the opportunities of hellish retribution within this unique and thrilling title. This is a dark title with a rather direct target.

Mad Devils may not be suitable for all audiences. The game controls mature content which includes violence, depictions of hell, and many other items that may not be good for younger audiences.

Interested fans can find Mad Devils on Steam. The game is set to release on Q2 of 2021, so there is a bit of a wait before the title is fully released. 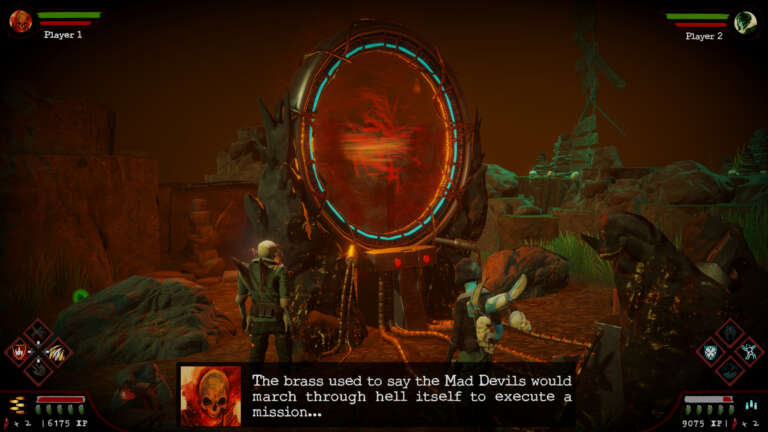