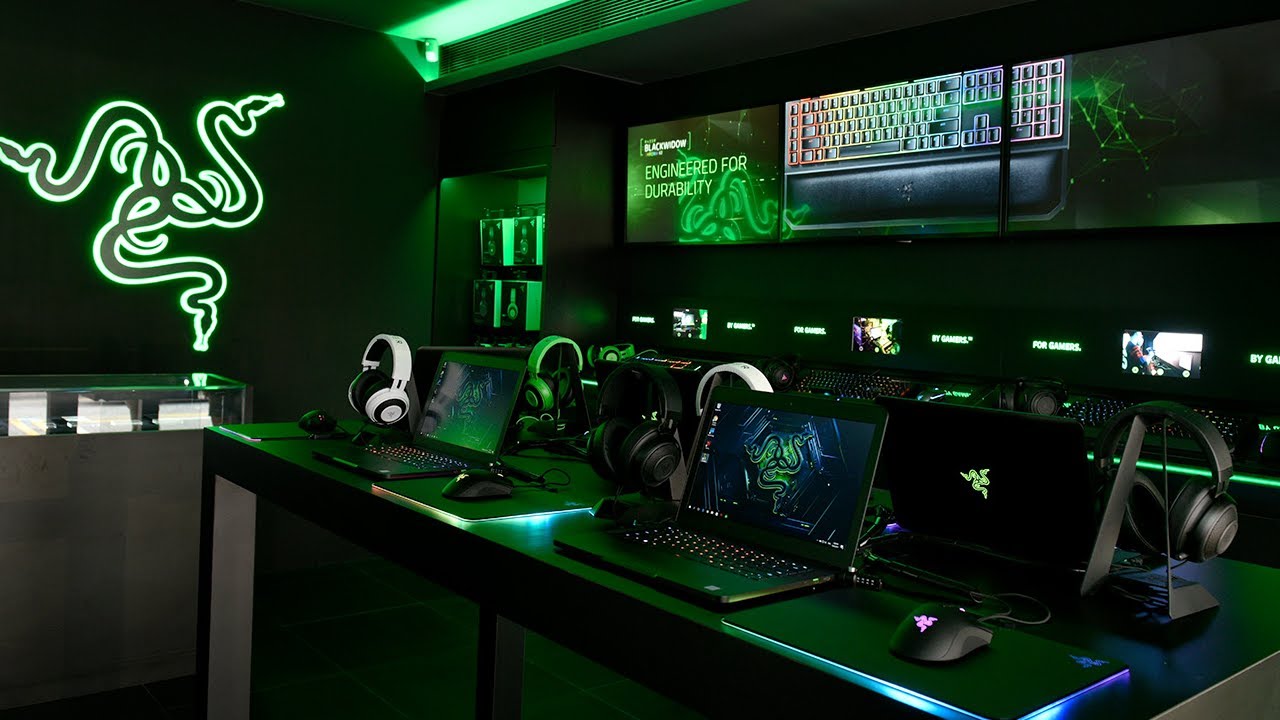 Recently, several vacancies for Las Vegas Razer Store have been advertised. As expected, the San Diego gaming hardware company has revealed that it will be opening the RazerStore Las Vegas (LV). The new store will be located at the heart of gaming and eSports, Las Vegas.

“It was totally natural for us to build our next retail presence in Las Vegas, where so many of our fans would be able to experience and enjoy our entire gaming ecosystem,” said Christine Cherel, RazerStores Global Director. “Together with Caesars Entertainment, we have been scouting for the perfect spot for over a year – and now we have found it, right at the heart of one of the best places for entertainment in the world.”

Introducing the new RazerStore Las Vegas: where the gamer always wins. Join us for our official opening on September 7 to score some fantastic Razer hardware, meet celebrity gamers and play games with us.

The new store will be at The LINQ Promenade, 3545 S. Las Vegas Blvd. #L27, Las Vegas, Nevada, 89109. The Promenade is among the best destinations in the Las Vegas strip with over 22 million visitors annually. The company says that their choice of location is strategic. They aim at growing and fostering the gaming community, and together with The LINQ Promenade, Razer will organize weekly eSports tournaments.

The new store is quite expansive, and the two levels will cover a cool 2,400-square feet. The masterpiece is the centerstage which boasts a massive 16-HD-panel-display wall visible from inside and outside. It will be for broadcasting interactive live streams as well as tournaments in full surround sound for the best immersive gaming experience.

The RazerStore Las Vegas (LV) is like no other. While it is the second Razer Store in the US, it is the largest in the world. It will be bigger than the other Razer Stores in San Francisco, Hong Kong, and Taiwan. It will feature ten 5v5 Battlestations, Razer Quartz Pink accessories, Razer Chroma lighting, dedicated Chroma rooms, and a Razer Streaming Lounge.

The new RazerStore caters for all kinds of gamers. PC gaming enthusiasts now have the chance to witness the power of the latest Razer gaming laptops. Console gamers are not left behind with the Panthera Evo arcade sticks and Wolverine controllers. Mobile gaming lovers can also tap into the power of the new Razer Phone 2 that sports an IGZO IPS LCD with 120Hz refresh rate.

The new Razer fortress in Las Vegas is set for opening on September 7. The company has announced a Grand opening day, and in the list of events, there will be live DJ performance and competitions. Also in attendance will be top gaming influencers including OpTic DI3SEL, MissesMae, AvaGG, and Jericho.

Nov 20, 2019 Kaden Redhead 9550
Razer’s Deathadder Elite is one of the more affordable high-performance gaming mice out there. The device also holds the distinction of being a...

Nov 15, 2019 Kaden Redhead 6210
Razer has unveiled the Kraken, its flagship gaming headset that features 3D spatial audio technology. The company is hanging its hat on the...