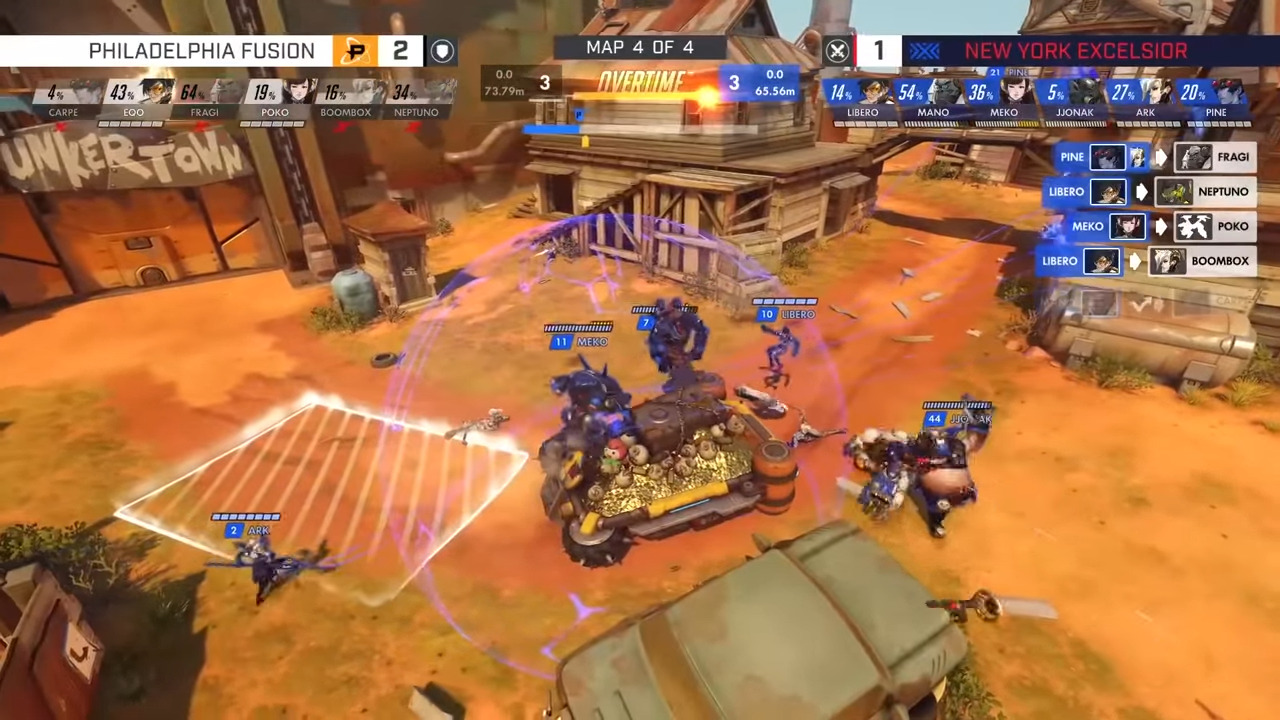 We knew it was plausible, but no one is necessarily celebrating the recent strings of announcements coming from the New York Excelsior.

We’ll start with the good news: Seong-Hyun ‘JJoNak’ Bang has been re-signed to the New York Excelsior for the upcoming 2021 season of the Overwatch League.

RELATED: Blizzard Discusses Elemental Damage Weapons In World Of Warcraft: Classic, Stating The Effect Is Both Bugged And Working As Intended

Not necessarily a surprise; the flex support player who won the T-Mobile MVP Award in the Overwatch League‘s inaugural season of 2018, is well known for his precision under stress and the ability to coordinate large-scale strategies that tend to use him as a fulcrum of sorts.

Pleased to announce that we've renewed @JJoNakLove's contract for the 2021 season. #EverUpwardpic.twitter.com/cOJjsVRnVB

We’ll be experiencing more of the player known colloquially as ‘The Octopus’ (which was mirrored in his MVP skin) in the upcoming season as his preferred supporting role; precisely who he’ll be supporting, however, is still very much up in the air.

Especially considering that Jong-Ryeol ‘Saebyeolbe‘ Park has announced that he’s now looking for a team to play with during the upcoming 2021 season of the Overwatch League. NYXL has dropped their in-game leader who has won a plethora of fans with his ‘married-man meta’ play, keeping a picture of his wife near his monitor while he plays and found more than once holding hands with his teammates on the stage while encouraging them.

For many fans, it was clear when ‘Saebyeolbe’ was on the stage and when he wasn’t: strategies became executed at a high level while teammates were able to immediately rebound from poor plays and decisions.

Yet NYXL’s roster being stacked to the nine’s along with having a fierce in-game leader would prove itself, consistently, to simply not be enough to surmount the odds that the rest of the league would inevitably place in front of them,

The General Manager of NYXL took ready note of fans mourning of the loss of SBB along with a heft of the roster, and took some time to compose a TwitLonger where they explain that funding in tandem with poor results has generally forced the hand of the NYXL to scout new talent and attempt to reform a core that is capable of re-entering the top three teams in the world; a spot that they have long been absent from.

They further note that they understand that the massive roster from the inaugural season, where every player was considered a star, is a large reason that they ended up winning so many fans; unfortunately, they need to continue to be competitive.

It’s a sad day for NYXL fans, as days for other teams have similarly come and gone where fans mourn the loss of a favored player and personality. Here’s hoping that the NYXL can manage a fierce new look for the 2021 season.