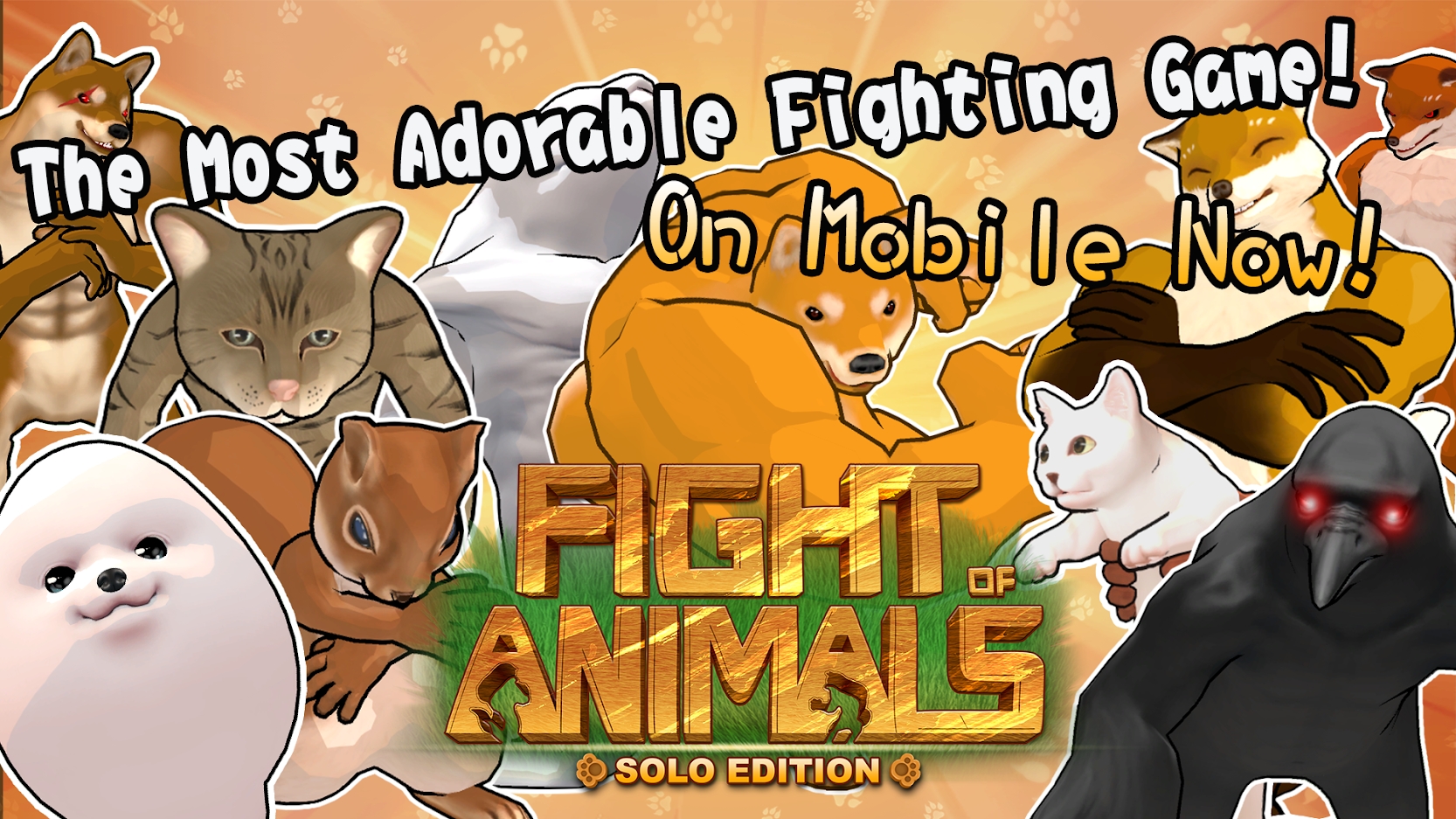 Developer Digital Crafter has unleashed its animal brawler Fight of Animals on iOS and Android. The game’s name has been slightly modified for the mobile release as Fight of Animals – Solo Edition. Previously, the game was launched on Switch and Steam.

Fight Of Animals brings together animals featured in memes. While they don’t share the same names as the meme versions, their appearances are similar. Players can use such fighters as Slender Cat, Power Hook Dog, Mighty Fox, Magic Squirrel. The developer has been releasing new animals into the game occasionally since it launched. If players want to unlock additional animal fighters, they’ll have to keep playing the game.

Fight of Animals’ appeal is that it’s a game anyone can pick up and enjoy. It only requires four buttons to create powerful combos. Combos need simple movements such as indicating a direction and pressing one of the skill buttons. Even if players have never tried a fighting game before, they can enjoy Fight of Animals with confidence.

For those who need an extra boost, the Training Mode helps players learn each animals’ unique skill sets. Players can spend as much time as they want to practice before starting the real battle.

The title also features a mini-game when players need a break from the fight. Players help a cute seal back into the sea. If players are really good at the mini-game, they can rank on the leaderboards. There are also other silly games like poking boxes to reveal an unlockable character or the “Challenge Mode.” In this mode, players can choose their favorite character to attack a giant seal to get as many points as possible.

Unfortunately, the mobile version does not have online play. The online play version is currently available through the Steam port if players want to complete online.

Players who want to play the original game at a cost can purchase it for PC via Steam or on the Nintendo Switch. The mobile version is available for free. The paid versions come in two options, with only the base game or the game with ten additional costumes.

The mobile edition of the game was first announced on social media but not on the Steam store page. At the end of June, Digital Crafter teased the release. Fight of Animals – Solo Edition was later launched on mobile at the beginning of July for free.

Fight of Animals – Solo Edition is available now on iOS and Android.

Red Dead Online Is Finally Getting A New Update On Tuesday, The First In 2020