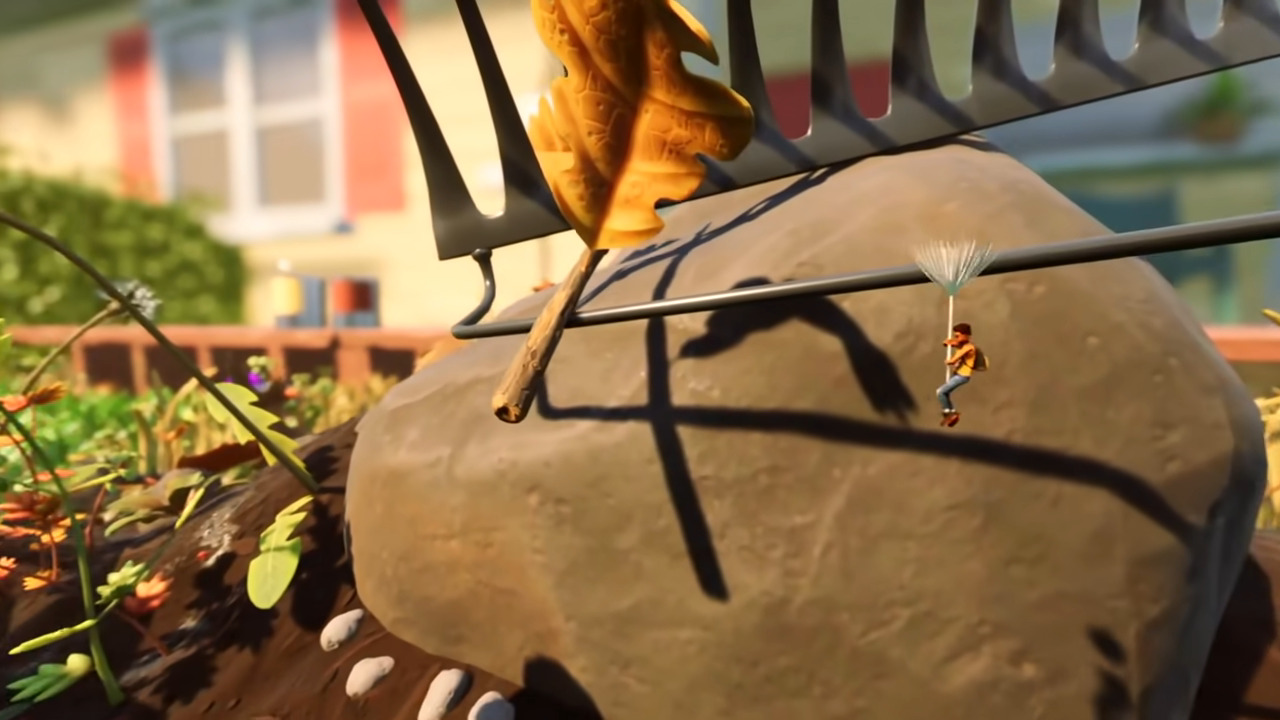 Grounded hit the ground running after the Xbox Games Showcase, opening up in Early Access as of July 28, with all of the nuance and charm that we were hoping for.

Unfortunately, right out of the gate, Grounded struggled with reviews within Steam as users were frustrated with the lack of content, bugs, graphical fidelity, resource intensiveness; general Early Access things that most users would expect when a studio opens the doors to a brand new playground.

Early Access program is typically a mess that involves troubleshooting, bug reports, and talking with the developers about what you do, and do not, like.

Yet Grounded was dragged through the mud for the first two days by multiple reviewers for being Early Access.

All signs point to danger.

This is likely due to one of two things, barring the idea that everyone who offered a negative review is simply dumb: the first is that Early Access applications within Steam aren’t clearly noted as such, and the second is that the term ‘Early Access’ has been wrangled by unscrupulous developers.

Within Steam, there is a pretty large box on the store page every Early Access title that unwaveringly states in all capital letters: ‘EARLY ACCESS GAME’.

The box continues with a generally boilerplate spiel on why they elected to open into Early Access, what they’re looking at, and you can typically find some form of a development plan in there too.

The second option seems a bit more likely; Early Access has been used in the past to, some would pose, downplay the number of bugs while offering in-game microtransactions. Leaving a title that never leaves Early Access, but otherwise operates as a fully-released title.

Thus, we end up with an overwhelming number of users that go into Early Access presuming that it’s a fully-realized and developed title with a smattering of bugs; this could not be farther from the purpose of Early Access.

With early backers offering the developers financial support of an ongoing project, in exchange of being able to influence development by concise feedback delivered in a timely manner, Steam’s Early Access program offers both developers and users a two-way street of communication and discussion about the great ‘what could be’.

Deep Rock Galactic used this to great advantage, as did Dead Cells; other titles struggled with the yoke of Early Access, such as ARK: Survival Evolved.

One final Tweet about Grounded market performance so far

Grounded was developed by 13 people in 2 years. It's hit 1+ million players in 48 hours and is still currently the #1 selling game on Steam globally

The return on investment for Microsoft and Obsidian on this will be huge pic.twitter.com/u22JmRFgZj

Grounded has since shaken off the negative reviews that left it in a ‘Mixed’ state on Steam, with the pendulum now swinging wildly towards a far more favorable look, yet the library is consistently littered with notes that optimization is lacking, or there needs to be more story content.

It’s bound to be frustrating for a developer to open up communication channels, and only hear back that their title is actually in Early Access. In case they didn’t know.

Nov 11, 2020 Jeremy Green 5290
Grounded has been pretty successful thus far for Obsidian Entertainment. It uses the same ideas found in 'Honey, I Shrunk the Kids' -- letting...

Oct 26, 2020 Harry Alston 10760
Obdisian's Grounded is receiving its next big update in November, and while the monthly deliveries of content have kept the game feeling fresh, this...

Aug 27, 2020 Harry Alston 6610
Grounded entered Early Access at the end of July, and although showing a lot of promise, the game was still relatively devoid of content beyond...