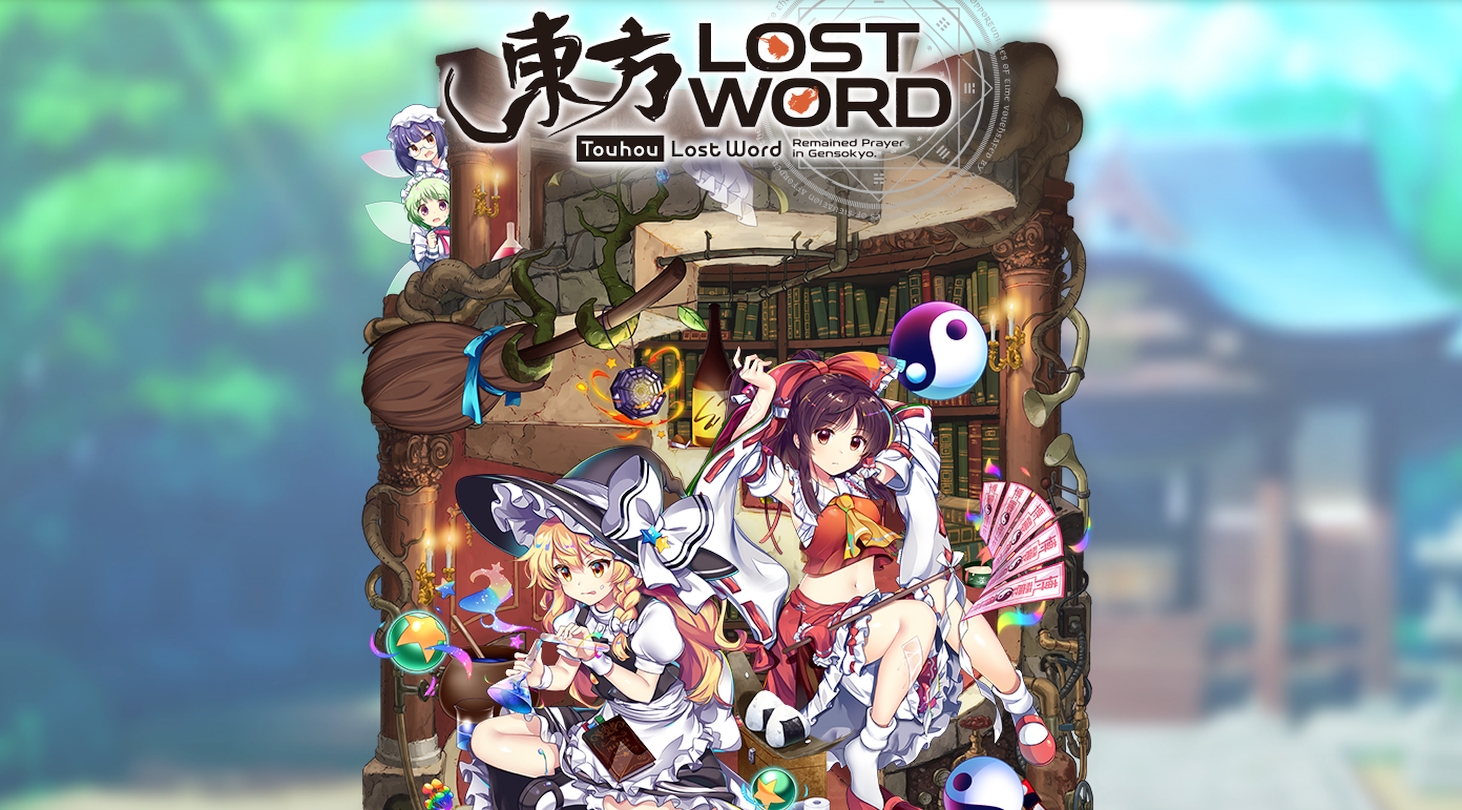 Good Smile Company and NextNinja are teaming up to release Touhou Lost Word globally. The title is a mobile game that was previously released in Japan. The company is celebrating the upcoming launch with various campaigns on social media, including a pre-register campaign.

Touhou Lost Word is a Touhou Project-themed RPG playable on a smartphone. An incident has occurred in Gensokyo involving a mysterious lost world. It’s up to characters from the Touhou Project, including Reimu and Marisa, to solve the mystery.

The game uses Touhou characters who can use various spell cards. Players can choose a specific character to build their skills. Up to six characters can team up and participate in the battle. The game also added a special feature to change a character’s clothing and three types of character voices.

The official social media accounts have been releasing additional information about the Touhou characters and two sizes of mobile wallpapers. The first character to be introduced as Marisa Kirisama, the best ordinary magician in Gensokyo. She uses the power of bullets to defeat her opponents. The game’s Twitter account continues to introduce new characters weekly.

All your favorite characters are coming to mobile!

Touhou Lost Word uses a “gatcha” style of gameplay for getting additional characters. Pre-registering for the game will help players earn more currency to give them an upper hand before starting the game. Otherwise, the in-app purchases range from $0.99 – $89.99.

Touhou Lost Word’s pre-registration campaign includes several tiers. Pre-registering can be done through email. The first tier at 10,000 users unlocks Reimu and Marisa, who can be raised up to five stars. After that, an additional 10,000 users will unlock additional Seal Crystals and coins.

All pre-registration content will be given out after the game launches. If more than 200,000 users pre-register, the developer will add more unlockable tiers. Only those who pre-register will receive these bonus items.

Touhou Lost Word is a free-to-play game but has in-app purchases. The game brings together multiple illustrators and musicians to help bring the game to life.

RELATED: Fortnite Finally Gets Split-Screen Capabilities, However It Is Only For Xbox One And PS4 Gamers

Although the official global website and social media accounts are available now, there’s no official release date at this time. The first trailer is now available for those who want to see the game in action before it launches in the future.