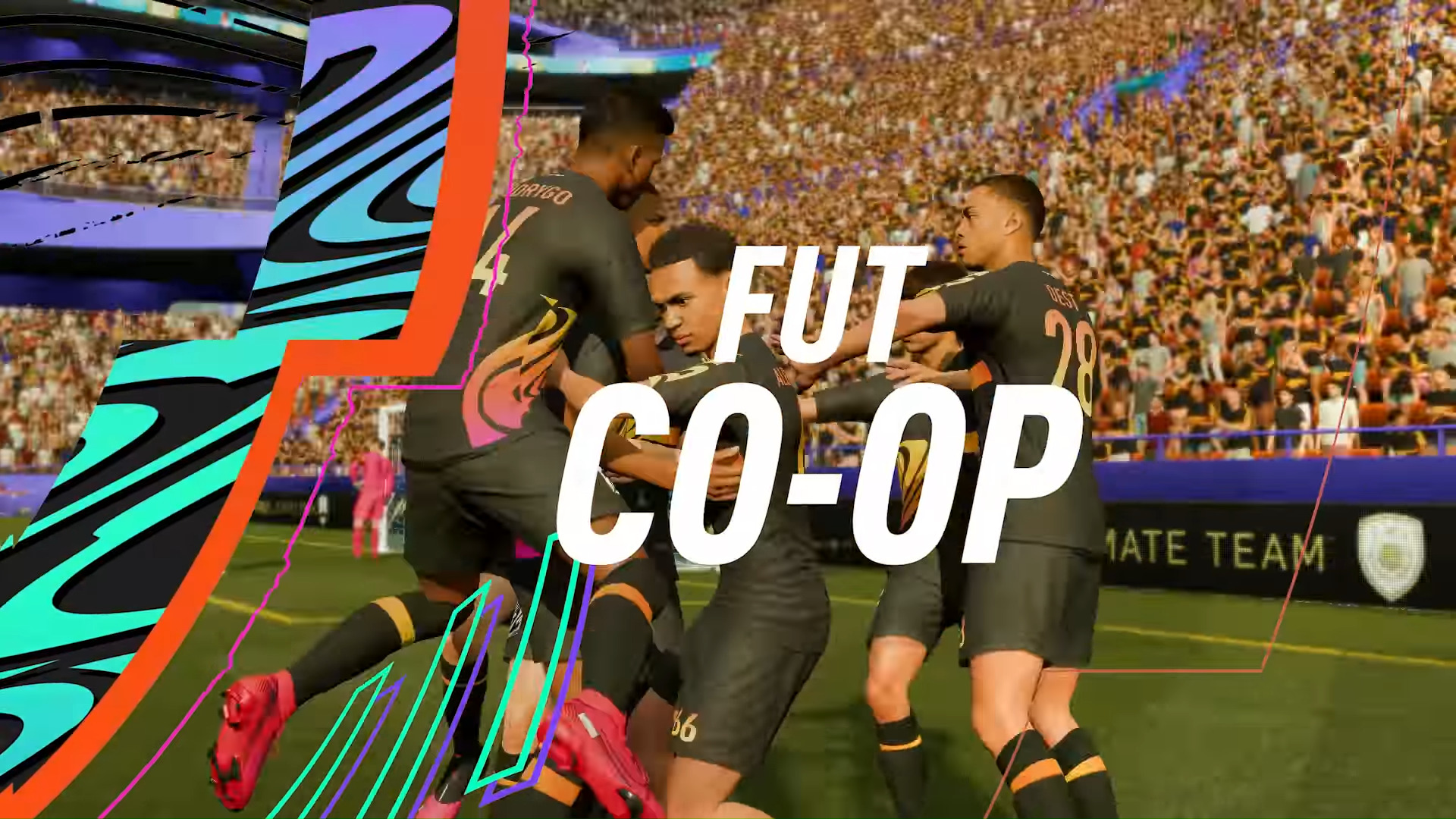 Every year, FIFA is announced with fanfare and hype, with some of the biggest names in football getting involved with the game’s release. The new FUT21 trailer just launched, and so far…everything doesn’t look too bad.

What’s most exciting about the upcoming FUT in FIFA 21 is how social the gameplay is set to be.

In the past, FIFA Ultimate Team has been an isolated experience, especially in FIFA 20. With gameplay as poor as it was, and Champs as sweaty as ever, it actually felt like a chore to play the game.

Thankfully, EA has made some changes to FUT which mean you’ll be able to play with your friends using the same FUT club.

This is a great change and will definitely make grinding out those rewards each week much more enjoyable. You’ll still have to solo the Champs though.

Co-op is also available for playing against Squad Battles and Friendlies. Rewards are shared between both players.

There will also be new Community Events that are completed with the larger FIFA community as a whole. Different events will have different player’s teams – a bit like the current TOTW Squad Battles team.

More ways to play with your mates 🎮🎮

A brand new home to make your own 🏟

And opportunities to team up with the #FUT community 🤝

Welcome to #FUT21. The most social FIFA Ultimate Team ever https://t.co/rPrbaghAEq pic.twitter.com/x4Q7PBk5Hl

Other changes to FIFA 21’s Ultimate Team are the new Meaningful Moments cards. These are based on the live performance of players. If Trent scores a curling freekick, this card gets a big boost to its free kick stats.

The “Core Mode Improvements” are sort of vague and this is always the most important part of FIFA. Players were worried about some of the better defending mechanics (more AI autoblocks, YES) but the new creative run tool looks pretty cool.

A pretty huge change is the removal of fitness cards in FUT21. These have always been a bit annoying and take away from the overall gameplay experience as it always meant extra time in the menus for no reason.

In terms of customisation, FIFA 20 included some new Stadium items like TIFOs and badges. FIFA 21 FUT will have even more ways to improve the look of your stadium, from new TIFOs to crowd banners and even walk-on music for your players.

Lastly, FUT21 will include 100 Icon players. The new players include the king, Eric Cantona, and Philipp Lahm (among others.)

FIFA 21 is set to release in the next few months. After the disappointment that was FIFA 20, players should be cautious about EA’s next rehashed title, even if these new features look pretty interesting.

Gen.G Bounced Back In League Champions Korea Summer Split With A Win Against SeolHaeOne Prince