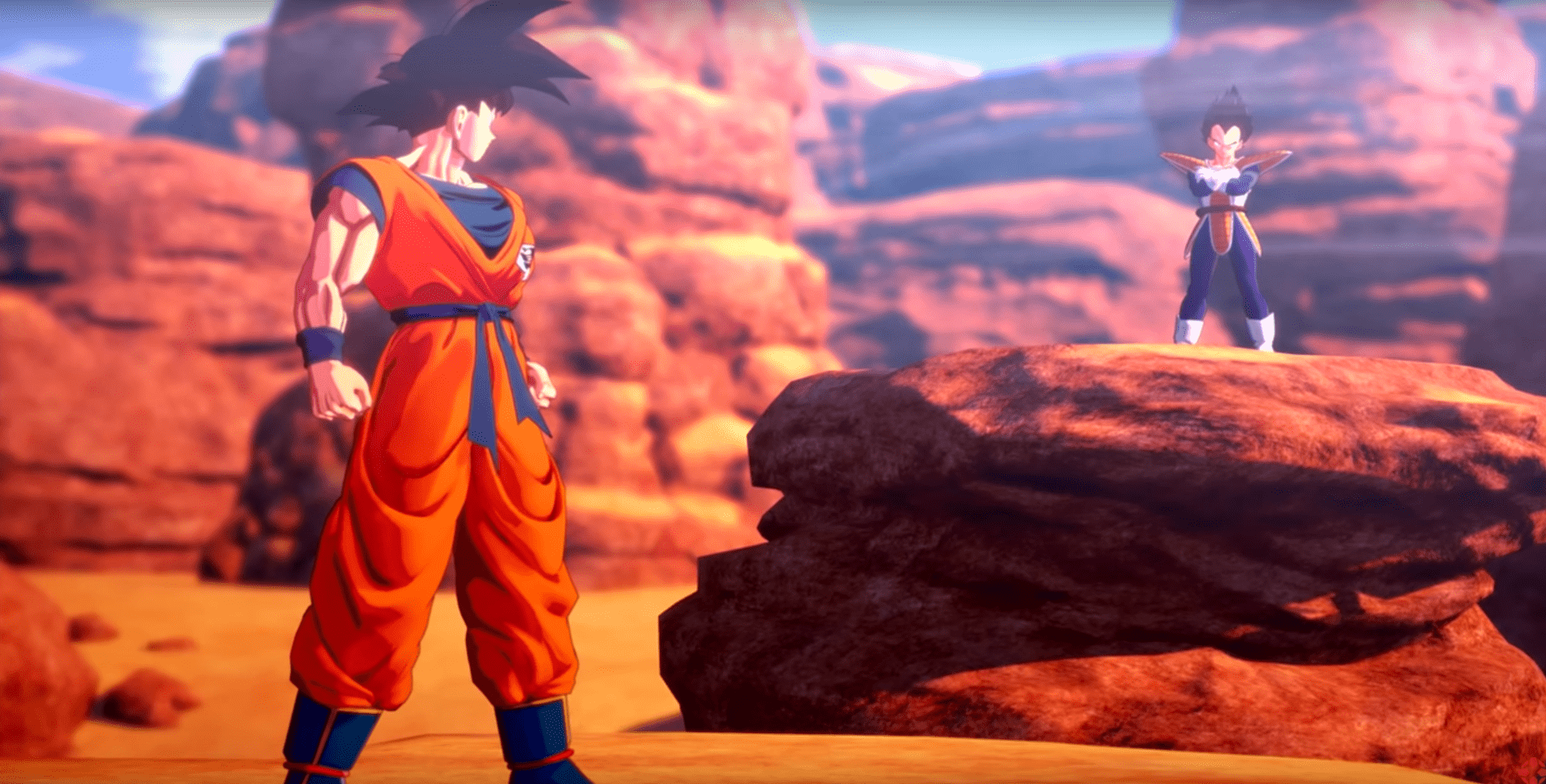 When a Dragon Ball Z fan thinks about some of the greatest battles in the anime or manga, typically, the first battle between Goku and Vegeta comes to mind. This was the first meeting of two fierce rivals, and often reluctant allies.

So, naturally, when a new Dragon Ball Z game is being made to tell Goku’s story extensively, this battle between him and the prince of all Saiyans is a crucial fight to get right.

The gameplay video starts with Goku and Vegeta flying off to an appropriate place to fight it out, leaving behind Krillin, Gohan, and the fallen Z-fighters. Vegeta has just disposed of his companion Nappa and is ready to see what the other last living Saiyan has to offer.

The first fight in the gameplay video takes place, and once Goku depletes all Vegeta’s health, a cutscene plays with the classic energy blast battle. It’s Goku’s Kamehameha wave infused with Kaioken times three versus Vegeta’s Galick Gun, with Goku pulling through with the more powerful attack.

Of course, Vegeta is far from defeated, and he transforms into a giant gorilla. The gamer then battles the oversized ape, and once he depletes Vegeta’s health points, Goku tries a Spirit Bomb but is grabbed at the last moment by Vegeta’s massive gorilla hands.

This part of the show is well known by veteran Dragon Ball Z fans, as all hope was seemingly lost. Goku, who was drained of all energy from using the Kaiokan, was now having the life squeezed out of him.

However, arguably, the greatest heroic act in the whole saga was done to save Earth, Goku, and the Dragon Ball franchise. Yajirobe came out of nowhere and cut off Vegeta’s tail, bringing him back to his normal, human form.

After a little more struggling, Vegeta, who is now exhausted, broken, and with a fractured pride, gets back into his Saiyan pod and leaves Earth.

The Saiyan saga is one of the most critical sagas in the Dragon Ball franchise. It acquainted the show’s protagonist with his most fierce rival, and ultimately, one of the most beloved anti-heroes.

There have been multiple gameplay videos released by IGN, including an open-world tour during the Buu saga, and a nine-minute battle between Vegeta and Majin Buu. If gamers are interested in seeing those, they can head over to the official IGN YouTube channel.