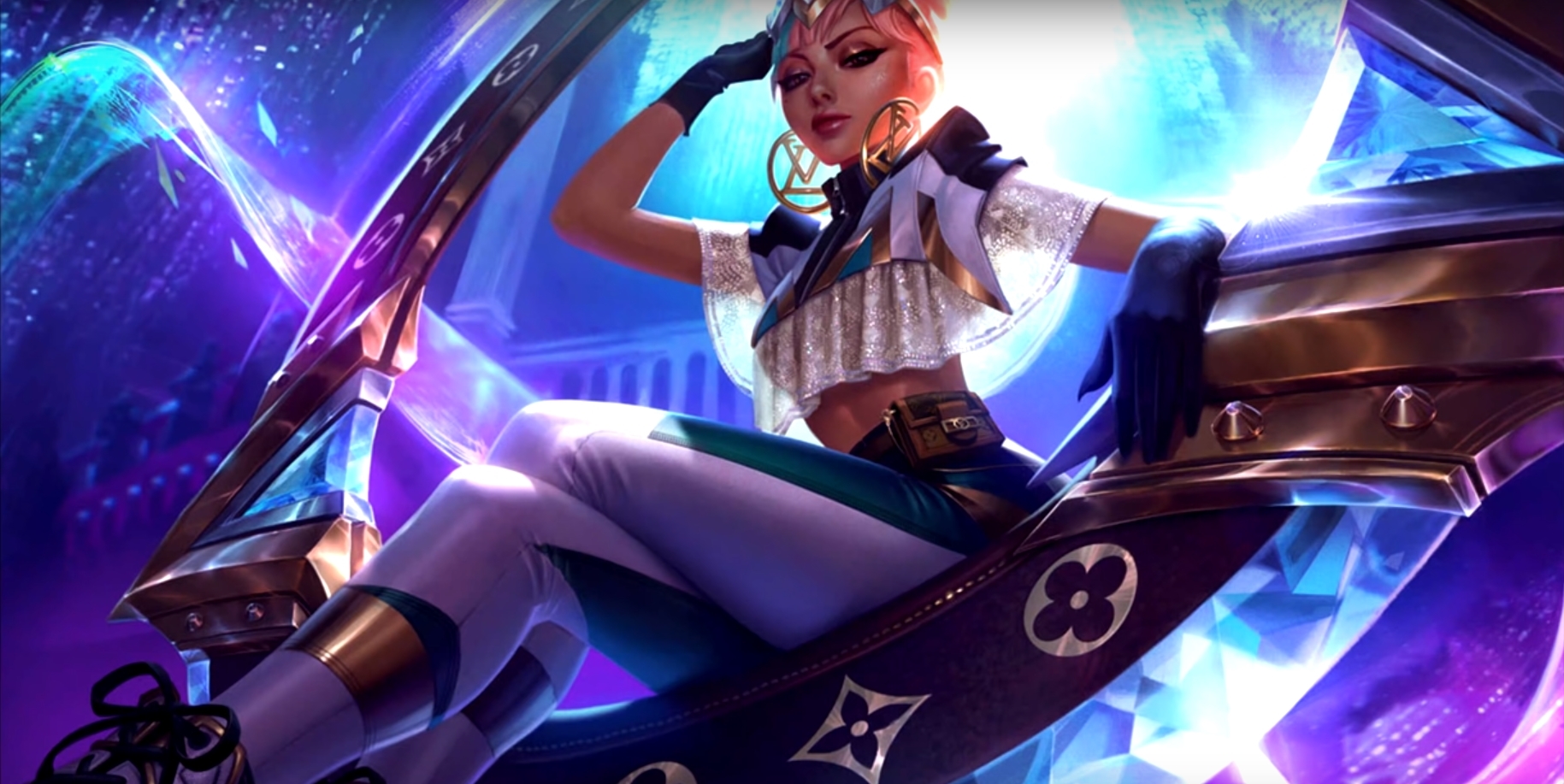 Because why not, right?

Video games have poked more and more into popular culture as the decades have gone by. In many ways, we’re currently living in a golden age of gaming not dissimilar from the original explosion we saw in the late 1980s and 1990s. Online play and esports are the most popular of these, with massive stadiums being home to enormous tournaments held for the most popular of games. Among those titans is Riot Games’ League of Legends.

Most games have merchandise nowadays, and League of Legends is no stranger. Popular in practically every part of the world and one of the most-watched esports, practically every professional team has their own line of merch, with Riot selling plenty of their own.

So where do you go with your merchandise when you’re one of the most popular games in the world? According to Riot Games, you go into the world of designer fashion.

Louis Vuitton and Riot have been partnered enough that there are a few in-game items that carry the brand. Some champions, namely Qiyana and Senna, have prestige edition True Damage skins, which alters the champion’s outfit to have the trademark Louis Vuitton logo over them.

Thankfully, these skins don’t cost what you would expect a Louis Vuitton product to cost, though they are a bit harder to unlock. Senna’s prestige edition hasn’t been added yet, but to unlock Qiyana’s, players must have purchased the 2019 Worlds Pass for a bit over $10 of the in-game currency, Riot Points. Afterward, players still need to grind out enough games to earn the tokens to unlock the skin. Just like the real thing, not just anyone is going to be able to pick up the Louis Vuitton skin.

But that’s what League of Legends got out of the partnership. What about Louis Vuitton’s gear?

Well, as you would probably expect from the deluxe designers, you got a lot of clothes worth several thousand dollars. You can find bucket hats for USD$730.00, a T-shirt for USD$670.00, or even a nice hoodie for USD$2,420.00.

Jokes aside, the clothing line is really rather varied and offers a lot to those that are willing to drop a few thousand dollars for a purse. While it isn’t the kind of merchandise you’re going to see at every convention, it’s an interesting moment in video game history when a popular esports game ends up with a designer merchandise line. Maybe this time next year we’ll see the FORTNITExGUCCI line dropping – or would it be World of Warcraft and Versace?

Jul 5, 2022 Tom Lee 2100
A new League of Legends champ is on the way, and she's begun her corruption campaign in an unexpected place - on the game's history page. Astute...