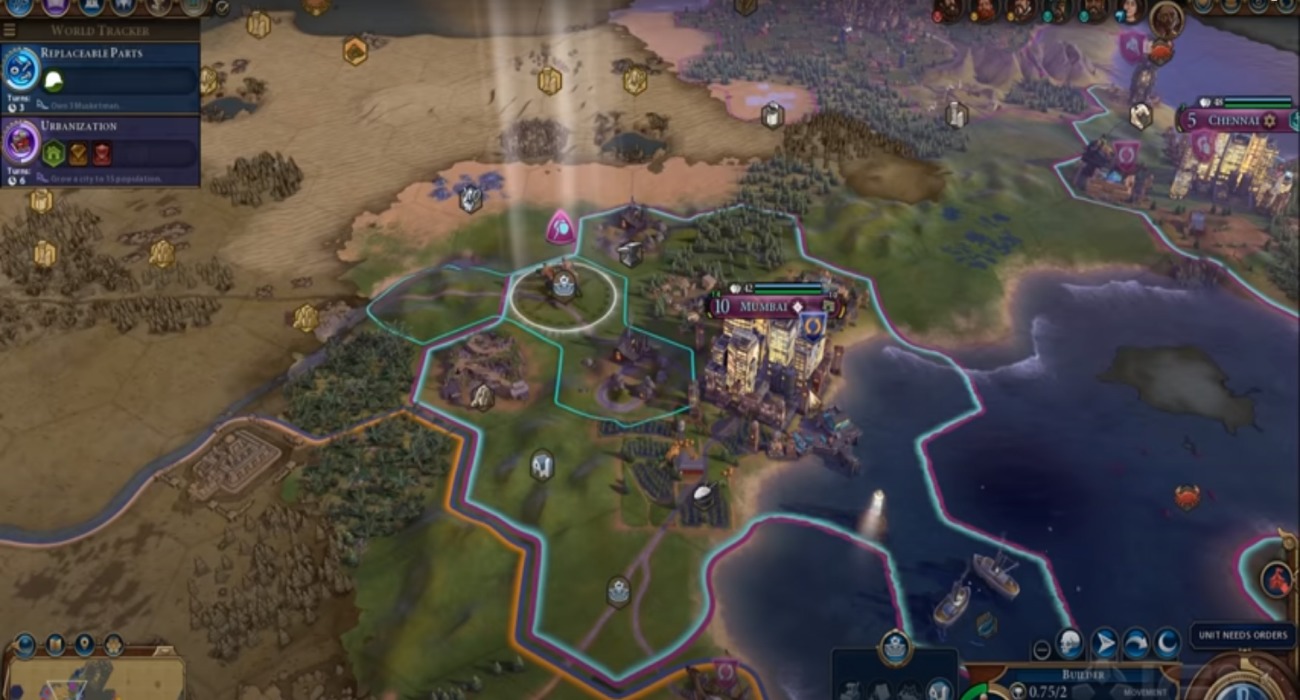 Civilization VI just received one of the biggest updates the title has ever received, working to overhaul a huge amount of content for the title. There’s a huge amount to cover in the patch – certainly more than can be covered in a single write-up – so we’re going to be focusing in on only the Barbarian clans.

Yes, one of the more asked for features for quite some time has been new Barbarian types for the Civilization title to help shake up the early game and provide more than just a bit of an annoyance from the Barbarian mobs that spawn in. Firaxis heard the players and responded in kind.

RELATED: The Elder Scrolls Online Continues Season Of The Dragon With New DLC Dragonhold On PC/Mac

There are seven new clans coming to the Barbarian if players choose the new Barbarian Clans game mode. This also causes it so that the clans can turn into City-States if the players leave them long enough, or supports them into becoming such.

The first is the Flatland Clan, which prefers to place their Outposts out in open terrain. They tend to attack with a focus on melee units and leave their ranged units on defense, making them easier to defend against and a bit of a hassle to take down.

Second is the Woodland Clan, which leaves their Outposts closer to woods and rainforests. They focus in on ranged units rather than melee both for attack and defense, making them easily dispatched by melee if you can close the distance.

The Hills Clan places their Outposts near hilly open terrain, and focus heavily on melee units. Firaxis states that this focus on melee is strong enough that they may exclude ranged units entirely, making them formidable and limited at the same time.

Next is the Rover Clan, which requires nearby Horses and places their Outposts in terrain away from the woods. The Rovers will focus on Mounted units as much as they can with no preference for ranged or melee units, so long as they’re horse-bound.

The Chariot Clan is a bit of an upgrade from the Rovers, preferring to place their Outposts in the desert terrain. This clan will focus on vehicles and light cavalry, rarely focusing on ranged units at all if they’re able to.

The Jungle Clan requires an Ivory resource nearby and prefers to place their Outposts as near the Rainforest as possible, often placing them inside of the terrain when they can. This clan prefers a mixture of light and heavy cavalry units and utilize both foot and ranged units to help those mounted up.

Finally, we have the Seafaring Clan, which will always place their Outposts on coastal plots without exception. These clans defend their outposts with land-based anti-cavalry units, but will otherwise focus entirely on naval units for scouting and attacking without a preference for melee or ranged units.

Feb 27, 2021 Kenny Kimberly 5430
Civilization VI just received one of the biggest updates the title has ever received, working to overhaul a huge amount of content for the title....

May 21, 2020 Jeremy Green 4920
The Epic Games Store has been clutch as far as free offerings go. Every week, there's a new freebie that PC gamers have the chance to add to their...