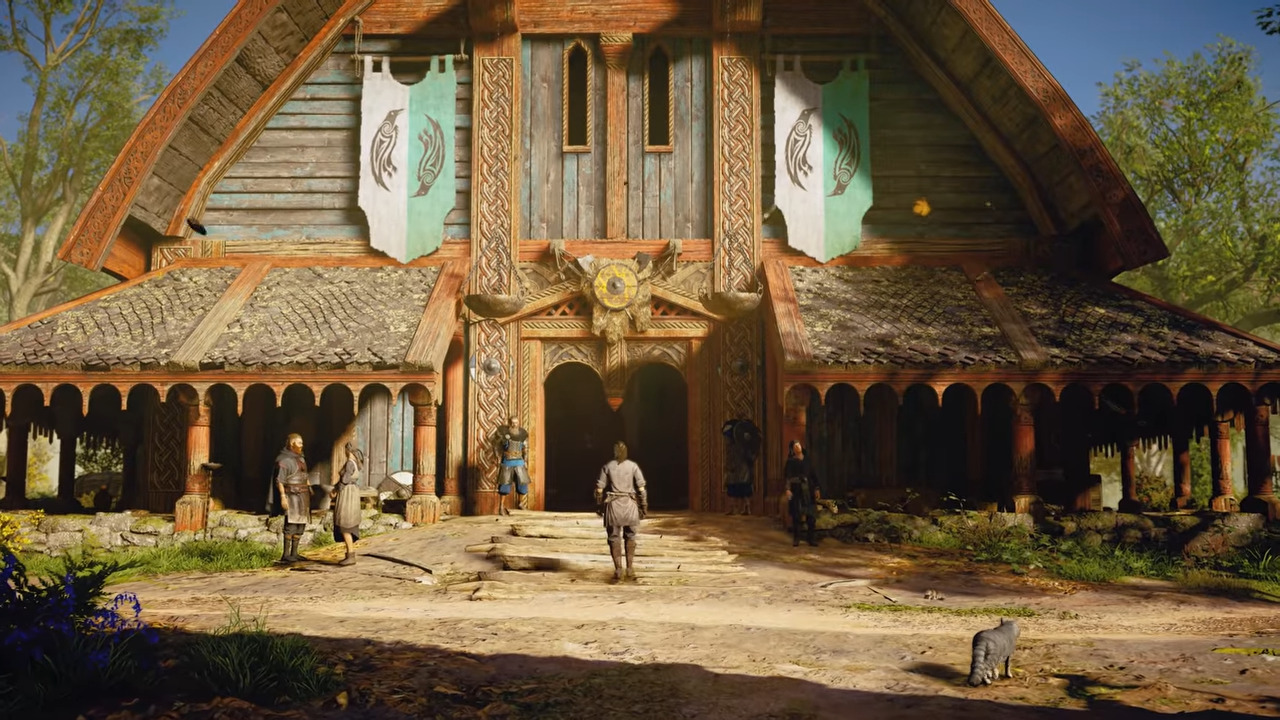 We previously posted a small handful of tips for those starting out in Assassin’s Creed Valhalla, in hopes of giving you a slight edge. It’s a vast, complex game, and there are plenty of little tricks and bits of advice that aren’t immediately apparent.

So here we are with another handful of tips, tricks, hints, or whatever you’d like to call them. Let’s talk about upgrades and quick saves!

Purchase Raw Materials Rather Than Scavenging Them

There are two main raw materials that are used to upgrade your equipment: iron ore and leather. Note that this is different than ingots, which you take to the blacksmith for more substantial upgrades. These improvements you can make on your own, and they’ll steadily ratchet up the equipment’s stats.

You can get leather from hunting almost any animal. Deer, foxes, pigs, various birds, you name it. Honestly, leather can stack up fairly quickly. In the early game, it doesn’t take much to upgrade your equipment, so hunting will likely get you there. As the game progresses, however, hunting won’t really cut it.

Mining for iron ore is never very productive, even in the beginning. Each deposit you destroy will yield about two to five pieces, which isn’t very much. On top of that, the deposits aren’t that abundant.

In both cases, you’re better off just buying the material from vendors. You’ll accumulate silver quickly as you play, and vendors only charge one silver a pop for leathers and chunks of ore. It’s a much, much quicker way to get your materials.

The upgrades talked about above are ones you can do yourself with the required amount of leather and ore. As stated, these upgrades will slowly bump up your stats, making your equipment more powerful and effective.

Taking your equipment to a blacksmith requires ingots, which are much harder to come by, and generally found in chests and on powerful enemies. Upgrading your equipment with ingots will get you new rune slots, a visual overhaul, and, most importantly, it will increase the stats cap.

RELATED: Diablo III Season 18 Is Coming On August 23, Here Are The Patch Notes And Highlights

Using leather and ore, you can only upgrade your equipment so much before you have to bring it to a blacksmith.

There’s A Quick Save Function

As any PC gamer will tell you, quicksave is a gift from the Gods. It’s just as helpful in the console version of Valhalla, as well. Unfortunately, its existence isn’t made super clear.

When you hold down on the D-pad, you’ll get access to half a dozen actions, from calling a raid to lighting a torch. However, if you look underneath the wheel, you’ll see a small little prompt for quick saving. It’ll be X on Xbox and Square on PlayStation. Just hit the button to make a quick save file before you jump back into the action.