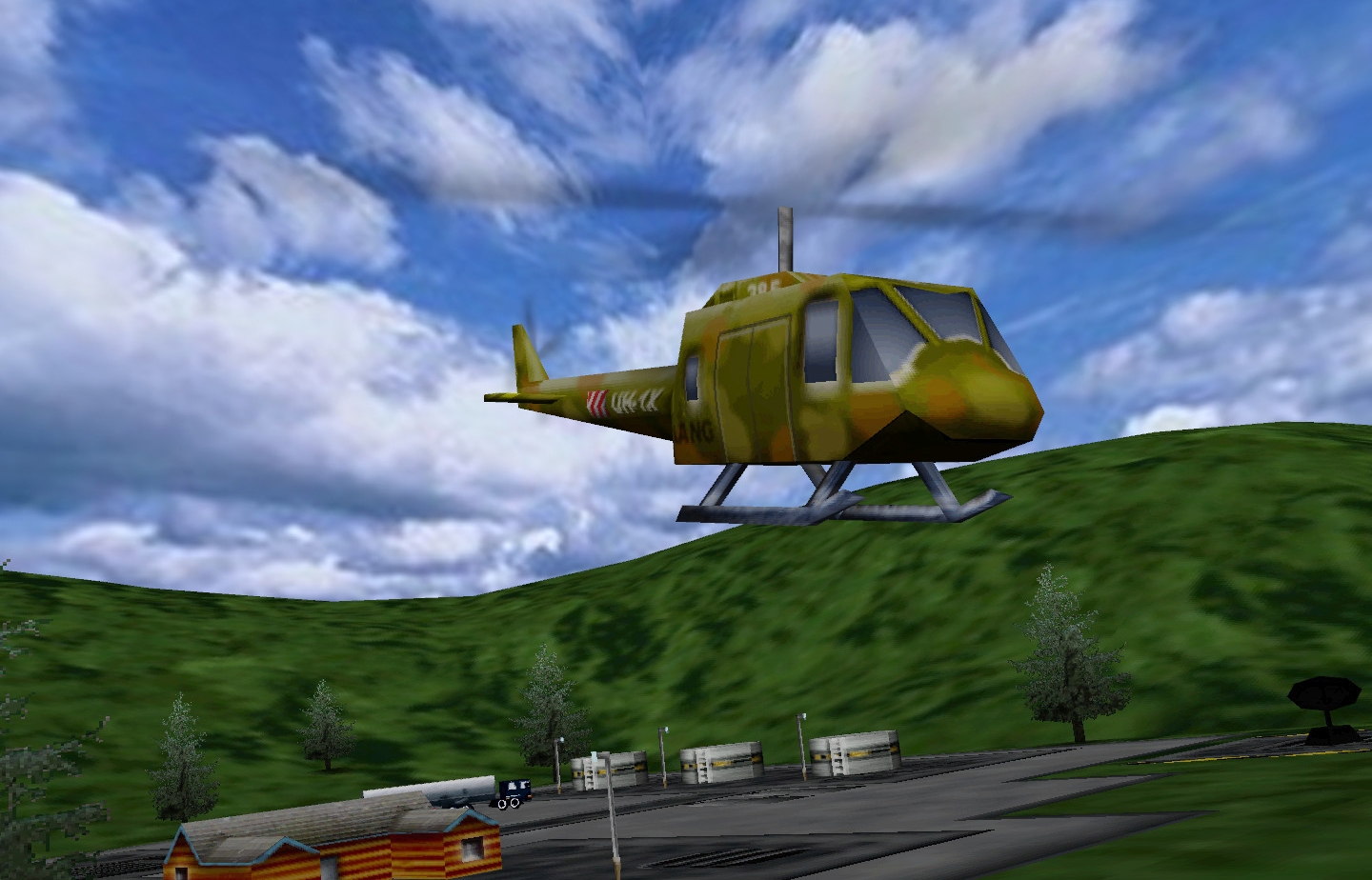 Publisher Ziggurat Interactive has been working hard to spread awareness of retro titles for players who may not have had access to the titles or were not yet born. The publisher recently released Super Huey 3, but with enhancements that players of the past can enjoy today.

The Super Huey series was initially released in 1985 from Cosmi Software for the Commodore 64. It was the first helicopter flight simulator launched on home PCs.

Super Huey 3 is a direct sequel released in 2000 but contains even more combat missions and rescues. The game contains realistic controls, a variety of weapons like rocket launchers, bombs, and a Gatling gun.

Before starting the game, players can learn how to play in three training missions. The game contains 35 missions, each with a unique challenge. After the main campaign is completed, there are three additional bonus missions.

Kick back and enjoy a relaxing sunset as the missiles fly by. Super Huey™ III is now on GOG and Steam at 33% off. #RetroGaming #PCGaming #RetroGameSearch #retrogamer #PCGamer

While in the game, players can switch between first and third-person views, including a unique missile camera. This will be necessary when battling multiple enemies on land and in the air. Enemies include enemy choppers, tanks, patrol cars, and even floating air balloons.

As a helicopter sim, Super Huey 3 has realistic controls. The onboard controls have important information like “air speed, altitude, radar-assisted target location, and the current state of your arsenal of weapons, rounds of ammunition, and fuel reserves.”

The new release has been enhanced by the original developers of the game. They include graphical improvements, UI changes, and ensuring the game runs well on modern hardware.

Regarding the release, Michael Devine, SVP of Business Development at Ziggurat stated:

We at Ziggurat are so excited to revive this classic helicopter game. Super Huey III has sold millions of copies since its release in 2003 and now it can be enjoyed for the first time as a digital download game by a new generation of fans.

This isn’t the last classing title that Ziggurat Interactive plans on releasing this year. The publisher has continued its monthly “Retro Fridays,” where they highlight 3-4 titles and release them digitally on PC storefronts. Hopefully, the revival of these titles will help players gain interest in titles from the past and not just sticking to new titles.

Super Huey 3 is now available on PC via Steam and GOG.

Aug 16, 2022 Michael Gunn 110
To undo the mistakes of the original's terrible release, Microids has published the first gameplay of the XIII remake. Fans can take a good look...

Aug 15, 2022 Tom Lee 180
Stranger of Paradise is receiving a seasonal set of DLC, so the game's unfavorable reaction hasn't precluded any future ambitions The events of the...

Aug 15, 2022 Tom Lee 230
This year, a new RPG with a soccer theme will be released. Real-time soccer matches and turn-based combat are features of the open-world game Soccer...