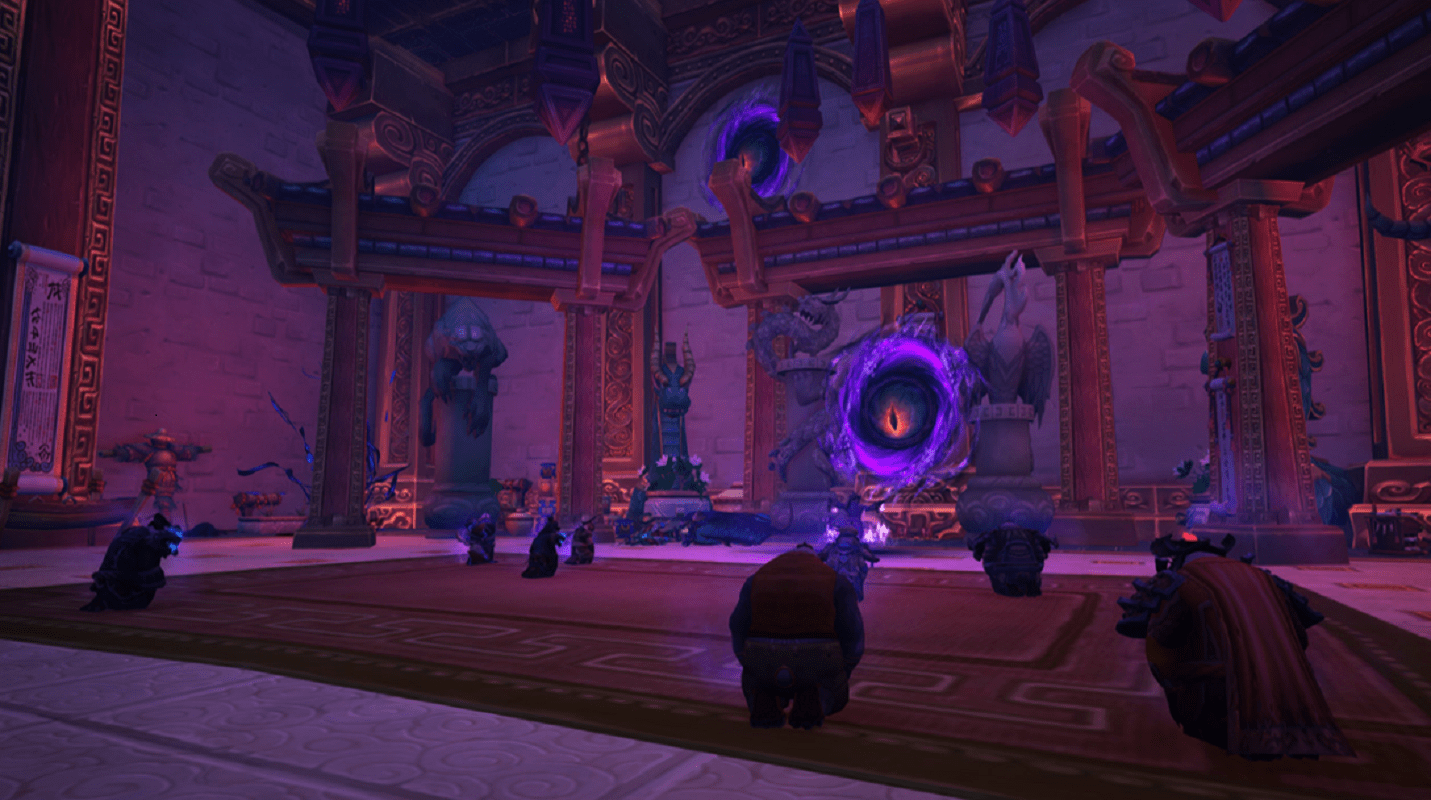 World of Warcraft: Battle for Azeroth gamers have an exciting week to look forward to as the massive content update called Visions of N’Zoth launches on January 14th! This is a vast update that promises to add and change multiple features in the game.

By clicking the link in the embedded tweet below, gamers can get a great overview of what to expect with all the new features.

Steel yourself against N'Zoth's Horrific Visions and witness the ov̶̲͔͌͆̋͌̈e̷͍̻̻̤̯̊rwhelming miǵ̵͉ht of the Old Gods firsthand in new Assaults.

Learn m̷͇̪͂̄ore about these new features coming in Battle for Azeroth: Visions of N'Zoth on Jan 14.

Endgame players will be able to venture into a new raid called Ny’alotha, the Waking City, where there are 12 fresh raid bosses for players to learn and strategize for.

The Battleground Deepwind Gorge has gotten a redesign. It now has five capture points, like Arathi Basin. Players will fight to take control of the Ruins, Shrine, Quarry, Farm, and Market. As players hold the areas, they will gain resources, and the first faction to 1500 resources wins!

A feature that has had a decent amount of buzz around it is Horrific Visions. This mode is an instance that one to five players can navigate through.

“While experiencing a Horrific Vision, your sanity will be under constant attack, increasing the instance’s difficulty—and forcing you to leave before you’re consumed by insanity.”

All these features are just the tip of the iceberg with the Visions of N’Zoth content update.

Players can also expect a new Brawl, Warfront, the Darkmoon Faire Arcade, a Legendary Cloak called Ashjra’kamas, Shroud of Resolve, and much more!

If there is something that Blizzard has always been good at, it’s saving a bunch of content to release together in one massive, event-like occasion. Visions of N’Zoth is sure to breathe new life into Battle for Azeroth.

Call Of Duty: Mobile Will Be Getting The Old School Map 'Scrapyard' In Season 3